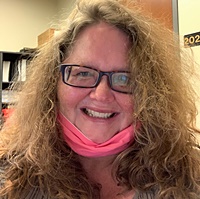 Kayla wanted to kiss a man at 12:45 a.m. under the midnight sun during the finale of the fireworks display in Eagle River, Alaska. That was her goal.

“It would be sooooooo romantic,” she told her girlfriends that evening as she dressed in a white skirt and patriotic T-Shirt  for the gala celebration at Lion’s Park. She had been going to the event since she was a child. She loved the bands and cotton candy, and dancing in the grass. She loved the balloons and booths and wares being sold. Now that she was 21, she was going to the beer garden – and celebrating with friends instead of family.

“We’re going to have so much fun,” Kayla said. “I bet I meet the cutest guy. He will have blonde or brown hair, green eyes, be tall and sexy.” Her friends Susan and Patsy nodded in agreement.

The park was about a half-mile from her house. They could walk and avoid the crowded lot that overflowed into nearby neighborhoods. Even though the “works” didn’t begin until midnight so it would be dusky not daylight and make it easier to see the sparks across the sky, the party began at 5. Plenty of time to find her man. Plenty of time to get to know him. Plenty of time for him to want to make the move – the kiss she had been dreaming of since she was 16, one that would light up her heart and soul. It had to happen. It just had to.

As they walked through the crowds of parents and kids, Kayla, Susan and Patsy looked around for males her age. They were not by the cotton candy, nor by the corn on the cob. Nor by the craft booths, at least not the one she was looking for.

“Let’s go to the beer garden,” Kayla said. She knew it was by the band and they could drink there then go out into the grass and dance on the field, usually used for football and soccer.

The beer garden was so packed, Kayla and her friends had a hard time finding three seats together. But they did, way back in the back, in the corner. They ordered Coronas with lime and bobbed their heads to the music – rock, pop, and country and even rap.

There were plenty of cute guys, but Kayla was shy and wanted them to approach her. She had a habit of holding her head down as guys looked her way. She knew that’s part of why she never found anyone.

“Be bolder,” Susan always told her.

Trouble is, she didn’t know how, and trying came awkward. Patsy and Susan always got the guys, never Kayla. They would be the ones that twirled their hair with their fingers, sweet smiles; stare at guys across their room – lock eyes; and hold their own conversations. They were not afraid to approach a man. They were not afraid to be the first to kiss him. They moved their bodies in ways Kayla couldn’t. She was always the awkward third.

She quickly downed her beer and went up for another. Damn it, she though. Tonight I’m going to flirt, damn it tonight I’m going to talk, tonight is  MY night to get the guy.  She glanced at a cute guy in the other corner, then quickly turned her head away.

When she got back to the table she was surprised to find three guys had pulled their table and chairs next to hers and were talking with Patsy and Susan.

This is Michael, Ed and Bill,” Pasty said. “This is Kayla.”

Kayla set her drink down and said a polite hello. Michael was short and had wavy brown hair that curled against his neck. Ed was tall, but was missing a front tooth; and Bill, well, Bill was perfect.

So, they drank beer and talked, Kayla shy at first but with each subsequent beer became a little more outgoing. “Bill,” she finally asked, “Have you lived long in Alaska?” It was the first direct question she asked in their hours of sitting together.

Kayla was a bit setback by the information, but continued the conversation.

“Where are you from, then?”

Patsy and Susan eyed Kayla with a smile. Patsy gave a sly thumbs up. “Hey, let’s walk over to the band,” Patsy said. “Fireworks start in an hour.”

As Kayla rose, her head spun dizzily and she walked with a stumble. She gave out a laugh. She’d never been this drunk. It felt kinda freeing. It was like walking on clouds. Heck, she might even make the move if Bill didn’t.

As they listened to the band, Bill passed around snuck-in Jack Daniels. Kayla swigged it in glee. She WAS going to do this.

“Fireworks begin in five minutes,” an announcer shouted into a microphone. The band stopped. People started walking toward the center of the park. Kayla and Bill and the others joined them.

Debbie Cutler, a writer of 30 years, has been published in dozens of magazines and newspapers. Her typical genre is memoir (and journalistic pieces), but she is now dabbling in fiction. The former editor of Alaska magazine and former managing editor of Alaska Business currently works at the University of Missouri in the geography department. She resides in Columbia, Missouri.