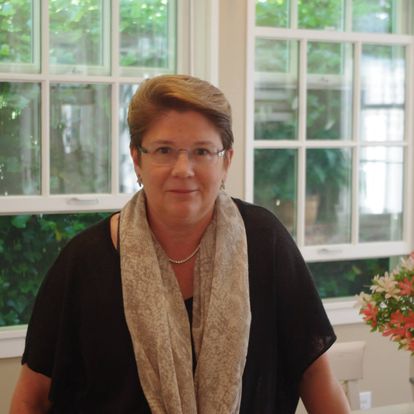 Growing up, I loved Sylvia Plath’s Ariel and The Bell Jar, and I wanted to emulate her (not the suicide part though!) so my mother helped me get a summer internship at Conde Nast Publications in NYC, her own former employer. I worked for Glamour, Vogue, Vanity Fair, Mademoiselle, Self, and briefly at GQ as a summer intern, so both The Bell Jar and The Devil Wore Prada give you an accurate picture of my working summers from 1977-1980. I then worked as a legal aid in Boston while I attended Boston University, until I landed an internship at David Godine Books. The summer I worked for Godine, the house published The Hunger of Memory. We had no idea how big a seller this book would get to be, and we had a hard time keeping up with the orders. After that, in the summer of 1981, I went out to the West Coast, to take a Portland State University Haystack summer writing workshop with Ursula K. Le Guin, Vonda N. McIntyre and Elizabeth Lynn, which had been my dream since I was 16. To be able to work with these talented women writers for three weeks changed my life.

While I consider myself an author and an academic, I was also an editor at a small press (Western Imprints, now defunct) in Portland, Oregon for two years; I paint in watercolor and acrylics; I knit and crochet; and I’m a self-taught cook i.e. my parents didn’t teach me anything, so I had to learn how to cook and bake by myself; I have a thriving herb garden most summers and I lift weights. I used to practice dressage until my horse, Saab, threw me and broke my wrist. My secret reading vice is detective novels, any detective novel, which I will polish off in a few hours; when I was a kid, I used to tear my way through Nancy Drew and Agatha Christie; I’m addicted to British television series, particularly Morse and Endeavour; I have two dogs and four cats and would have more if I could afford to do so.

The very first thing I had published was a letter to TV Guide; I was 8 or 9. I was an editor on our Westfield NJ high school fiction/poetry magazine, so I published short fiction there; then I published a poem and some short stories in SF/F fanzines in the late 70’s but my first professional sale was to Asimov’s Magazine in 1983, a short story titled “Blue Heart,” which I had written in 1981 at the Haystack workshop. It was reprinted in a collection called A Space of Her Own. I was 24.

ASTEROIDEA is my latest publication. Ursula K. Le Guin inspires everything I write, still, but this one was inspired in part by my frequent summer vacations in St. Augustine; my love of the sea; a trip I made back to Portland and to the Oregon coast in 2005; my fascination for the wonders of marine biology, so evident on either coast; my friendship with Sandra Gunning, who teaches at the University of Michigan—we took our PhD’s together at Berkeley—and my deep admiration for both Nella Larsen and Toni Morrison.

I don’t do a daily word count, but I do keep a schedule. I write three to four hours a day, almost every day, first thing in the morning. I get up; we have breakfast; I feed my animals, give the dogs a walk and then I write until lunch time. Usually I’m working on multiple projects until one of them just takes over and pushes me to finish it.

I start almost everything in longhand first, and when it begins to feel like I know where the story is going, I switch to my computer. I don’t know if this is unusual, but I need to feel the words through the pen first, to feel my way into the shape of the novel or story.

As I said above, I paint, knit, crochet, garden; I’m a pretty fair photographer. I used to play the guitar and banjo but I don’t do that anymore. And I’m a teacher, of 19th c. American literature and culture. I consider designing a course that is challenging and interesting a kind of art form.

Yes. My next published work will be STRANGE GRACE which is due out from Adelaide in Sept. of 2021. It is about an ageing actor who takes on a highly unusual role as an alien on a distant planet, and the effect that job has on his wreck of a personal life.

I have a finished mss. that just doesn’t want to settle on a title (right now it is called OCTOPUS DREAMS but it doesn’t quite fit) about a transgender CEO of a robotics company who must confront unhappy fractures in his past, while facing some tough life decisions as he turns sixty.

I have a finished science-fantasy novel titled STONEBREAKER for which I haven’t found a home.

I’m working on a novel tentatively titled ANATOMICAabout a private chef to a performance artist who has to come to terms with her employer’s public murder (she’s killed by a fan in front of her audience).

And I’ve started a novel tentatively titled WOLF, BEAR, DRAGON but all I have are some notes at this point.

Readers who enjoy the writers I mentioned above tend to relish my work, so I would say my readers are readers who read a lot, who enjoy complexity and depth, who aren’t afraid of a challenge—readers who read for something more than sheer entertainment, and those who like history, science and the plastic arts.

Persist. If you are a writer, write, no matter what.

My college roommate told me to find a living author who I greatly admired and try to take a workshop with them. So I did that, I took a workshop from Le Guin. Best thing I ever did.

I am a full professor of American Literature, so I read for a living, every day—I really couldn’t say how many books I read or re-read a year. A whole lot. My favorite genre is either the Bildungsroman or feminist and/or queer science fiction, but I read everything and anything, fiction, non-fiction, the local newspaper, tea leaves.

In my work, I try to tackle the compelling social and technological issues of my life time, through memorable and empathetic  but not always comfortable characters, so I would hope my readers would remember the characters as if they were living people, and therefore remember and perhaps emulate how those characters worked through the problems they faced in their lives. I want to give people some hope, even in the face of failure or defeat.

I have worked in or with the publishing industry since the late 1970’s i.e. over forty years and my opinion is that the publishing industry as a capitalist enterprise works very hard to silence and/or demoralize artists by making them “brand” themselves as a reliable and repeatable product—you always know what you are going to get if the author is J.K. Rowling—thereby discouraging experimentation and suppressing or even killing actual artistry. I don’t think authors should “fit” the latest “trend” as if they were in the fashion industry. I think a writer should pursue the story they want to see alive in the world, even if no one else understands why, and I don’t think the artist should give up. When I say this, I think of both Le Guin and Morrison. Nobody understood what Le Guin was doing, at first; she didn’t really see her work published until her 30’s; and no one seemed to understand The Bluest Eye at first, but Morrison didn’t give up.