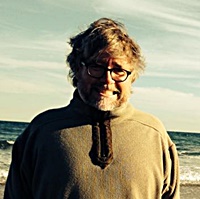 Mat balled the bagel wrapper and tossed it on the table. “Why the fuck did she tell you?”

“I don’t know what to say.” Mat’s eyes looked down into his espresso. A bright yellow crescent moon of lemon peel floated in light brown crema.

Owen read avoidance in Mat’s distraction, then looked around the café.

Pairs of college-aged kids—same as Mat and Owen—hunched over small, round, glass-topped tables sipping coffee or picking at greasy omelets, sausage, and home fries.

Owen’s eyes wandered back to Mat. “You knew, didn’t you?”

Mat leaned back, looked out the window. “Yeah, I did.”

Mat wiped at his nose, then his eyes turned on Owen. “I didn’t see any point in telling you.”

“He came up to me the next morning and said, ‘Hey, I fucked Emma last night.’”

The pain of it tightened Owen’s chest. “He bragged about it?”

“What a fuckin’ asshole.”

“No, not whatever. That dick doesn’t give a shit, does he?”

“He fucked her like she was just a fucking whore.”

Mat looked back out the window. “I guess.”

A twenty-something girl glanced at Mat then turned away. He sipped his espresso.

Owen leaned over the center of the table. “I can’t believe he did that to her.”

Mat sighed. “Well, he fucked her.”

“No different than jerking off inside her.”

Mat tapped the table with two fingers. “He didn’t rape her.”

—he paused, for effect—

An intrusive image of Emma naked…legs spread…willingly, happily, wantonly opening herself to him…her eyes open…penetrated…forced its way into Owen’s mind, his body.

It hadn’t occurred to him that she’d wanted it too. That she was capable of such a vulgar, disloyal thing.

“That really fucking fucks me up.”

“It happens…” Mat sipped his coffee, looked back at the twenty-something girl.

Mat looked from the girl. “I gotta go. You coming, or what?”

Without trust…there’s no going back.

James Buchanan is a writer living in Exeter, New Hampshire.