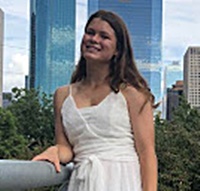 All flowers must eventually wilt.

Sweat clings to his pasty skin, pooling at the base of his back. Are his hands too clammy? Is his face pallid and sickly? And why does he feel like he is forgetting something?

Moths fly into the flickering lamp, the only source of illumination on the front porch. In his teenage mind, he is about to commit the same form of suicide, but before he can chicken out, the door swings open.

She gives him a soft but hesitant smile that he tries to return but it comes out lopsided and he is instantly embarrassed and feels like he has already messed this all up. The door closes and it is just them.

It’s silent at first as they walk to his car. He won’t admit it to her, but this is his first date, his first time alone with any girl really.

They drive down a winding road, and she doesn’t look at all anxious, coaxing him into a steady conversation until his heartbeat slows down and he can breathe again.

Dinner goes well. The waiter gives them that knowing look and shoots him a reassuring wink. Whenever there is a lapse in conversation, the waiter comes and makes small talk with them until that awkwardness is gone.

He makes sure to always hold the doors open for her and pulls her chair out before she sits. She’d probably been with lots of guys before — with that golden hair, soft skin, kind eyes, and infectious laugh, who could resist her? Her standards must be high, and he feels that immense pressure.

On the way back to the car after he paid their bill, he takes a deep breath and reaches for her hand. She doesn’t pull away.

They take the long route back to her house, weaving through the various streets and forming their first inside jokes. It isn’t until they pull up to her driveway that he realizes what he’d forgotten at the beginning. The flowers.

He is a blundering and blushing mess handing her the tulips, but she laughs it all off, inhaling deeply and not caring that they were slightly mushed from the excess hours forgotten in a hot car.

When she leans over to kiss him, nothing else matters.

She tries to put them in a vase back at home, but the flowers were already wilted.

A familiar tune carries in the air.

Everyone is silent, craning their heads backward, and there she comes. The bride.

Her dress is a traditional A-line, the fabric soft and silken. Her face is mostly concealed by a veil, but her smile shines through the gossamer — bright and vibrant. In her hands is a single bouquet of flowers.

The roses are a deep red, almost velvet, the only pop of color. The groom barely notices; his only focus is on the woman he is pledging to spend the rest of his life with. Crystal tears begin to blur his vision. Who would have thought that sweaty, nervous boy would end up marrying an angel?

Later that night, at the bouquet toss, they are drunk on laughter. A part of him is still scared she will turn around and reject him, and he keeps trying out her new last name, just to remind himself this is real. Every time she smiles, he wishes he could take a picture of the moment and treasure it all forever. She tosses the bouquet back, and the various other women scramble to catch it, leaping higher than should be possible in their wedged and uncomfortable heels.

It’s the bride’s sister who comes out victorious. She gives her boyfriend a knowing look, then goes back to the dance floor, placing the flowers on the nearest table, already forgotten.

They begin to wilt the next morning — when the reception has long since been abandoned, and the couple is preparing to board the plane for their honeymoon.

It’s ten years later now. They are still in love but a different kind. No longer the innocent, all-consuming type that came with their youth, but a more mature one — stolen kisses while the kids are napping, quick texts sent during lunch breaks.

He is coming home early from work tonight. It is, after all, their ten years anniversary. Her sister is watching the kids, and they have a dinner reservation at a five star restaurant across town.

She squeezes into a dress that once was loose, but two kids later, is tighter than she wants to admit, but it’s black, trendy, and does compliment her figure, so she doesn’t change. As she emerges down the stairs with a full face of make-up, sleek heels, and a designer handbag around her right wrist, they make eye contact and it’s like they are those young teenagers finding love for the first time all over again.

A bouquet of pink orchids rest on the table in a clear vase — her favorite. She smiles, breaths in their armona, and gives him a light peck on the cheek.

Like every year when he brings them home on their anniversary, she tries to hold onto the flowers for as long as she can, but within a week, they are wilted away.

The hospital room is too clean, pristine, perfect. Every wall and surface is wiped down daily with disinfect, and he couldn’t find a speck of dust on the walls if he wanted to. But none of that matters. All he cares about is her.

Tubes extend out of her nose, she breaths with aid. Her hair has been gray for decades now, and it started falling out in chunks. He still brushes it out of her face, behind her ears like he did when they were younger, but it isn’t nearly as soft now.

Her wrinkles look like the folds of a fortune cookie, and her skin is leathery from too much time spent in the sun. He doesn’t look much better himself, but he is still on his feet, yet to completely fall victim to old age; if they could trade places, he would do it in a heartbeat.

The nurses pity him as he comes in every morning right when visiting hours begin and stays until they kick him out at night, only to return again the next day. The entire time, he holds her familiar hand, only letting go when a nurse insists so she can check up on her.

She rarely opens her eyes anymore or acknowledges him at all, but he still brings her flowers every time. They collect on her counter — the orchids and roses and tulips. He likes to think she can at least smell them, remember the life they built together.

Eventually, though, the flowers all begin to wilt.

And she wilts away with them.

Natalie Hampton is a sophomore from Houston. Her work has previously been published in Truant Lit, Scarlet Leaf Review, and the anthology Little Inked Birds. She has also been recognized at the National level of the Scholastic Art and Writing Competition. When she isn’t writing, she likes to volunteer, work in activism, and play soccer.