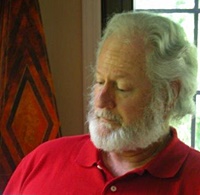 REMEMBER WHEN THE CRUSADES WERE

[Or if guided warheads explode in a country that we cannot see,

do they really explode?]

Was there lots of raping and pillaging during the Crusades?

Or just the right amount?

Was there too much, dare I say,

with this raping and mutilation thing?

I mean, how many hundreds of thousands

of fellow humans must we destroy

to achieve the paradise promised

by our fairytales at mass

or the Disney Channel?

how about that last election?

with the Holy Bible?

Makes you wonder about a lot of things

like what’s happening to our time on this precious planet?

Although I don’t actually see them, I swear

falling in a nearby New Jersey forest.

I was on a hunt for the truth, one day,

but a hunt for flimsy mortality, nonetheless.

A hunt for a brightly decorated truth,

to deceive a callow youth into believing

that he, too, could become President

poached for the next Republican

by corporations capable of manipulating

Well, there it is, then, the truth mangled

once again by humans on their way to

with one elusive god or another.

So, what is truth?

What is this mystery that compels some

to devote their entire lives to the impossible

in spite of so many hardships that offer

with elbows and nipples half-asleep

before attempting to exit Plato’s cave?

But truth never belonged to Plato

any more than it belonged to metaphysical

Welcome to the Bayou.

The moment suicide becomes a delicacy

lying on a gravel of shaved ice with lettuce

into a stainless-steel tray by chipped ruby

for the Amazon expedition,

when a stranger says he expected laughter

in place of his all-too-familiar grief.

Remember, I told you I could read

your palm, but otherwise,

when you shift with palmetto fronds

that sway on any given July

with your one strapless sandal

or someone else’s abandoned sandal

weighing as much as the Atlantic’s

with your chameleon eyebrows

crumbling between my lips.

Your hair upon the pillow

Cadillacs and suicides, once again—

why do fascist leaders mean more

to us than intelligent highways

growing through the slaughterhouse

of every sensible idea by men

belonging to the stars

or stars belonging to men?

For I am a teacher.

But mistake me not for a wild scalpel

fluttering beneath a fluorescent tube

hanging from an aluminum hood

Tonight, I balance every single suicide

on my eyelids in the rain.

Ionize ravens and you get pepper

falling through the branches of oak,

maple, black walnut, plus, a plethora

Ionize your faith and watch what

happens to its sticky molecules

clinging to the walls of memory

disguised as your holy DNA.

It so happens there’s depth

beneath the halo of that iconic

peasant and his disparate followers

bearings that few of us even

recognized that certain things were

simply not tolerated by the status

This guy worshipped flesh as

a quasi-gnostic glory; so why not worship

or at least a bare-shouldered shiraz.

But this guy’s suggestions weren’t tolerated

by the Emperor of Fascism or

Carnegie Steel at a clip that would

So, that’s how we advanced

to this modern age of ionizing

of our DNA with graffiti called

with its shortwave radio crystals began

to rummage its chapped lips

against the moonlit naked hips

And just when an industrial flashlight

lips quivering beneath the full moon’s

Memory is so desecrated by the living dead

that I no longer cherish memory; therefore,

I no longer see the sense of falling in love.

mixing with the master of 20th century violins

that twilit moth of exquisite melancholy.

So, Bela, remind me of everything I need

reminding of, or else shoulder me to the river.

Bela, there must be some mistake.

Bela, and I mean this as sincerely as I breathe,

the 5th violin in your Miraculous Mandarin

must’ve been aged in vodka and cultivated

by a red-knuckled Siberian hanging

from a trapeze found only in dreams

of distant asteroids with their ten trillion

cave of my hungry throat.

Bela, I beseech you!

(God is a concept by which we measure our pain.)

So, there was this bell, well, not a Methodist bell, exactly, but a serious lookalike, strolling beneath a scrub oak morning with Spanish moss trailing its shoulder blades.

Spanish moss as you’ve never known her, clicking her heels, her skirt of democracy shagged just above her left knee.

This moss I’m not so keen to ignore. This moss like neurotic teachers or nutritionists fumbling for the lost lavender.

You know what happens when hollow points penetrate, don’t you? They gouge holes the size of tennis balls. Ground chuck for lungs and upper intestines or a heart shrink-wrapped into a Styrofoam schooner named Ariel sinking below a good old-fashioned London broil.

The room was located on some neglected game reserve. The room was oblong and paranoid. The room consisted of cheap boredom marketed by cheap cologne spread from handshake to handshake at the annual insurance adjusters’ golf tournament during godawful thunder with rain and lightning bolts like shards of cynicism denouncing the certainty of our monotheistic flag. I saw the colors, red, white and Atlantic crab claw blue behind the swinging saloon doors in a Yancy Derringer episode with Jay X. Brands, the bronze Pawnee, flashing his elk bone knife inside a bristling tavern of early Bourbon Street.

Early Bourbon Street. Who erected the first cathouse on Bourbon Street, thus, molting it into the mecca it is today? Who subsidized the first jazz note to explode from a tarnished trumpet that left its mark in an oversized saffron mirror behind the bar? The dream is over now. The Saints won’t come marching in any moment now. But give ‘em a whiff of the good stuff and you’ll never get ‘em off your back no matter how hard you try. Give ‘em a whiff of your mind-controlling mythical heaven and you’ll rule the galaxy. That’s reality?

Huh, give ‘em an inch and they’ll take your godforsaken soul.

Alan Britt has been nominated for the 2021 International Janus Pannonius Prize awarded by the Hungarian Centre of PEN International for excellence in poetry from any part of the world. Previous nominated recipients include Lawrence Ferlinghetti, Charles Bernstein and Yves Bonnefoy. Alan was interviewed at The Library of Congress for The Poet and the Poem. He has published 18 books of poetry and served as Art Agent for the late great Ultra Violet while often reading poetry at her Chelsea, New York studio. A graduate of the Writing Seminars at Johns Hopkins University he currently teaches English/Creative Writing at Towson University.