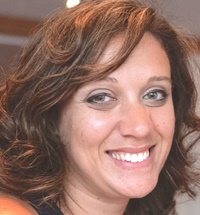 It sounded like a backhoe smashed through the toy room window and methodically tipped out millions of marble chips in a steady stream onto the hardwood floor.

“Daddy, come quick,” Liam shouted. “Oliver spilled all the Legos that you sorted.”

Brian Li froze, one foot balanced on the dining room chair and the other leg stretched in mid-air while he reached to place the Lego knight’s castle at the top of the china cabinet. His muscles tightened and chest clenched while he set down the castle before he climbed down and turned to face the ruins.

White, green, yellow, red, and black Lego bricks massed into rubble on the floor. The flooring turned into dirt. The hot concrete walls suffocated five-year-old Bai Li. “Bèi zǔzhòu. It is cursed,” Bai’s grandmother said. “We need to burn it.”

Bai sat and shook from his fever or his shock at the sight of the white Legos heaped like snow and pushed to the side of the road with bits of dirt that smeared the whiteness. He coughed and swiped his nose with his sleeve and silently watched his first Lego set burn and glow.

Brian’s wife, Lin, marched into the toy room and saw the mess. “Oh my goodness. OK.” She pushed frazzled hands through her dark hair. “You know what, guys? I’m just getting a big basket. Throw all the Lego in one basket.”

“No, no, no,” Brian said. “We’ll re-sort them how they were.” Ethan picked up a handful and threw it at his brother Garrett. Liam’s eyes tracked his parents’ reactions, and Oliver laughed.

Lin placed her petite hands on her narrow hips and tightened her facial expression. “You are obsessed,” she said to Brian. She reached for a clear storage bin under the folding table.  “It is their bedtime. I don’t have time for them to sort with you for one hour more so that it can be perfect.” Lin grabbed handfuls of colorful bricks and pounded them down into the basket.

Liam started to kneel and help until Brian held out his hand toward Liam and said, “Stop.” He slowly turned his head toward Lin. “I don’t want a basket.”

“But this is why you get a basket,” Lin said and rolled her eyes. “Every family has a basket. My family had a basket. The end of the day, everything goes in a basket.” Her movements sped faster, plowed through, crashed down, picked up, crashed down. Lego bricks pelted the plastic walls of the container.

“I just need it clean,” Lin drug out each word. “I’m so tired. I do all this work, and at the end of the day I just want the kids to go to bed. I just want wine and a show and a clean floor. This should not be too much to ask. Would you help, or are you just going to stand there?” She gripped the sides of the basket and clenched her jaw.

Brian (who never yelled) shook the house with a roar in his voice and bellowed, “I don’t want a basket.” The children jumped and Lin froze. “All of you get upstairs,” he said. “I’ll clean this.”

“I don’t want to hear it,” Brian said and slashed his hand down. “You never respect anything I want to do.”

“I live here; I work too. But you make all the decisions around here. You never ask for my suggestions. From now on, I’m doing it how I want. No one asked you to clean it up. Get the kids to bed if you need to. I’m dealing with this how I want.”

Since none of them had ever seen Brian that upset, Lin and the boys darted looks at one another and scuttled upstairs.

At 2 a.m. Lin noticed that Brian had not come to bed. Her body stiffened and her ears strained to tell where he was. She heard the rattling of Lego bricks pouring into small plastic containers and the sound of soothing Chinese music playing from an iPad downstairs. The flute and the singer’s breathy notes reminded her of long drives as a girl with her father while she watched snowflakes fall outside the frozen window through the Hubei countryside.

Lin sat up. When she walked down the stairs and stopped at the toy room, she saw Brian. He’d resorted all the bricks by color and placed them in mini containers across the floor. The directions for the Lego build spread out on the floor, and Brian laid prostrate like a child while he studied the directions and manipulated the bricks with his hands. Lin walked closer, but Brian was absorbed and didn’t notice her. It was a Christmas City Lego build. The directions showed a snow plow, Lego snow, Santa’s workshop, train station, mini figures from the turn-of-the-century, and a remote control operated train with white Lego smoke that puffed up.

“You’re still up?” she murmured.

Brian jumped (which made Lin jump) and then she laughed. “I’m sorry,” she said and knelt down next to him beside the neatly ordered bins of colored bricks. “I just wanted them to sleep, but I didn’t think about your plans. Are you planning to build it all tonight by yourself?” She noticed the snow started falling outside the dark window.

“No, I’m just prepping it all for tomorrow morning to do with the boys.” His eyes roamed over the direction book and he smiled. “Look it even has a man selling hotdogs at the street corner.” It looked like tomorrow might be a snow-day; building sounded like the perfect plan. “I didn’t have a dad,” Brian said. “Even though I have four sons, I still think about what it would have been like to have a father-son relationship. I want to give that to my boys.”

Lin laid her hand on his back. “You have a really good relationship with them already. Are you ready to come to bed now? It’s sorted and prepped, and they’ll love it.” She pulled at his sleeve. “Come on. Let’s go to bed.”

“Are you kidding?” Lin tried to control the edge in her mood. “I can’t sleep knowing you’re still playing Lego downstairs. It’s not healthy. You’re going to be no good to us in the morning, and I need you to help tomorrow. You cannot sleep in like a child forever.”

Brian laughed at the memory that hit him earlier when the boys first spilled the Lego bricks. “You know what my first Lego set was, Lin?” He stood up and chuckled and shook his head. “It was a white hospital set. I saw it at a store in China and I really wanted it, so my grandpa bought it for me.”

Brian’s eyes melted and he looked instead toward the falling snow. “I caught the measles or something like that. My grandmother was very superstitious, and she thought the Lego hospital cursed me and made me sick.” He let out a low, hushed laugh. “So they burned it.”

“What?” Lin’s eyes rounded. “They burned the Lego set?”

Brian laughed again in disbelief, “Yeah, they burned it, and I never got another one. I think it’s a fantasy I’ve always had— to have these Lego sets and build them with my sons some day.”

Lin swallowed hard. “You can keep them nice. You don’t need to take them a part and put them in a basket or anything. You can do them how you want them.”

Brian pulled Lin into his side and touched his forehead to her temple, “Oh my gosh, I am like a child.” He laughed.

Lin laughed with him, “That’s so sad, and you are like a child. The whole thing is pathetic, but you win. Do with the Lego room whatever you want.”

Melissa Chen is a stay at home mom to three boys and wife whose family shares a Chinese-European American heritage.