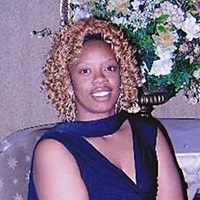 Henry honked the horn repeatedly in the driveway, letting Julia know he had arrived home from work.

He stayed in the car because he was there to pick her up for what she assumed would be a hot date.

“I hate it when he honks the horn,” she exclaimed as she looked herself over once more in the heirloom full-length mirror that was once belonged to her Madear.

She sprayed her Good Girl perfume by Caroline Herrera once more as she prepared to walk out and lock the front door.

She mentioned how she felt about him pressing in on the horn to get her attention when she got in the shiny red Mustang with the pipes blaring.

However, deciding not to nag about it.

Instead, she said, “how was your day?”

Henry never even acknowledged her attempt at small talk. He had been going through a midlife crisis lately. He changed how he dressed, bought a new sports coupe, and started spending many late nights at the office.

Tonight, she assumed things would go back to normal finally since he had planned their date night. The cigar smoke mixed with his Cool Water cologne lingered in the air on the ride to the restaurant. It was a hot summer night, so he had the top down. Her dress clung to the new black Italian leather seats in the coupe as she seated herself gracefully with her new red bodycon dress, careful not to expose her unmentionables.

The drive over to the restaurant in silent and uneventful, Henry’s mind wondered about all the things he had to do once dinner was over as they listened to “Juicy” by Notorious B.I.G.

Julia was quiet because when she spoke to Henry lately, she said the wrong thing in his eyes every time.

Julia did not want to ruin the mood, and Henry had other things on his mind. They arrive at the restaurant, the waiter seats them, and they place their dinner order.

Henry starts daydreaming about Stacy, and before dinner arrives, he blurts out, “I want a divorce.”

Julia looks as if she has just found out her best friend died. Tears well up in her eyes, but she does not cry or ask why. She is eerily silent.

Henry goes on and says. “We have not had sex in months. I have met someone, and she is pregnant with the child you could never give me. I plan to marry her once our divorce is over. You can keep the house and the car. Just sign here.”

Julia looks around and realizes he brought her to The Olive Garden to prevent her from making a scene. She recognizes a few people who are watching them closely and awaiting her reaction.

She finally opens her mouth as the waiter arrives with their food. All she says is, “Check, please, may we have to-go plates. Excuse me, may I have a to-go plate.”

She reaches for her phone and orders an Uber to ride home separately. She needs time to think.

Author Ashley Shawntae Nicholson currently lives in Mobile, Alabama. She has three children, Honesty, Dante, and Lykendall. And two fur babies Bambi and Dash. She graduates from Full Sail University with an undergraduate degree in Creative Writing in Spring 2021. She runs her own small business and works as a consultant for a Fortune 500 Company.