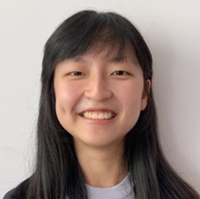 up.
where does it go? the never-ending staircase that leads up. upwards
to apocryphal sky, skywards to manna of open heavens

and i hear them climbing in the shadows. iron-pressed suits, shoe-horned boots
hitting the hilt of lime and sandalwood. idle march corralled by didactic
day-work-weather, little is spoken, silence a spruce of secrets
and an armour for the man with scarlet haunches, as he lays next
to one with a rootless bottle

eyes to a ground that swallows whole. a shot of prayer opening wide into darkness.
carved to size for the rich-man’s backpocket. in the penumbra, they hold
an olive branch to conformity for lapis lazuli is a luxury they can’t afford

but hush. do I hear the silent hum to Debussy? the riotous skip to a
muted accordion? the brash knuckle-rap against copper rails?
they are people of the ground
but woe is the blitheless man who stays down
there is swing in the monochrome that moves them upwards, upwards
to apocryphal sky, skywards to fenestra and immortality

The Price of Living
i revere the expanse of my dreams, the amorphous future
that settles upon the inward eye, the alabaster cloud that
ravishes seamless horizons, of sky-land, sea-sky, of being and together
a tapestry of interwoven threads, of forward and onward

but my world is a stolen sunrise from a stolen generation,
a cradle of dust and crimson that intersects on a topography of fault-lines,
rivers running red with revolution, soil turning upon lifeless soil,
i live in the rich man’s wealth and aside the pauper’s noose,
in a land that winnows colour and skin, in a city built on amnesia

and i sit on the threshing floor to winnow time from dreams,
to build a life that traverses borders and chronology,
but this world creates unending debt on unsettled bones

and seedless, idyllic reveries pacify not my rootless body,
they leave in a wisp of smoke and frankincense
and i languish in the ombre wasteland of my dreams.

To Ah Ma
When I was a kid,
my grandma used to sing lullabies
of ponds, mudslides and children running
in downpour – an ode to her childhood when
she had lived in small wooden drain-houses
amidst wild paddy – and we would lie
in shirt-soaking heat in the wee hours of
morning, watching filtered gold spill over the horizon

When I awoke in the middle of the night,
To the crack of lightning and distant rolls of thunder,
I’d awake her too, and in muted silence, we
would sit and watch the silver streak across
violet sky – and in my fear and wonder, lost in
the effervescence of purple rain, I would
never fail to reach for my grandma’s hand
I used to think it was because I feared being alone,
and it took me years and fifty miles between us
before I realised it was because I needed to know that
she, too, was building still-frames of this same exact moment

The day I moved from her three-room flat
back into the ivory-polished concrete of mine
I stood by the window and cried
Reaching through the grail
at the woman standing behind, grey woven
into her hair, the trajectory of her life folded
into the corner of her eyes
If only to catch in the heart of my hand her memory
I’d still see her – I was just moving down the railroad tracks
But deep down, I knew
At this station, the train of my childhood would never arrive again
An era was over

Sher Ting has lived in a land of eternal summer, otherwise known as Singapore, for 19 years before spending the next 4 years in Australia. Currently, she is in her 4th year of medical school in Australia. She can be described in a series of twos – two main languages (English and Chinese), two hamsters and two left feet. Growing up, she has subsisted on a diet of Dead Poets Society and elusive indie bands.