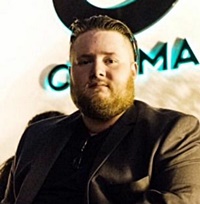 everything sounds better on vinyl

everyone smiled right before they blew their brains out because it was all one big haha. a scripted reality with a really bad punch line at the end. i rammed my car into your garage hoping to feel something. or maybe it was to grab your attention. in school they promised me someone else’s dream. but i hung myself with pornography and became a nuisance instead. sometimes i wonder about that dream. i wonder what chasing boring might look like. converting into a predictable brain eater with two happy brats and a miserable loving wife. inside a big house surrounded by more predictable brain eaters. blasting lead right into the center of the dream. in exchange for large thick nails hammered right into the center of my hands for approximately eight hours a day for the rest of my life. excluding weekends. and only finding solace while taking a shit. but also really having a hard time taking one because of irony. and finally having that specific part of my brain, the one that never shuts the fuck up, and always insists on behaving erratically, be choked to death and stomped on. but then i remember what the great socrates once told me, “you can’t turn a hoe into a housewife,” and i get my priorities straight. like sliding into my crush’s dms every time she posts a thirst trap with her tight jean shorts strangling the shit out of her ass and ask if she wants to rub denim together because, isn’t that what love really is all about? rubbing denim together and creating memories and stories to share with all your future granddoggies and grandkitties. like the time you took me to a funeral because the food tasted better. or the time my heart began to beat again after you told me you wanted to cut my right ear off while listening to stealers wheel’s, “stuck in the middle with you.” or the time you made me hold your purse like a bitch while you were in the dressing room not trying on lingerie. i guess i’ve always been way over my head when it came to love. a hopeless romantic constantly falling for someone new every week. always falling for the ones with basic taste in movies. i once stuffed a sock in my underwear because i overheard a girl say she wanted a man from one of those movies with seven sequels about racing with a big penis and an ipad pro. i had neither except a sock and a vast understanding of the universe and an obsession for the sex stallion of science, carl sagan. my roommate raymond carver once told me, “can you just stop talking about love, please!” i told him i just wanted a babe who owns lots of candles and places hexes on her exes and who’ll accept all twenty-seven versions of me without running away. no more heartbreaks. no more sad songs. ok, maybe, some sad songs. from now on we hold hands. we eat good. we fuck good. and only watch movies with subtitles.

this dog has been mutilated and gutted
in turn has become obnoxious and a recluse
a natural cynic
his love is an abattoir
and he’s easily incensed
a propensity for bunkum and
contention
a pretentious fool who believes every thought he has is ineffable
odious to be around with
but in the end this dog has eyes that still hold light
is sick but not ill
and more importantly, still able to wipe
his own ass

Omar Reyes is from Miami, Florida. He is a published creative writer and an award-winning indie filmmaker. As a member of Backyard Cinema Club, two music videos he worked on were awarded at the 2018 Miami Beach Film Festival and as a writer some of his work has been featured in Horror Sleaze Trash, Your One Phone Call, 48th Street Press 2018 Broadside Series, Adelaide Voices Literary Contest of 2018 and a few others.