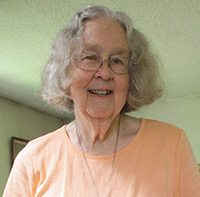 I’ve been writing since I was seven years old and put to bed with rheumatic fever. I entertained myself by reading and making up little stories. I loved books. This was during World War two, and my father was in the Navy as a chaplain and serving in the Pacific. Mother taught me at home and encouraged my writing. By age 10, I had decided to be a writer. My father said I might have to be a teacher in order to make a living. I began a story about twins captured by pirates. I never had trouble making good grades at school, and in 1955 I was the Valedictorian of my small highschool. I graduated from the University of Oklahoma in 1959 and went to NYC with friends. I received a Woodrow Wilson fellowship for graduate school at Indiana University, but dropped out. Later, divorced, I entered grad school in Berkeley, CA in Classics (Latin and Greek). I made good grades but failed the prelims, and got married. I began a poetry mag in 1970 with a friend, Hyperion Poetry Journal.  I also began to publish more. My second husband and I moved to N.C. in 1971.  I’ve been here ever since. I started my own small press, Carolina Wren Press, in 1976, and became chair of the national small press association, COSMEP, in 1975. In the 80s I helped start the N.C. Writers Network and chaired it 1983-87. I’ve been teaching writing and offering editing services since the 80s. I live now in a village, Moncure, in chatham County.  I’ve worked on Sister City Russian exchanges since 1990, and still keep in touch with my Russian friends. Baba Summer Parts One and Two are records of those exchanges. In 1995 I was invited to teach at Kostroma Univeristy. Frost and Sun, Parts One and Two are about that experience in 1995-6.

2. Do you remember what was your first story (article, essay, or poem) about and when did you write it? My first poem was about being an adolescent. I was 13.

4. How long did it take you to write your latest work and how fast do you write (how many words daily)? In the late summer, early fall, I began keeping a diary of my journey to Finland and Russia. I was also in Wales and Holland for a time.  I had about 4 months in Finland in a cottage and worked then on turning the diary into one long book, Frost and Sun. I also worked on Baba Summer, also originally one long book. Later I divided them into two parts. I was inspired by my experiences and wanted to preserve a record of them.

Since  the mid-70s, I have been writing in my diary every morning when I eat my simple breakfast, usually toast and tea, now. I stopped drinking coffee a few years ago.

I write poetry, usually a poem every Sunday morning, and I write essays, reviews, grant proposals. I also teach writing, which also is a creative act. And I write mystery novels, 17 in print now. 7 books of poetry.

Virginia Woolf, especially “A Room of One’s Own.”  And To the Lighthouse.” Ezra Pound, especially ABC of Reading AND Personae.

Most of my readers are women, many are or have been students. I put the poems on my blog postmenopausalzest.blogspot.com and lately most of my readers live in Italy, for some reason. I’m gettingreaders all over the world, e.g., United Arab Emirates. Who would have thought? In Europe and Asia, Australia, Canada, U.S.  etc, none in Africa so far.

Read good books, write a lot, and Keep a diary.

11. What is the best advice (about writing) you have ever heard? Beyourself, be honest. Honesty may make the difference between being good and being great.

12. How many books you read annually and what are you reading now? What is your favorite literary genre? This pandemic year I’ve read most of Trolllope’s Palliser and Barsetshire Novels. For my winter writing classes, I’ve read the Poems of Francois Villon, and for the story (fiction/Memoir) class, I read the book they’ll read: How the Light Gets In by Louise Penny. My favorite genre to read is fiction, especially now the traditional mystery.

I take up the subject of understanding people who are different. I myself have learned that people everywhere are pretty much alike. I cross the color barrier, the barrier between rich and poor, between old and young, etc. I hope they remember how many human problems can be solved if we’re determined and persistent.

I recommend the small presses and literary magazines to new writers when they’re ready to publish. It’s hard to get an agent, or a big publisher. I’m glad Adelaide Books is still publishing. I hope it will for a long time to come.