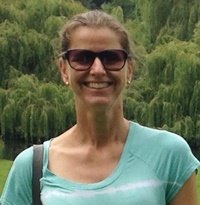 Our Faker, who art in the chalk-white House,
pumped is thy name, crumbly is your fame.
From thy sand trap, thy will be done to what’ll be left of Earth in the name of whatever pops into your mind, and in half-a-sentence is contradicted.
Give your gopher-lawyers, -bankers, -directors, -secretaries, -executives, and -son-in-law cake,
and pardon their jail time,
while we suffocate in your trespasses.
Up to our necks in your manipulations, we endeavor to respect our fellow man—even you—
while Senators and House Representatives interpret your Executive Orders like ambulance chasers—giving new meaning to R-rated—
as you lead the country as with the swipe of a comb-covered rug.
Tweets deliver viral lies about numbers, by number, any number, anytime:
Freeze funding for WHO, disregard Clean Water, exit NATO, make Meadows mime, choke healthcare, change staff like they’re your briefs—no, not even that kind of briefs—hype Goya, shrink national parks, devour school resources, bar honest Geoffrey Berman, abuse abortion, extend pipelines, defile the air, withhold taxes, warp operations, and grope around in the coffer of those already deprived.
Thine is a rosy kingdom rising still on our fall,
your glory having glared in the eyes of approximately 63 million US citizens—
by your estimation, that’s practically the whole nation.
“Never again,” it was said of W, who now has earned his wings and sainthood.
Vulgarian, your face is unmasked:
what a menace.

Crying wolf over the Iranians and the Reds,
but feeling good on steroids,
while the rest of us with less health insurance choke on the COVID blues.
Operation Warp Speed as warped as anything constructed in a sand trap,
and delivered from a crack in the kettle-cooked-to-a-crisp-orange façade—
a tan mere shades lighter than those who must migrate by darkness.
Their beans got the trumped-up thumbs up,
their families the Roman thumbs down.

When very very very bad world markets boil over,
and looting leads to shooting,
locking women up is just more locker room talk.
But, that’s yet again another kettle of fish,
made smaller by the small screen;
storms in teacups core constituents opine,
blinded by supreme supremacy and the self-polished halo
of a single-manned kettle of vultures.

Pernille AEgidius Dake is a finalist for Glimmer Train Press’s New Writer Award as well as December’s Curt Johnson Prose Award and has been published in Skirt!, Meat for Tea: The Valley Review, Adelaide Literary Magazine, Dime Show Review, Glassworks Magazine, and elsewhere. She is an MFA candidate in Writing at Vermont College of Fine Arts.