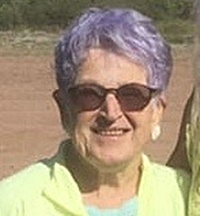 She stops mid step caught by a taught line of memory
it runs along the skin of her collar bone where his
fingers barely touched, so delicate, so sacred were
his feelings for her, she remembers

His hungry hands almost caressing her cheek but holding back
as though a real touch would shatter the wonder and pleasure
they shared for months folding into years wildly
loving and hiding, chasing and fighting

They were a gift of something new, love turned right side out,
under threat now by forces claiming his loyalty, his duty,
he longs to stay, but the misspoken promises, misshapened
roles he escaped from call for his return.

Her eyes have not wavered from his face, his eyes reach
to slam shut the stinging demands of voices and echoes, but they
cannot be silenced. He pulls away, releasing his longed for dream
a man turned thirty years older in the choice his feet make.

not just quiet, lack of sound but stillness
deep within everything turning, tuning together.

Across on buoys bobbing at shoreline, even seagulls have stopped squabbling
as night seasons the air with its massive hold, the full moon of January relieves
the stars of their guard posts for a while longer.

The silver globe dazzles its bold shimmer onto the sea adding to moon light, but
even a double moon does not move the pitch of night
reaching deep into the sky invoking stars, spreading flat against the water
allowing mysterious dark sea life to have its way for a few hours more.

I draw in my breath matching this dense moment, Have I seen a painting of this?
Is the embodied, slow motion of time and solitude what draws me into
this composition with three fishermen whose lives are built of salt and waiting?

My folks had private morning rituals

Squatting onto the toilet, she relaxed
reached into the seersucker robe’s pocket for her pack
her hard thin lips closed around a Pall Mall cigarette,
paper match from, where? Oh yeah, Luigi’s last week for dinner.
The cup sloshes hot creamy coffee on her bare leg
as she moves to her first deep inhale of the day,
smoke curls from her lips in no hurry, this is her time.
The Sun-Times, right size to fit across her knees, unfolds
headlines, comics, politics, her day’s take on the Chicago world.
Inhaling, enjoying the rush to her lungs like a first love
she exhales through her nose and grunts disapproval
of what they’re doing to her city, her lake front memoir,
not like when she lived there. Having come for the ‘dream’
from a small farm town with grass between its toes.
It had become her city, and when he showed up she recognized
her ticket to stay, and he was just her type to boot. A knock,

Dorothy, I’m going to tie some flies
before we head to the store.

And that was the last time they spoke
before he shot a hole through his brain and into their lives.

I felt their unconscious, silent holding of breath
as the opening of doors revealed
a young black man waiting to board,
facing frozen white women with
instinctively tightened down bodies, bent
minutely forward, prepared.
The young professional, paused mid step
cautiously looked up, facing us with
a smile Good Day, assuring us
we were not in danger.

My heart still echoes with shame
mortified remembering
he knew he must enact this scandalous
ritual with white women again and again. He knew
what to do, too many times he’d crossed
this secret unspoken border of fear,
he knew the fact would be denied if pointed to,
they know not what they do…

As he stepped into the chasm between him and us,
I wanted to break the tension, point to it
make us concede, be ashamed at ourselves,
bridge the painful dishonor between our ideals
and learned patterning in our muscles.
(continued – no stanza break)

My brain screamed, think of something!
as the doors whispered open and he was out,
my opportunity to change the world slipped
out behind him in his gentle downdraft.
It was hushed as we stepped out, they knew
something had happened with that man
but not what.

So many ways to lose your heart

He drank strong, black coffee
before it was in every corner shop
smoked camel cigarettes
from 12 to 44 when he died of them.

We grew up in celluloid
decades when strong, silent types
smoked, did not quite follow the rules
and wore the sexy aroma of rogue honor.

He and I were young, fresh sponges
ready to believe easy dreams,
ride audacity with the heroes
across the silver screen of our future.

They sold us two models, one the
straight arrow guy, and another
the sexy, rule bending lover
who was our technicolor in the black & white 50’s.

We rode the dream to the end of Easy Rider
when we too fell off, we grew up with our children
but we all paid a terrible price for our early trust
in the sexy illusions packaged and sold for profit.

Sharon Lopez Mooney received a California Arts Council Grant to establish a rural poetry series; co-published a regional arts journal; was co-partner of an alternative literature service; produced poetry readings and performances. Her poems were or will be included in the journals: The MacGuffin, Fallow Deer, Muddy River Poetry Review, The Voices Project, The Avalon Literary Review, and the anthologies: Calyx: Women and Aging, Songs to the Sun, Poetry is a Mountain, The Wide Open Sky, and Smoke &amp; Myrrors, (UK).