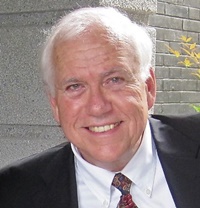 I have trouble sleeping these days. So, I ask my Alexa device to play re-created sounds of falling rain, which she mixes with some low-toned thunder. Nightly melatonin stopped working, so this is giving “nature” a shot. Alexa’s offering always does the trick for my slumbering wife who readily lets the purring drone cover her like a blanket. It doesn’t work for me.

The trouble with rain is that it makes me think of Arnette, my first girlfriend in high school, and how later we got engaged when I was finishing up college. Then, like an ass, I judged her beneath me and dismissed her as just part of my childhood. I remember her sobbing, and she said: “You’re not really doing this are you?” I went on my way in life without her. I know I let her down, but once we had lots of fun and smooched whenever we could. Mindlessly alive then, I never understood the rarity of so many oozing feelings, nor did I recognize that period as anything more than it was—youth.

We made out after school at Big Bend forest preserve. Years before, county planners had laid out an elaborate system of trails for hiking, fishing, cycling, or just for strolls in the woods, when you could almost hear tiny creatures breathing around you. Seasonal colors and smells around Big Bend Lake could make you forget you were only twenty miles from downtown Chicago. On weekends, fisherman would arrive for the bass, bluegills or crappie, but you might have the place for yourself during the week. Trails were unpaved and often muddy or icy, but walking was always optional for us. The only asphalt around was in the parking lot where Arnette and I steamed up the inside of the car—especially when it was raining.

Big Bend opened at dawn and closed at dusk. Once, a spring storm showed up just before closing time, and suddenly there was even more steam and darkness and some security guy’s flashlight shining through the fogged-up windows–and Arnette screaming, and me, rolling down my window and yelling, “I’m not doing anything!” How easy it is to lie in bed and bring back those adolescent longings and the buttery smell of fresh rain-laden leaves and branches.

After school, I would hop into my mother’s 1961 powder blue Dodge Dart. Ours was a big school, so I had to pass the campus police check-point as I darted out to pick up Arnette from her strict all-girls high school in nearby Wilmette. Nearly all of her teachers were nuns, and they checked uniforms each morning to make sure girls hadn’t found a way to hike up and shorten the length of their skirts. We laughed about things like that as we made our way to Booby’s fast food joint on Milwaukee Avenue. I looked it up– the restaurant is still there.

Mom’s car had push-button automatic transmission and a pretty good radio. We’d pick up a snack at Booby’s and fill the car with the aroma of French fries and the comforting tunes of The Beatles, The Lovin’ Spoonful, and the Zombies as we headed to Big Bend. Lyndon Johnson was President and was escalating the war in Vietnam, but I didn’t care much because I was seventeen. I had a girlfriend, a part-time job, and a B+’ average, so I was cruising.

We must have talked about lots of things, but how strange that I can’t remember specific content of our banter—just the kissing and the warmth and the closeness and Arnette’s make-up on my shirt. And the next day at school, when I was supposed to be solving quadratic equations or taking notes about The Scarlet Letter, she still clung to me. All of her: Arnette’s sugary breath and chuckling kisses when one of us had to come up for air; the tingling warmth. It never took much for blood to gush through me–just the thought of her. Arnette had a smile that couldn’t stop itself and brown eyes I would get lost in. We had our solar system, and we weren’t interested in matters outside of it. She made all the boring and bleak stuff about high school bearable.

Arnette’s dad—Arne–was from Norway and had died of a heart attack before I met Arnette. Her mom was beautiful, too, but she always looked sad. Arnette would cry about her father. Then I would do the best I could, holding her close and learning to be silent.

We got the notion to park our car in the new subdivision close to Arnette’s house, much handier than the forest preserve. We’d take a little walk until we found a place in just the right stage of construction—roof on, exterior completed, door-unlocked. Before the cuddling, we pretended to be a young couple out house-shopping: Oh look, Honey, such good-sized bedrooms—and a study, too! This play-acting lasted a couple of weeks until we opened the door on a family, already moved into their tract home, and looking like a Norman Rockwell illustration: Suburban Surprise! I had misjudged the state of the building progress. This house had surpassed “under-construction” and had reached both “completed” and “sold.” We didn’t give the guy on his couch in front of the TV a chance to say anything or come after us. I inanely blurted out, “Sorry, we thought the house was empty.” as Arnette and I shut the front door and scrambled down the block back to my mother’s car. We giggled our way to Big Bend to pick up where we left off.

I can’t decide which is worse: raking up all these memories into a seductive pile you can never jump back into again, or sleeping soundly in the present, pretending you have no regrets. I don’t know why I can’t sleep, or why I keep thinking of half-century-old kisses from an old girlfriend. Maybe because I looked up her name once—because you can do that now. Arnette died almost twenty years ago when she was just over fifty. Too young. She married, she had children, and she died. I didn’t find out anything more. It’s all I deserve to know. I let her down.

Michael Riordan is a retired teacher and professor of English, Writing and Film Studies who has taught in the U.S., Australia, Singapore and China. He was co-founder and C.E.O of Creative Action Now, a Singapore-based English Language educational consultancy. He has published poetry, short stories and feature articles in the U.S. and Australia and has written musical plays, produced in Australia. He was awarded First Prize for nonfiction in the spring 2020 Ageless Authors writing competition.