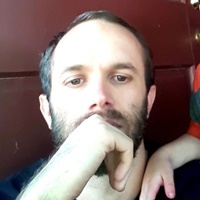 An artist’s ability to maneuver waves of rejection often determines the fate of her career. Sooner or later, she finds that not everyone shares her intense love for her artwork. No matter how painful, she mustn’t let this heartache sabotage her efforts. Especially in the face of rejection, the artist must press on.

The artist braves the elements alone, captain of her vessel. At times, the world may seem to her full of individuals who could live without her. In the choppy waters of rejection, she may need to remind herself that her journey isn’t solely for her benefit. There are people around the globe who need her art like they need sustenance. With them in mind, she can weather even the worst torrents of rejection with the vigor of a hardened sailor and bring her art to where its needed.

A sailor doesn’t bear his cargo for everyone’s sake. Rather, he toils on behalf of those who crave what he has to deliver. Other boats and distant harbors don’t distract him. He focuses entirely on his own mission. While it may not be a grand one in everyone’s eyes, it belongs to him and no one else. That makes it special, and worth seeing through to the end. When the weather turns against him, the sailor doesn’t halt or sit dead in the water. He doesn’t turn back. He finds a way through the storm or around it, no matter how long it takes. He knows his course like he knows the stars. Sometimes there’s no choice but to sail into a strong headwind. He does so cheerfully, even when it requires double the labor.

Rejection is as far beyond an artist’s control as the wind and the currents. Let her find relief in this simple fact and know that holding onto fear of rejection isn’t worth the effort. She can release it forever. As often as she feels that fear trying to climb back into her head, she has the power to cut it loose. Let it fall to the wayside and into the water. Give fear to the abyss. An artist has no use for it.

One beautiful thing about an artist’s creativity is how it connects her to other people, and those to others still. Let her carry on for the ones who need that sense of connection, the ones who feel alone and stranded, the ones cut off and isolated, the ones entrenched in vicious struggles, the ones who fight to get through each day. To them, her masterpieces are as crucial as food and water. They need her to do what she loves and create.

Now is the time for the artist to let go of fear. Find that tether that weighs you down and take a knife to it. Let it drop. Watch it sink and disappear for good. Let it drown.

Now she can drive on. Her loved ones will be ever forgiving of any unexpected delay she bumps into. They’ll forever be grateful that she decided not to quit. With favorable wind or without, she must arrive or sink trying.