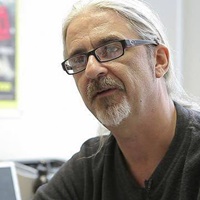 I, Nina M. Johnson do take

Rashaad J. Collins to be my husband

Bye, love yours only

I flipped over the page I’d picked up to see the scrawled note that Ms. Johnson (hopefully soon to be Collins) had added to the front of the folded message. I’d found her paper on November 14, 2020 and she’d poured her heart out on September 9, 1999. She’d even scribbled down the time (11:05 am) and that she was in English class at the time she had written it. Here I was, a decade later, trying to figure out if this was an old letter recently found and thrown out – or had it never been sent? Had fear and possible humiliation stopped Nina from sending it and she’d found it recently or something else?

Water spotted and torn, I’d dug the declaration out of the trash that collected on a regular basis in our front yard. All kinds of garbage smashed into the ripped patch of lawn fronting our home. I’d thought it was just another piece of junk that normally I’d just bag and toss it – but it was folded with writing all over it and I’m nosey by nature. Three-holed, bleached white by the weather, it had been kicking around in the wind for a long while.

Nina had covered both sides of the page with her tight writing even listing their favorite song as ‘Never Gonna Let You Go’ as my neck tingled at her obsession with Rashaad that kept getting tighter and deeper and I figured that Rashaad had gotten the note and tossed it. But that was a helluva time for it to be in the wind and it would have been long gone.

A large black oil-stain blotted out the further message scribbled on the page – small fragments left to be figured out – “shit to do”, “beat my ass”, “be good”, and the most telling, “when you get out.” It was that last fragment that flashed me back to when I worked next to a juvenile offender’s facility. I’d find torn-up letters like this lying by the trashcan or stuck on the bus stop shelter windows. Teenage declarations of love, crude fuck poems, simply written and barely legible forget-me-nots all lost or thrown away. I figured Rashaad had probably been locked up too.

So, I kept Nina’s last letter because someone should remember that she loved Rashaad forever even if he didn’t know or care. Her letter promised eternity and I felt I owed her some kind of memory and that someone should care enough to value her teenage love. She’d sent her heart over the wall and Rashaad probably tossed it in the street when he finally got out. Maybe he was one of my new neighbors? I hope Nina didn’t mean what she wrote and had moved on – not wanting to wait for him after all. He might have forgotten her or given up on her. I hope she’d forgotten about him and they hadn’t stuck it out.

Julian Grant is an animator, an educator, and author of strange and unique short stories plus full-length novels/ non-fiction texts and comics. A tenured Associate Professor at Columbia College Chicago, his work is enjoyed worldwide. Find out more about him at www.juliangrant.com.