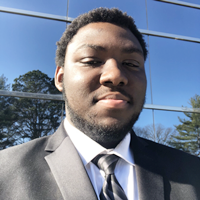 “I can’t exactly get a grab of what today’s club activity is Micheal, ” said Simon. Everyday Micheal would put a letter in Simon’s locker. That letter would describe where the two were supposed to meet and the whimsical named objective they were supposed to accomplish. A name like the adventure’s club caught Simon like a fish on a hook. In the way that he did not know the severity of his action.

“Another afternoon spent looking for the treasure to end all treasures; isn’t this the life Simon, ” said Michael. A reward no one except for the Cunnighams would believe exists. Obsessing over this list ran in Micheal’s blood. Micheal’s grandfather, Jake Cunnigham found the list and instilled in all of his family that completing this list would change their diet from tuna to the salty smell and sour taste of caviar in their mouth.

“What is the task Michael,” said Simon.

“It’s a bit more difficult than usual. I got Zania to help us,” said Micheal.

“Why bother your poor sister on a day she has practice”.

“It’s because she has practice that we need her help. Today’s mission is to have a boy flip the bench in the ladies room”.

“Let’s hurry; I’m not exactly happy about it either,” said Micheal. As Micheal opened the door, the smell of chlorine wafted out.

“Close that! What if someone sees you,” said Simon.

“Every sports club has an away game today and the other clubs don’t stay this late,” said Micheal as he used his hand to beckon Simon to follow him.

“This really doesn’t feel right,” said Simon as he enters the women’s locker room after Micheal.

“Everything will be alright Simon. It’s an in and out job,” said Micheal. Micheal spotted a bench after checking a few rows of lockers. The bench was made out of wood with chipped blocks of cement at each corner. The bench was engraved with “women’s swim team circa 1989” but the number was scratched out and replaced with multiple different years.

“Here it is, help me flip it over and we can get out of here,” said Micheal while he strains in an attempt to flip the bench alone. The two succeed in flipping the bench and on the other side of the bench is engraved “El Psy Congroo”. El Psy Congroo is a code that appears on any mission that is dangerous.

“We did it now let’s get out of here,” said Simon as he nervously looked around.

“Wait Simon this is obviously a clue,” said Micheal.

“That doesn’t matter, we have to get out of here,” said Simion.

Micheal ignores Simon and begins to examine the engraving.

“Simon, this engraving was done with a knife or something equally as sharp,” said Micheal. Simon screams in terror when a lightning strike simultaneously comes down.

“Sorry but it’s fine the lightning covered it,” says Simon.

“Lighting,” whispers Simon in a pondering tone. Simon rushes closer to Micheal and grabs the anomaly key from Micheal’s book bag. The anomaly key is a key that opens every lock it comes across. Jake gave this key to Micheal to represent that he was going to be the Cunnigham to unlock the secrets of the list.

“They are coming Micheal,” said Simon.

“What, I don’t hear anything,” said Micheal.

“We only have an outdoor swimming pool; swimming probably always gets cancelled when it rains. There’s no way to know how close they are if we ran out they could have spotted us ,” said Simon. The sound of multiple girls coming into the locker room makes the two boys afraid. They are afraid in a way they have never felt in any of the other El Psy Congroo missions because they both came to the understanding that time it wasn’t their body on the line it was their life.

After a few moments of silence between the both of them Simon began to speak.

“We should wait it out. The door is locked so they won’t find us. There’s no way to see out of this thing so it’s not morally wrong either,” whispered Simon nervously. As if to mock him, the sound of the swim team’s secrets and their undressing flooded the boys’ ears with a painful force akin to pouring magma into an anthole.

“Just a little faster and I can make regionals,” said Zania.

“That was Zania wasn’t it; text her and see if she can pull the fire alarm or something,” said Simon.

“That was almost a good Idea Simon. I think I’ll do this instead,” said Micheal. Micheal pushed the letters on his phone at a fast pace until the two of them heard the ping of Zania’s phone. Though the two of them could not see this, when Zania phone pinged she covered herself and began to speak with a face of detest planted as firmly as a willow tree.

“Oh my god everyone the boys won their game. They just got back to school and are waiting for us,” said Zania in a monotone voice. The girls fell for it nonetheless. Every team member rushed to finish dressing and left for the parking lot. Zania was the first one out the door.

“Don’t worry; This was an hour long plan and it’s been 50 minutes. I have time to take some pictures of the bench,” said Micheal as he emphasized the words “of the bench”.

“You did great today. You saved us after I made us take unnecessary risk. I’m sorry,” said Simon.

“It is not exactly what I had in mind but I got my adventure. I’ll forgive you as long as the next one endangers my health and not my reputation, said Simon.

After taking the pictures the two of them left the locker room unseen and smiling.

Wayne Dickerson is a fantasy focused author. Wayne was a lead writer on the short films sharkflix, Rent free, and Rent free 2. He is a student working on his creative writing degree.