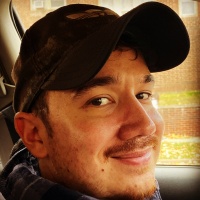 Charlie’s wistful heart tingles as he pulls up to 437 Wilton Street, the apartment building from his childhood. Everything is gone but the skeleton of a structure and the echoes of Charlie’s memories. You can board up the windows, but you can’t cross out the souls that once occupied the walls.

Every Saturday night, the entire block would light up with a Fourth of July jubilance. Dueling music speakers battled to steal the humid air at full volume. The Ramones shouted to the rooftop. Bruce Springsteen crooned to the moon. And Sam Cooke sang to the heavens.

Out in the street, Rich used to show off his candy red Mustang. Rich thought he was a lot cooler than he actually was. His hair grease looked like a mixture of egg yolks and cement. Charlie hasn’t forgotten the time that Rich revved up his ride in front of the whole neighborhood, only to blow the engine. As everybody laughed, Rich’s face blushed redder than his broken car.

Shawn was the tallest human that Charlie had ever seen. He dribbled the basketball on the bubblegum-stained concrete like he had the world in his hands. He never did make it to the pros, though. But he did become a pro of another kind. Charlie hadn’t heard about Shawn in years until the day a familiar voice spoke through the television. It was a commercial for a landscaping business — aptly named Shawn’s Professional Landscaping.

Charlie wished that he were older. Then, maybe he might’ve gotten noticed by his first crush, Henrietta. He’d often daydream about her curly hair, sparkly lip gloss, and mysterious eyes. Sometimes when Charlie passed by her door, he’d hear loud yelling and harsh bangs. Wherever she is now, he hopes that she’s safe and happy.

TJ always treated Charlie like a little brother. He’d even give him extra cash for snacks every single week. Charlie always admired TJ’s bright red Nike shoes. One day, TJ got arrested by the cops in front of Charlie’s very own eyes. It turned out that TJ was selling a certain kind of product, and it wasn’t chocolates.

Charlie’s grandma cooked the most delicious spaghetti. It smelled like love. The sauce was made from fresh tomatoes that she grew on the building’s rooftop. Charlie still thinks of her sweet smile with the missing front tooth, and the big, dark moles on her cheeks. The cancer eventually got to her. When she was put to rest, Charlie was forced to go into a new home. But it wasn’t really a home. The memories from that place are the ones that Charlie permanently boarded up in his mind.

After snapping out of his trance, Charlie picks up a decrepit brown brick from the building and sets it on the passenger side floor of his pristine Cadillac. When he arrives back at his quaint house in a quiet neighborhood, he places the brick in the soil of his tomato garden and smiles.