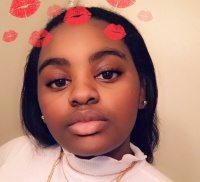 If being in a baking competition didn’t bring a pit in Sarah’s stomach, it was her fallen cake. Her heartbeat ringing in her ears, deafened the sound of ovens and mixing machines roaring as her rival sped through his preparations. She prayed that this is only a nightmare. Her previous hour that she had perfectly planned to every fine detail ended up in a crumbled mess on the marble floors. The bead of sweat ran down her cheek as if it were a tear drop.

“One hour left on the clock, bakers!” The host’s shout knocked Sarah out of her state of shock. She must redeem herself fast. Sarah wiped her sweaty, shaky palms on her pink apron and hastily picked up her shattered pride.

How am I going to finish a three-tier cake in less than one hour? She thought. There is only so much she could do. She would barely have time to even decorate her cake by the time it pops out the oven. Every second that ticked down on that clock, her hope for winning this competition diminished. She needed this reward money. Her husband serves in the military and Sarah only wanted to bring him home for the holidays.

Dumping the last of the cake in the trash, Sarah races back to her station. Luckily, there is batter left over from her previous cake. She immediately went into baking. After plopping the batter into the pans then tossing the cakes into the oven, she rushes to recreate the frosting she had achieved earlier. As she aggressively stirred, she looks over at her competitor.

Her breath cut short as she gawked at the cake across the kitchen. The theme was the baker’s favorite holiday and her rival had done well. It was a pumpkin, carved with an evil face that mocked her as a dull light flickered inside. No wonder she had smelt pumpkin and cinnamon earlier.

His design isn’t much but, the judges would prefer that over a cake that probably wouldn’t be iced. The more she stared, her confidence flushed, spiraling down to the pit in her stomach.

“Sarah, is everything good over there?” asked her rival. He knew damn well that she wouldn’t bring a better cake than his. Not with the time she’d have left. “You took quite the fall back there.”

She went to speak but, a lump in her throat caused her to stumble over her words. “Y-Yeah… I’m okay.”

“Hope you finish in time,” he smiled. Yet, Sarah could see right through the mask. Under that mask mirrored the evil smile that his pumpkin held.

Jerk. Sarah thought, finishing up her forest green frosting. She dipped a spoon in the bowl before putting it to her lips. The peppermint flavor filled her mouth and she felt like she was brought back to her childhood from taking a candy cane from off the tree. This is what she needs to go with the chocolate velvet cake that sat in the oven.

She set aside the frosting and focusing on her sugar candy ornaments and presents that will be her decoration. A small lick of hope comes back to her. Maybe she will just have enough time to have something to offer to the judges.

She finished up her decorations and looked up at the clock. It read “0:21:10” and her hopeful heart dropped once again.

She then considered about forfeiting the competition. Her rival is pretty much done so what could she do now? She couldn’t go up against a pumpkin with an undone cake. She only had one chance and she messed it up by being clumsy. What was hope going to do against time? I mean, there was always next year for husband to return home for Christmas for once…

Chocolate wafted in the air and Sarah took her cakes out of the oven and throwing them into the blast freezer. She bounced on the balls her feet, eyeballing her carefree rival as his cake is already finished. She picks at her fingernails, anxiety taking over her as she watched the time. She’d take 10 minutes waiting for the cakes to cool down then the final ten minutes to decorate. That would be enough time, right?

Sarah decided not to question herself so much and dedicate herself to getting as much done as she could. She towered the chocolate cakes and carved the tiers into a cone shape. She layered the outside with the peppermint green frosting to create pine tree.

She frantically placed her colorful ornaments.

She placed small presents at the bottom tier.

She blew glittery white snow across the tree.

She finished the tree with a yellow star.

Sarah gleamed as bright as the yellow star on her tree. She did it. She successfully redeemed herself. She looked across the kitchen at her rival. His smug grin was replaced with disbelief and shock.

The same shock mirrored onto the judges faces later as they sat on the edge of their seats. They sliced through the chocolate cake with their forks before taking a bite.

Unfortunately for Sarah, the judges said her cake is too dense and she ended up losing the competition. Tears fell down Sarah’s face along with the confetti that was meant for her opponent. The tears that had been fighting escape from the dam since the beginning of the competition. Not because she lost but, because of her husband.

A hand landed on her shoulder and she looked up to see one of the judges. Then, that judge said the few words she wouldn’t forget. “Sometimes you just must have fun instead of overthinking, Sarah.” said the judge. “That’s what’s important when it comes to do something you love.”

Brenda Hill lives in Florida and currently an undergraduate student at Full Sail University. She loves spending time with her family and relaxing with her 2 dogs while eating ice cream.