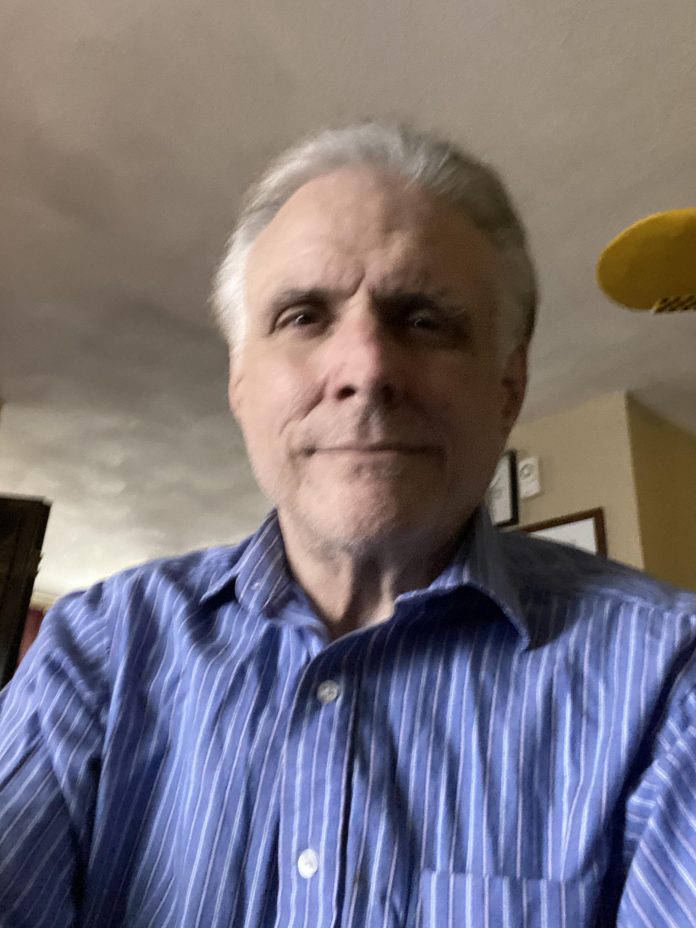 I grew up in a Little Italy in Providence Rhode Island USA. My father was a union truck driver ,my grandfather had an Italian bakery from the 1915s or so. So, I would have two choices graduate high school and join the union or drop out of school and join the union. Both were acceptable to him. It was the time of the Vietnam war and the draft was on. I was 16 and about to start 10th grade when I got into trouble in school. Something I was particularly good at for a few years at that point, and my father literally pulled me out of school, “To principle. “David will not be returning,” the motivation, since he was about to lose his job from all the time he had to take off to get me out of one problem or another, and back in school after multiple expulsions and suspensions, Nothing serious but I was a nuisance who had authority issues. Considering that I stopped doing my schoolwork by 6th grade, that was about the last grade I completed of public school, by social promotion, back then they pushed you through the system no matter what. I was 16 did not have a job and figured maybe I could join the Air Force; my older cousin was in and a lifer and loved it. I went to the recruiters and was told you must have a high school diploma or GED and be 17 and have your parents sign off on it. Well 17 was coming soon and I registered to take the GED exams, four of them, usually taken on different days. I showed up to take the first test and asked if I could take them all that day. The receptionist thought it was funny but said if you can finish and pass all four, I could, but she had not seen anyone finish in a day. Well I took all four, passed all four easily which don’t say much for high school. I was an avid reader and was reading Nietzsche when I was in sixth grade. Brain exercise I used to think. Well that left my father’s signature, which was given happily, and I had to wait three weeks to turn 17. I was on my way to boot camp in Texas three weeks after I turned 17. Dec. 1st, 1972. I completed boot camp went on to law enforcement training, spent 3 years in and the week I got out I went to RI College to find out if and or how I could get in. They like Harvard University have a performance matriculation program. Maintain a B+ every class and you were in, and could graduate. I majored in Psychology and was a premed minor and wanted to be a Pediatrician. Made it all the way to my senior year and needed to drop out for financial reasons. That was 1979. Got married opened several successful restaurants and Auto Dealerships, had 2 children, boys, and was living in California when my then wife didn’t return from work one night. My life was about to take a dramatic change. I was a single parent with a 9-month-old and two year old. Had to move back to the east coast where family was for some help. She was fine with a new boy friend in California and out of their lives except for a couple of times they spent a few months in Florida with them. By 1993 I decided that I wanted a better life for the kids and didn’t want them growing up where I came from, so I went back to school. I was working for Compaq computers as a Senior Systems Engineer and they paid for me to get my BSIT from the University of Phoenix, finished in two years and before I finished I enrolled at Harvard University Graduate School again through Performance Matriculation. That was one of the most memorable educational experiences of my life, and a bit of a shock when I seen their expectations. So for one semester I was finishing my BSIT and starting my Masters in Computer Science at Harvard running back and forth from work to Cambridge for lectures never too a class and kept an A- average. Needless to say my employment opportunities expanded and ended up working for all the top companies from IBM to Compaq to Hitachi Data Systems and EMC as an Certified Principle Data Storage Architect, which I still do today.

This book was a serendipitous surprise. I was reading a site online from Antiogianni Landi NYC talking about the Noble Landi family. I knew a little about it, from my grandfather, and knew none of that money followed my great grandfather to the US in 1900. I became completely fascinated with the subject started doing a little research of my own only to find out things that were hard to believe, some incredible stories and the history in Italy full of holes inaccuracies, and just shady history, done by historians who put little effort into finding the official facts. That is why there are over 1200 references in the book. I knew I would be attacked otherwise. The one thing that finally launched this book was a book written by an Cardinal Antonio Samori he was in charge of the Secret Vatican Archives, He was from northern Italy and was very aware of the twisted Italian history told in encyclopedia and other historical works. So, he did his own research in the Secret Vatican Library and wrote his own book. He was unable to release it until he was on his death bed not knowing what the repercussions of the Pope would be. So, it was released the day he died in 1983. There were other honest historians some of Italian histories only partial starting late in this family’s journey, not many but some had great materials. All of the history until then started in the 11th century during the Dark Ages and I started to find scrolls and incunabula some in my own library, that had references for the Landi all the way back to 300BC Germania. (The Tribe Landi) It is a 2300 year story with twists and turns that I have found amazing. Touching just about every royal family in Europe. I have spent just short of 9 years of research, translations, visits to Italy and other European countries and with my expertise in Data Storage I had access and ways of gathering data that no one before me had. That has been of great help. Have I included all the references no, have I translated all the scrolls or had access to the Vatican’s Secret Library? No, hopefully a day will come when the Vatican helps fill in the Age of Obscurity the Dark Ages. I thought have woven together a fascinating story about a family that had significant effects on the history of Europe going back a more than a couple of millennia.

It was actually on this very subject. I started out on Wikipedia the worst writing experience of my life. It was a constant fight with volunteers who were not editors and refusal of me being able to include translated Latin scrolls since they could not read them. I spent 8 months punishing myself with this task before I decided on writing the book.

This book took more than 8 years. It ballooned to over 1200 pages, I had to cut it back. Some days it was no more than a few sentences or many hours of research. Much of this information you will not find in Italian history books today. My goal was to remedy that. If you search the Library of Congress for the last name Landi, nothing used to come up. You will find this book now.

Unfortunately I write every day if I don’t write something I feel guilty, but the strangest thing is sometimes I would wake in the middle of the night with an answer to a question I had for months get out of bed and start writing. I paint in oil and do the same thing with that pulling paintings off the wall at 3am to fix some little imperfection I was obsessed with.

I write but my passion is Painting and sculpture. If I had to choose between them all, I really don’t know. I also restore ancient books pre 1500 Incunabula rebuilding and then restoring the artwork. Also.

I am thinking about doing an autobiography. I have been traveling around the world for over 25 years haver seen things, done things been places many people could not dream of. The only thing holding me back is a couple of the important characters in my life are still alive in their 80d and 90s but out of respect I feel uncomfortable telling some incredible stories. Many people have told me to do my biography, but I always say even fiction needs to be somewhat believable. I have many stories that are flat out unbelievable. I will get around to it. Painting Rembrandts self-portrait right now. Want my own copy..:-)

I have gathered some marketing data from Face Book since the book has had a page for 6 years. The biggest surprise is that the Middle East is one of the largest group of readers and they ask questions constantly. It has 83000 followers on Face Book. I think it has something to do with Royalty. Italy is a close second.

Passion. It was passion that drove me for over 8 years. If a publisher said I need you to write another book in X amount of time I would have a problem. I need something that consumes me.

2-3 books a month since I was 9 years old. Science, Philosophy, History, Medicine.

Well I have found that accuracy using more than one reference in history is crucial. Sometimes I have had many references that were all wrong. I have been persistent when my gut tells me something is not right, I keep digging looking for novel sources.

I think the advent of self-publishing has allowed many non-traditional writers to get their works out there. Unfortunately, many don’t have the experience with marketing, and getting their book out to a large number of readers. That is why I never considered self-publishing. First, I don’t do this full time. Second, I don’t know anything of the ins and outs of the business.