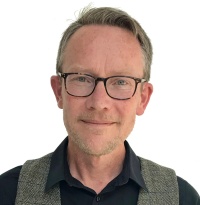 Izabela’s earliest memory is of picking fruit from the fig tree that bordered the stream which ran along the bottom of her garden. She was probably four or five years old; it was before she had started school in the village. Her father would hook the tree’s branches, pulling them down close to the ground, and Izabela would pick the sticky fruits, carefully placing them in a woven basket before the branch catapulted, returning skyward. Every year the autumn rains would swell the stream to a raging torrent, and this would feed the tree: the tree and Izabela would grow in unison inch by inch, foot by foot. As the best fruits moved forever upwards, it was always Izabela who would collect them whilst her father hooked the branches.

When she was twelve, their roles reversed; Her father no longer having the strength to pull at the branches. Izabela would hook and tug; her father would steadily and deliberately collect the fruit. The following summer, her father sat amongst the meadow flowers and watched as Izabela collected the fruit from the low-hanging branches. That was the last summer they collected figs. The following year, a great storm split the tree’s trunk in two so that one half, gashed, splintered and gaping, dipped its branches down into the flowing water below. Izabela bought figs from the market and wiped their sugary flesh against her father’s lips.

Three days before her twenty-first birthday, Izabela graduated from Wroclaw with honours. Her obligations fulfilled, she packed her bags, said goodbye to her mother and the broken fig tree, and headed to London.

As she stepped off the coach at Victoria, she expected to see a surging metropolis, full of life, full of British people going about their business. She’d imagined rows of red telephone boxes, London buses travelling here and there, and the shimmering lights of the West End. She would meet a handsome gentleman who would say, ‘Good afternoon, how are you?’ and then invite her to join him for afternoon tea. Instead, a derelict—dirty, dishevelled, and reeking of drink—pleaded for change. She blanked him, pulled her coat tight, and dragged her belongings out into the twilight of the city. She was heading to Jakub’s—a friend of her father’s—in Ealing.

Jakub’s place was a four-bedroom maisonette above a charity shop. It smelt of cabbage, stale cigarettes, and fried pork mince. The entrance was a fire escape that emptied into an alleyway, which was home to the wheelie bins of neighbours and surrounding restaurants. During the daytime, the alley was bristling with life: kitchen staff emptying fryers into drains, Polish kids with shaved heads kicking balls around, and groups of young Turks smoking cigarettes down to the butt. At night, this was a place where dealers, prostitutes, and rent boys plied their trades.

Izabela took a room on the top floor. She shared with Wioletta, who’d arrived two weeks before from Katowice. When Wioleta wasn’t out with friends, she infuriated Izabela with the tinny sounds of her iPod repeating S Club and Girls Aloud. Izabela escaped by talking to Jakub; he reminded her of home and of her father before he’d become ill. She knew that Jakub had spent most of his life here, in London, yet his childhood memories evoked memories of her own childhood, the simplicity of country life and country ways. Likewise, Jakub enjoyed having her around. She listened to his stories, how he had come from a distinguished Jewish family, until Stalin had invaded Poland and his father had fled to Britain with his family, a suitcase of clothes, and a copy of the Torah. And Izabela reminded him of Aga, his late-wife, in the way she spoke with that self-assuredness and how she flicked her hair in that same girlish, nonchalant way.

No one stayed at Jakub’s for very long; it was a staging post. He would take them in, give them a bed, find them work, and send them on their way. Three weeks after Izabela arrived, Wioleta left. Jakub had found her a job, some kind of food processing, somewhere near Ely over in the East. Izabela didn’t seem to have a glimmer of a job; it was if her degree had no value here. So, she spent her days in Walpole Park watching the sparrows gorging themselves on cast-off breadcrumbs, and children acting out scenes of pirates, cowboys, or ballerinas. Occasionally, she would treat herself to a coffee, but always sitting alone thinking about her dreams, her ambitions, and when they would come true.

Sunday morning and the building was always still. Sometimes, Jakub would slide the kitchen window open and listen to the sparrows flitting back and forth, picking at the remnants of the previous night’s discarded takeaways. Other times, he kept it closed, preferring to guard the room’s warmth and block out the fetid stench of spoiling food which had not made it to the restaurants’ bins. This Sunday, the window was open, and the whistle of his kettle drowned out the sparrows. He wrapped a fatigued tea towel around the handle, poured a little water over coffee grounds and the rest into a large ceramic bowl. He’d wash himself after breakfast, his Sunday breakfast of apple pancakes.

Many years ago, Aga would make him apple pancakes. She used to add a spice that elevated them, made them special. He didn’t know which spice she used; so he’d taken to adding a little cinnamon and imaging she was there with him eating pancakes, drinking Plujka coffee, and listening to the birds. Of course, she wasn’t there, hadn’t been for many years, so he was flicking through Friday’s Metro, scanning the headlines, and occasionally reading the articles beneath. Contented knowing that the world was just as crazy as ever, he folded the paper, pushed it to the back of the table, and picked up the morning’s mail. He flipped the envelopes one by one back onto the table: electricity bill, credit card offer, cash for your home, council tax demand. He stopped at a franked letter; it was addressed to Izabela. He turned it over to read the sender’s address; it was from a temp agency. He folded the envelope and slid it into his pocket.

It was six months since Izabela had arrived. Others had come and gone, but she was driftwood trapped in the ebb and flow. Jakub had been kind enough to let her stay on, giving her a room of her own. And she’d got into the habit of taking her morning coffee with him, listening to his stories. On one particular morning, he’d gone in search of a book, a book he was sure would interest her. So she sat at the kitchen table, hands seeking warmth from her mug, and took in the accumulated history of the room. Her eyes came to rest on a faded picture of a much younger Jakub, standing proudly next to a plain-looking girl in what must have been her Sunday best. Izabela moved to the mantelpiece to take a closer look when she noticed a bundle of half-concealed, folded envelopes. She took them and one by one saw that they were addressed to her, Izabela.

Jakub returned, clutching a well-worn clothbound book. She clumsily tried to hide the envelopes, but it was too late. His face contorted, he raised a clenched fist and opened his mouth to speak. Then, in an endless moment, his face drooped, the book tumbled to the floor, and he stumbled towards her, collapsing, sprawling at her feet.

Today, at a certain maisonette, above a charity shop, in North Ealing, Izabela welcomes the coach-weary. She takes them in, gives them a bed, finds them work, and sends them on their way. On Sunday mornings, she opens the kitchen window, pours steaming water onto coffee grinds, and makes apple pancakes. And, when it’s the season, she goes to market, buys figs, divides them in two, and wipes their sugary flesh against Jakub’s lips.

Peter Roxburgh is fresh to the world of fiction after having been published by Microsoft Press, Sams Publishing, and various magazines on topics as diverse as software development and rock climbing. He holds a first-class BA honours business. When he’s not writing, he coaches executives on communication skills and techniques.