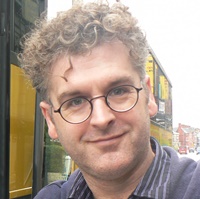 As Long as the Dep Can Join the Dots

“So, let me get this straight…” Inspector Crichton said, chewing the end of his pencil and ruffling his candyfloss cloud of white hair. “If one of your musicians has a bit of a late night…a pretty likely hazard in your occupation, I’d have thought…you’re saying that they don’t need a sick note, they just send in their nearest sober musical friend and hope they get away with it?”

“Putting in a dep,” nodded Albert. “As long as they can read the dots… It’s a well known thing.”

“Not by me,” Crichton said. He underlined something in the notebook with a flourish that broke his pencil lead. “As long as they can join the dots,” he read aloud.

“Read the dots,” Albert corrected. “Music. The score. Joining the dots is more your line of work, don’t you think?”

Crichton let it go. “You do realise that means we don’t know if Mr Pringle was even at the rehearsal?”

“And neither does anyone distinctly remember not seeing him. Or his deputy, who – I ought to add – they might not have known from Adam, anyway.” Crichton shook his dandelion mane. “You know, some days I think I’ve had it with this job. I’ll be back.”

“Inspector Crichton,” came the bluff introduction to a bemused Albert, who surely didn’t have anything more to say about Peter Pringle’s presumed disappearance.

Albert had called time on the rehearsal and the chocolate digestives were being handed round. Crichton took three, letting out his waistcoat a little as he eased himself into the chair and crossed his legs. The Parker pen scrawled across the page of his Moleskine as he listened to Albert say, for maybe the fifteenth time since Peter’s absence had finally been noted, precisely how little he or anyone else knew about when the man had last been sighted.

“Right…” Crichton stroked his handlebar moustache. “So, we’re looking for a man whose absence you’ve finally noted, all of you, because his chair was empty last Tuesday week, but you’ve no way of telling whether he was at the rehearsal the previous day. Or any of the previous days because of this anonymous ‘dep’ thing. Right?”

“That’s about the size of it,” said Albert. He had one or two questions of his own he might have asked but Crichton’s steely blue eyes beneath the fierce black eyebrows were not in the mood for interrogation.

“Don’t you keep any kind of ID on any of your players?”

Albert shook his head. “The Orchestra Manager handles the contracts,” he said. “She might have something…”

Crichton sucked air between teeth that were not so much tombstone as war memorial proportioned. “An application form and an interview record. No photo. No fingerprints. No blood sample. And how are any of us to know, anyway, if Pringle himself even turned up for his interview?”

“Well, I’d have thought he’d have done that. Second violin positions don’t come up often with the orchestra.”

“Mr Collins, we don’t even know for sure that Mr Pringle could play the triangle, let alone the violin.” The Moleskine was snapped shut and Crichton heaved himself to his size ten feet. “You know what I’m going to say, don’t you?”

By the third visit, Inspector Crichton had adopted a rather fetching Afro. And lost at least a foot in height. By the fourth, she was in a dress. Albert, meanwhile, had more pressing things on his mind than Peter Pringle’s disappearance. Indeed, a replacement had been found and there was the annual mayoral dinner dance to rehearse. Crichton Number Five, meanwhile, wanted to know if there was any chance this newly found replacement might have been the “dep” for Pringle. Neither replacement nor Albert had been able to answer him.

“There are times,” sighed Crichton, as he stroked his considerable beard, “when it becomes patently obvious that I’ve been sent on a job that, frankly, is a waste of mine and the Great British tax payer’s time. We seem not to be able to prove Mr Pringle existed and…” Here he gave Albert a look that would have bent his baton, if he’d been holding it. “I also have to say I have my doubts that you’d have noticed even if the gentleman had been abducted under your very nose.”

And, so saying, the sixth or seventh of the Inspector Crichton’s clicked his Biro, shook his head, and made his way to the door.

Whether he noticed a tanned Peter Pringle entering, back from the holiday he’d informed the Orchestra Manager about well ahead of time, went unrecorded in any of his (and her) notebooks.

Mike Hickman (@MikeHicWriter) is a writer from York, England. He has written for Off the Rock Productions (stage and audio), including 2018’s “Not So Funny Now” about Groucho Marx and Erin Fleming. His previous play, “Lonesome Pine”, about the final days of Stan Laurel, reached the second round of the All England Theatre Festival. Since the first UK lockdown in March 2020, he has been published in a variety of different publications (both fiction and poetry) including, but very much not limited to: EllipsisZine, Dwelling Literary, Bandit Fiction, Nymphs, Flash Fiction Magazine, Brown Bag, and the Daily Drunk.