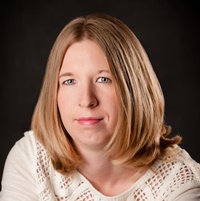 1.Tell us a bit about yourself – something that we will not find in the official author’s bio?
You’ll find some of this in the author bio, but I’ll elaborate further. I’ve been writing my whole life off and on but never really took it seriously until after a fateful day in 2015 when I had the pleasure of meeting my favorite author, Chuck Palahniuk, at one of his book signings. He was such a nice man and took time to speak for at least 5 minutes with each and every fan that stood in line. Meeting my personal hero was enough to push me to take my writing seriously. So, I did things the right way. I signed up for a few writing courses, signed up for several critique groups and read every craft book I could get my hands on. More importantly, I began writing.
I’m originally from Pennsylvania but moved to Charlotte, North Carolina with my husband after veterinary school. We have two kids and two dogs that keep me busy and tend to distract me from my writing at times. But they’re also good tools to make my writing more personal. My dog Loki heavily influenced my first novel.
I write horror and dark fiction. People find this a little shocking when they first meet me. Then they get to know me and my sense of humor and it all makes sense. Horror has always been a part of my life. I was born in October and I get my love of horror films from my Dad. I remember sneaking downstairs and watching films with him when I was too young to be watching them. My poor mother had to deal with the nightmares later. But I always went back for more.
My “day job” has really helped me focus my writing. I originally used writing as a break from veterinary medicine, a sort of therapy session you could say. Now writing has become more of a habit, something that I crave as much as my other passions. Pretty much all of my stories either have some sort of medical or animal element to them. As a veterinarian, I have a special interest/focus in dentistry and oral surgery as well as soft tissue surgery. One of my early stories is a story about a mad dentist. It was fun to use descriptive terms about extracting teeth to really amp up the horror.

Feel free to add any other questions that you think are relevant to your author’s profile and answer them. Thank you.

Please include with your answers three or four pictures: