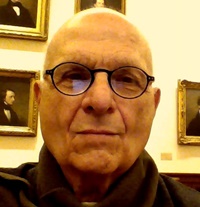 They live in the back of my mind like a waking dream. I can never forget them. I don’t want to. They were my girls, my friends and lovers who did not even make it to our ten-year High School reunion. They died not nearly a year apart. Barbara passed just a few months before the Mepham High School reunion of 1975. Susan just months before her, and here I am alone.

Some of my old High School chums who seem to know everything about everything talked about them both the whole time, never in a bad way, but they had no idea what they were talking about. We were lovers for a little while, Susan and me. No, Barbara and I were just friends. Yea, it’s heart-rending anyway you look at it. My eyes still fill with tears when I think of them and I always do, think of them.

At the reunion, most people were dancing and drinking, some were well dressed. Me in a cheap sport-coat and weird-ass blue shoes not talking to any of the girls. I just could not deal with them right then and there, nearly familiar faces and smiles. Some well-dressed smart guy I once knew was now a psychiatrist, another a lawyer, and we had a couple of dentists in the room. Barry had sold his home-made humorous greeting card business to Hallmark for a cool ten million. He retired to Colorado at twenty-eight, to ski. Barbara and Susan dead, both twenty-seven years old and I’m still in recovery.

Barbara got married to Howie and pregnant right after High School, but not in that order. She had two kids, got divorced and was living in Patchogue when she died of Hotchkins Lymphoma cancer in 1974. Her little boy was just two or three years old when she departed. She called me and we met-up a month before her end. She was willowy and beautiful with crooked teeth, thinning hair and a diagnosis that I didn’t understand until it was too late.

Susan was gone a few months before. She had fallen into the Long Island crazy-town trap/syndrome/funk and she had had enough. Susan took her own life in the mental ward of Meadowbrook Hospital. We both should have left and stayed away from Long Island when we had the chance. She was so smart. She could have been anything.

The boys at the reunion stood and sat around the bar drinking gin and tonic, chatting about other people’s money and luck with jobs and wives. Some folks never change. I lifted a glass for our dear friends departed, nothing specific, no names mentioned, then cried alone. I staggered out of the Hempstead Marriott Hotel ballroom and kept on staggering for the next two years, mumbling mantras of friendship and love to walls or to anyone who would listen.

I never believed for a moment that Susan was mentally un-well, or that she had really loved me. I loved her so much that reciprocation seemed impossible to me. I was nothing special. She was nothing but special; brave and beautiful, but perhaps she loved me despite myself. Some girls are like that. There were little hints floating around for years that I did not comprehend or pay much attention to, but maybe she loved me.

Barbara and I were make-out friends in High School, but nothing too serious. We were just keeping busy and away from everyone else’s foolishness. We were together almost every day of our senior year but didn’t see much of each other after High School. She called me one summer day in 1974 and we got together. It was the beginning of the end for her. I ran into her first-born daughter years later at a Long John Silver’s restaurant in Patchogue. I don’t think she recognized me. She had two boys of her own, about five and six years old. She reminded me so very much of her mother, tall and graceful, the same transcendent walk and crooked teeth.

Nothing remains of Susan but memories and her one good High School yearbook photo. The house she was raised in looks the same, but not really. It’s just empty of her. It’s nothing special anymore.

I skipped the next few Mepham High reunions, attending only the fortieth. It was nice to see some of the old gang and drink a few beers. Eleanor remains remarkably beautiful, Arleen fun to talk with and Russel is still a gigantic ass. But High School reunions are no longer for me. It is time for this maturing young man to grow up and say goodbye to 1965.

Donald Zagardo is a former Professor of Modern World History at St. John’s University. He has a life-long passion for literature and has studied creative writing at NYC’s Gotham Writers Workshop. In the past few years he has directed his writing efforts toward short stories, searching for unusual topics. He is presently assembling a collection of his own work. Donald lives and writes in New York City. He enjoys international travel, foreign languages and photography.