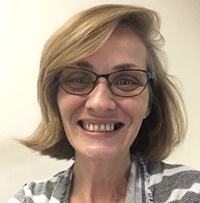 “The Man, the Woods, and the Mistake”

He could hear his heart pounding in his chest and his throat burned like fire as he ran faster and faster.  He knew there was no hope of escape as he swiftly moved forward through time and space in the dank forest on the edge of town.  He regretted leaving dinner earlier that evening where it was safe and dry, but it was too late to think about remorse.  His sweat was soaking through his black wool coat and the rain was like needles on his skin.  He ran on and on through the darkness while sticks whipped at his face and thorns tore at his legs.  He could hear his pursuers right behind him getting closer and closer.  He didn’t know how long he would last be running like this because he felt like he was going to throw up or pass out and the bag he was carrying was getting too heavy to continue holding but if he let it go it wouldn’t be worth it. If things weren’t bad enough, he suddenly heard wolves howling in the background like they had heard the foot chase and wanted to join in.  He had heard stories when he was a kid of the northwestern wolves and how vicious they were to those who were lost in the forest or this case running for their lives.   Suddenly he realized it wasn’t wolves it was dogs, they brought dogs with them in an attempt to make the chase more successful.  He couldn’t believe how bad things had gotten.  This was supposed to be easy he should be safe by now, but things had taken a very bad turn.  It started when his partner was late for the rendezvous and he had to improvise on his own and by the time the guy arrived the job was already going south.  He thought to himself you can never rely on anyone, if you’re going to do something you have to do it yourself.

He knew he was running out of time.  Just when he was going to give up, he came upon a fork in the road and decided to take the path that looked harder to take because he figured he could get away from his assailants easier by himself then they could catch him together.  But he soon realized that that was a grave mistake and that he should have never robbed the bank.

Theresa DePoi lives in Atlanta Georgia and enjoys spending time with her family.