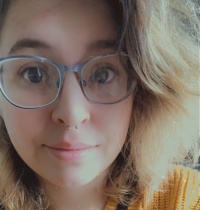 The doctor and nurses were rushing around. The beeping starts to speed up as the mother struggles to stay alive. A few moments later the beeping stopped, and a long beep took over. The doctor looks over to one of the nurses. Immediately the nurse escorts the worried soon-to-be-father out of the room. His eyes filled with tears knowing he might lose his wife and new babies, as the doctor said, “I can’t stop the bleeding.”

As the nurse escorts the father out.  A woman in a white flowing goddess gown floats into the room holding two balls of light, as if she was just mist in the room unseen by the doctor and nurses trying desperately to help the wife birth her children into the world. The woman smiled from ear to ear happy to finally bring two little souls to this family whose souls have suffered so much loss.

Right before she could gift the souls to the wife. A man in an elegant suit comes in, times seems to stop. The doctor and nurses are frozen in place with worry and determination on their faces, to save the lives who hung in the balance. His eyes narrowed seeing the woman.

“Asha, what are you doing here? No life will be leaving this room,” he said coldly.

“I have to bring these souls to the mortal plain, Bel,” said Asha.

“What will these two souls do without their mother? The father couldn’t handle this, he will hate the children. My boss hates taking the woman, but it is her time. This is my job. Stop meddling,” said Bel.

“Bel why are you such a rule follower,” Asha said in a childlike voice.

She looks dead at Bel. Not just looking through him as every other Life-Bringer does, but really seeing him. This makes him blush and turn away with a heavy sigh.

“Bel, please. The father needs something to keep his spirits up. All he has ever wanted is about to slip from him and his time will end sooner than it should. You have seen the outcome before.” Asha uses all her might pleading with Bel.

Nothing seems to work. Tears fill her eyes as she nuzzles the two small souls in her arms.

“Little souls, I am so sorry. My friend has his orders.”

“Asha…” Bel looks at her. He could see her sadness.

Out of nowhere a devilish grin pops on her face. “What if you let me send one of the souls to the mortal plane. You take the mother, a random soul, and I give you one of the souls I hold. Your soul count will be equal and one of the new souls still lives. All is still balanced,” she battered her eyes knowing, he has a soft spot for her.

Bel places his fingers on his temples, rubbing them, “Why do you do this to me?”

“So, is that a yes?” Asha said as her sad voice became much higher pitched.

“Look, if I get caught doing this then my hands are tied. Death-Bringers laws are strict. I will become a new soul just like those you hold. Then thrown into a life much worse than death itself,” said Bel looking at her. She didn’t respond. She knew the laws of Death-bringers and Life-Bringers are strict. He is right, but she didn’t care. Asha’s only desire is to make sure this family has some happiness instead of the sadness of losing all their children. She knew that Bel was the only way she could do this.

“Balance must be our top priority. We both will be punished if our bosses find out what you have asked of me…” He waited for her response, but she was silent hanging her head. “Fine, for you and only you this one time. Send both souls. We both know the mortal plane is better with a friend,” said Bel, exhaling and placing one of his hands on the bridge of his nose.

She smiles at him. Walking over to the woman, placing both souls on her large round belly. As Asha did this the small souls disappeared into the frail woman. She finds herself next to Bel, as he pulls out and hits the top of a pocket watch. Again, time starts, the room once more busts into a shark-like frenzy, as the doctor tries to stop the bleeding and save the three lives.

Bel moves through all the people running around, as if he was a ghost, making his way to the woman. Once he is at her side, he places his hand on the woman’s shoulder. Waiting for both, the pocket-watch and the clock on the wall to match up. As soon as it did, he whispers to the woman. A ball of light comes up from her chest. Bel grabs it and smiles just before it disappears. Both babies cry out as the doctor hangs his head, in defeat. Asha watches as the doctor leaves the room to inform the father.

Bel pulls out a pocket-size notebook. “It looks like we are in luck. I am two souls over. So, all is in balance,” he said looking at Asha with a smile.

Asha smiled back. A few minutes of quiet happens between them. “Thank you, Bel.”

He leaves waving bye to Asha. She is happy she brought some happiness to the father, but also sad that she couldn’t give him both, his wife and his children.

Brianna Kemper studies creative writing at Full Sail University. She enjoys writing stories for her children. Follow her at @artmis312 on twitter.