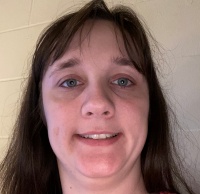 Ben’s paintbrush danced across the canvas in unwavering arcs. Greens and blues splashed together in vibrant harmony, a clear midday sky mixed with the bright green leaves of a weeping willow tree accented by gentle hues of gold. A sunny day in a beautiful garden unveiled with each stroke.

Marianne would love this. Ben smiled, touching up the details of a statue in the background.

Beige and white colors blended with the terracotta pathway leading from the back door to the central fountain, winding around it before splitting off into two separate paths. One led to Marianne’s cherished rose bushes, peeking around the corner like a mischievous child. She, like a doting mother, would tend to them often, apron stained and face damp with sweat from the long day. The other rested at the base of the tea area where many a pleasant conversation took place. Laughter filled the air as Ben told a joke, much to Marianne’s delight.

Next were the benches, dark iron attached to bold wooden seats, two on either side of the fountain. How the fountain would glisten in the afternoon light before moonlight crept in. It was quiet, peaceful, and empty save for two lovely souls dancing beneath the stars in only their silk nightwear. But they didn’t care.

Finally, the weeping willow was all that was left. Ben wanted to weep too, but he had to finish this. The trunk leaned toward the fountain, yet never did it touch, branches reaching toward the sky. The leaves hung like soft green curtains, enveloping the area enough for privacy without needing to hide the rest of the garden nor the chateau that it resided in.

Marianne would remove her gloves, guiding her hand through the streams in tandem with the wind. Gentle hums carried a lingering tune as she twirled amongst leaves and rose petals, even in the winter snow Marianne would dance like no one was there. But spring held a powerful magic on this tree. On the lowest branch, over a patch of green by the statue, was a swing aloft with rope and white ribbons.

Marianne, barefoot while adorned in pastel dresses and matching sunhats would soar on this swing. Higher and higher, childlike laughter pealing with each timed kick, hair sailing like a ship out the harbor. A blissful time filled with warmth and sweet fragrant roses.

All had faded once pungent paint brought Ben back to his senses. Paintbrush halfway done with the swing, he added the finishing touches and took a step back. Beautiful. Ben wiped remnants of paint off his cheek, damp with sweat and stained by grief. How long had he stood there painting, unaware of the tears marring his face until now?

It was this place, this accursed land that no longer had a purpose, scarred by years of sorrow and neglect. Browns and grays, broken tiles, standing water, and decaying rust were all that remained of his old home. No amount of paint could ever bring those joyous colors back, yet he still tried. On this day for the past forty years, Ben painted.

He painted until the day was done, then stowed it away amongst his growing collection in a secret room behind a bookshelf in the study. The same room that was once his art studio. The same room that had a single empty frame hanging on the wall. The same room that he and Marianne had fought over— where he had found her, cold and lifeless, in a pool of blood that mingled with the semi dried oil paints staining the wooden floor.

In all of that time, Ben blamed himself. If he hadn’t been so caught up in his work, if they had only talked it out, then she would still be here. Out in garden, laughing and smiling the way she always did.

But she was gone. There was nothing left of that time any more. Only the memories remained. No matter how many times Ben finished the painting he could never bring himself to hang it on the wall.

So, the frame remained empty.

Delancy Gunther is an upcoming writer who aspires to become an author through hard work and perseverance. Her favorite genres include, but are not limited to, fantasy, romance, and drama.