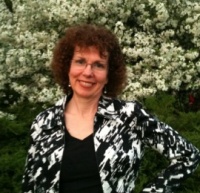 It started out as an ordinary Saturday. I was making breakfast for Jeff and myself when the phone rang. My son-in-law Matt had slipped on the icy front steps of their home and my daughter Jocelyn needed to take him to the hospital. Benjamin, her eight year old, was waiting in the driveway for someone to take him to hockey practice. Could Jeff do it? I didn’t even ask. My husband, a self-employed architect, was looking over some blueprints while he sipped his coffee. There was a couple due to arrive soon to discuss their home renovations.

I was dressed in jeans and a flannel shirt, planning to clean closets. I glanced in the hallway mirror, noting that my hair was due for a color. White was showing along the edges of my hairline.
“I’ll take him,” I told her. “Do I have to go in with him?”

Jocelyn said that either I went in and watched his practice or I could wait in my car. I looked out at the thermometer just outside the kitchen window.  22 degrees. I would be going in. I explained the situation to Jeff and filled a travel mug with hot coffee. I grabbed a banana for breakfast on the run, my down jacket, mittens and car keys and headed out for the drive across town.

Benjamin got in the back seat with his bag and hockey stick. “Where’s Grandpa?”

“He has clients coming over. I’m your driver this morning. You’ll have to show me where to park and everything.”

Ben was our youngest grandchild, a serious, bright little guy with brown eyes and a head full of curly hair like his dad. He was quieter than usual as he looked out on the cold, sunny day.

“Mom said he shoulda gone out through the garage like I did but he came down the front steps instead and kinda flew. I heard something go ‘crack’ when he landed. He yelled for Mom and then he started swearing and holding his ankle. Does that mean he broke it?”

“Could be. Poor guy. Your mom will text me as soon as they know anything.”

He instructed me as to where to park and led the way into the arena. He stopped and pointed up at a section of the stands. “Parents sit up there. You can meet me right here after practice.”

“Sure thing, honey. Have fun.”

He turned with a serious nod of his head and hurried down a concrete corridor, possibly in fear that I would kiss him goodbye. I watched him disappear around a corner and, clutching my coffee, climbed up and found a seat away from the other parents, none of whom I knew. The boys were slow to come out on the ice and I was suddenly wishing I’d brought something to read. I pulled out my phone to text Jocelyn but changed my mind. No need to bother her. She’d let me know when she had news.

A man—a young grandfather or older dad—took a seat in the row in front of me a few seats over. I studied his profile. He looked vaguely familiar. Where did I know him from? His name tickled at my brain but I couldn’t bring it to mind. It must have been a long time ago.

The boys skated out onto the ice and I smiled as I spotted Ben. For a little guy he seemed sure of himself, completely at ease on skates. His dad was a hockey lover and had played as a kid. Ben had been on the ice since he was three. I waved at him but he didn’t acknowledge me. All business, my Ben. Good for him.

The man in front of me turned and caught my eye. “Grandson?” he asked.

“He skates well,” he observed.  “My grandson is number 15. He’s nine. Does your grandson live with you?”

I explained that I was pinch-hitting today for his dad, who’d probably broken his ankle earlier. “I’ve never brought him before.”

“That’s why I’ve never seen you here. I come every week. Jack lives with me.”

“I see,” I responded, although I didn’t really. That sort of information led to all kinds of questions—did the child have living parents? Did some terrible tragedy befall them? Or was it a big, extended family situation?

He turned in his seat and looked directly at me. “I love raising him, but I never imagined I’d be starting all over with a kid at my age.”

I wondered how old he was. Early fifties maybe. Suddenly I knew who he was. I shrank deeper into my puffy coat, remembering how I’d treated him almost thirty years ago.

He reached toward me, hand outstretched. “I’m Mike, by the way.”

I shook his hand. “Suzanne,” I said. I waited for him to recognize me, but he had already turned back to watch the action on the ice. I felt relieved, then irritated. Did I really look that different? Had I aged that much? If only I’d had my hair appointment last week instead of next.

Mike was twenty-two when he came to my studio for voice lessons. I was thirty-two. We were attracted to each other but I did my best not to show it, wanting to maintain our professional teacher/student relationship. He played hockey in a league. Hockey was his first passion, singing his second. Did I wish I was one of his passions? Secretly, I probably did, but never let on. Cool and distant. That was me in those days.

One day I mentioned that I hadn’t skated in about twenty years and he insisted on teaching me. He took me to an open skate night at his ice rink. I was petrified that I’d fall on my duff and embarrass myself, but he tucked my arm firmly under his and told me, “I won’t let you fall.”

He was true to his word and as the evening went on I gained confidence and finally agreed to his letting go for a moment. I didn’t fall, and I found out that I loved skating. Unfortunately my “aha” moment didn’t translate to our relationship. I was so hung up on our age difference. What an idiot I was. I couldn’t fall for a guy ten years younger than me! So I made excuses and squirmed away from him until he stopped coming for lessons. I shook my head at the memory of myself as the prissy schoolmarm I was back then. I chewed on a thumbnail, staring blankly at the ice.

“You know, I used to know a Suzanne. She was a singer. Beautiful girl. She gave me singing lessons. I can’t remember why I stopped taking them. Probably too busy. I was young then and had a lot of irons in the fire.”

I smiled. Should I? I reached over and touched his shoulder.

“I knew her, too. You took her skating once and you told her you wouldn’t let her fall, and you didn’t,” I said.

His eyes flashed with recognition and a slow smile spread on his face. “Of course. I’m sorry I didn’t recognize you.”

“It was almost thirty years ago, Mike. I don’t know if I ever thanked you properly for that night. I’ve loved to skate ever since. I haven’t done it that often, but I’ve always thought of you whenever I have.”

“Why don’t you come sit up here with me?” he suggested.

I obliged, remembering that stubborn, silly young woman I once was. I’d let us both down all those years ago but I wouldn’t do it again. Our lives were somehow linked—ice hockey, skating, grandsons, memories. Friendships have been built on less.

“Only in the shower. But I still skate. How ‘bout you?”

“I still sing but I haven’t skated in a few years.”

We sat quietly, lost in our memories I suppose, as we watched our grandsons fly across the ice with ease and grace, perfect in their innocent youth.

Mary Anne Slack is a retired elementary music teacher and writer from central Massachusetts. An avid reader and library trustee, she works at writing fiction with the support of the Quaboag Writer’s Collaborative.