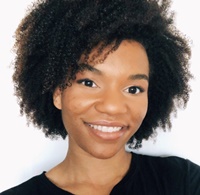 The cold metal table pressed into my back, and the cork, water-stained, ceiling loomed over me. A lightbulb dangled from a tarnished-brown chain. The dim light misted through the room, emitting a faint, grey, glow. An old clock hung on one of the spackled walls and filled the room with its monotonous clicks.

Footsteps dragged and slapped, growing louder with each footfall. The steps and the clock echoed each other like a mechanical heartbeat until the feet came to a halt.

The doorknob rattled. The rusted door hinges shrieked open. The walls were doused in a honeyed light, but I was consumed by the tall man’s shadow. He strode into the room. The door slammed shut behind him. He crossed to the table and light illuminated his face.

Doctor. How nice to see you again.

Thick glasses rested on the tip of his nose. He placed a large object on the floor. There was a faint click as he opened it. He stood, reached into a box on the table, and pulled out two latex gloves. He blew into them and pulled them over his hands. The doctor slid me an inch outside of my plastic casing. His fingers blotted against me. The doctor surveyed his fingertips for color residue.

“Today is our lucky day, Galilee,” the doctor said.

He closed my covering and carried me to the side of the table, where a black briefcase sat open on the concrete floor. He placed me inside, slapped the top closed, and locked the

I was in complete darkness.

The doctor picked up the briefcase. It swayed from side to side as he walked. The door squealed and clapped shut. As the briefcase swung, I slid around its dark interior. The doctor stopped walking, turned the case flat on its side, and carried it with both hands. He cleared his throat. “Sorry to keep you waiting.” His briefcase dropped with a thud.

“You treat all your prized possessions that way?”

“This is exactly your taste, Goose,” The doctor said.

Goose. That’s a new one.

“What have you got for me?” Goose said.

“Take a look,” the doctor said.

The snaps unlocked, the lid opened, and golden light wafted over me. A pair of large tan hands plucked me out and held me in front of a smooth face.

“The Sea of Galilee,” the man said.

So, this is Goose.

Goose’s dark blue eyes dilated. They shifted up and down my body. He lifted me to the light and traced me with his eyes from corner to corner, edge to edge. He squinted, brought me closer to his face, and grazed over me with a gloved finger.

“Rembrandt is a genius,” Goose said.

Goose lowered me from his gaze and placed me on the wooden tabletop next to the briefcase. “Twenty million.”

“No,” the doctor said. He crossed his arms and leaned against the table.

Goose ran a hand through his silver hair. A scowl stretched across his chapped lips.

“I’m the one selling,” the doctor said.

“And I’m the one who’s buying,” Goose said. He quirked his brow. Both hands slid into the pockets of his tailored slacks.

“All you had to say is that you’re not interested, Goose,” the doctor said. He picked me up from the table.

“Fine,” Goose said. He pulled out a cell phone, “I can have thirty million wired to your bank account right now. Just say yes.”

The doctor secured me in the briefcase, the golden light faded, and I was trapped inside with a clap of the lid.

“I’m sorry your offer’s too low,” the doctor said.

It always will be.

“Very few of us are willing to pay for tainted goods,” Goose said.

The doctor snatched the briefcase.

“I’ll be here when you change your mind,” Goose said.

The doctor’s footsteps quickened. The case shuddered as he moved. With each footstep, I bumped around in the padded lining of the case.

A doorknob jiggled. Old door hinges screamed. The doctor set the briefcase down, opened it, and grabbed me in a firm grip.  “You’re worth way more, Galilee.” the doctor said. His hands shook as he placed me back on the metal table facing the ceiling. The dim lightbulb swung in small circles over me. “Way more.”

The lightbulb flickered. The doctor pulled his glasses off. He sighed, dragged his hand down his face, and rested his dark frames back on the edge of his nose. The doctor grabbed the briefcase, walked out of the room, and the door slammed shut. His footsteps retreated until I was left with the regimented clicking of the clock.

Will I ever be free?

The lightbulb buzzed and switched from white to orange. With each flash, the faces of my admirers appeared like phantoms until the lightbulb burst.

Karole Bennett works with other artists to share stories that tell the truth about humanity. She believes storytelling is about connecting with people on an emotional level and awakening feelings that call people to action, give them hope, and stimulate their minds. Karole writes pieces that reveal the intimate truths people experience in life. At the Los Angeles City College Theatre Academy, Karole wrote and performed a play called Just Breathe. The story was about a girl who lost her father before she could mend their estranged relationship. In this piece, Karole shines a light on what it feels like to take family and time for granted. Audience members who saw the play told Karole that they contacted their loved ones after the show. When Karole realized that her story resonated with others and changed their perspective, she vowed to always connect to the people’s hearts through her writing. Karole Bennett is a trained actress who received her certification in acting from the Los Angeles City College Theatre Academy. She uses her training to write through the unique emotional and psychological lens of her characters. Karole is pursuing a bachelor’s degree in creative writing for entertainment from Full Sail University.