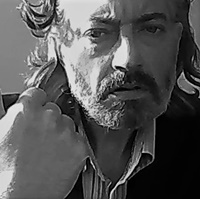 I have not journeyed here to steal anything
from your domain,
least of all, your modest nest,

which, I am at pains to point out
is far beyond the skill of any human hand
to build or replicate.

Still, you eye me with an air of suspicion,
as if I might betray
you with my superior memory –

take what can never be mine,
even with all my 21st century tools.
When you, dear bird have only spittle and beak

to achieve the requisite design,
which you must live
and die in without any thought of love or betrayal.

So, Diogenes in his barrel, asks Alexander to vanish
from sight, as if he too might live out
his days as a bird on the wing, free to roam the sky –

And purge his Spartan world of all human convention.

Thought Crime or Contrary to…

When the obsessive refuses
mother’s milk,
the intelligent lunatic will defer
to the greater good

We have witnessed
the dead and dying dance the mambo.
And we have become wise to the ducking
and diving on the dance floor. How she hopes
to dazzle and lead the throng astray
with her coquettish games, and utterances.

No fire in those eyes for any man, yet no one
dare dismiss her, or delve deep enough
to see beyond the false finger-nails,
hair extensions, obvious mockery, and twirling
hem lines – that cause some men to blush
and pause, at the thresh-hold of their own duplicity.

No hiding in the illusions of companionship today,
or its deft solitude, as you grab another
bottle – looking for a way out – an alternative
to the stasis of lies that accommodate the greed
of our lady of the bounced cheque –
her rendezvous with shame, and perpetual amnesia.

We suffer more from imagination than from reality. –
Seneca

leave us all none the wiser and friendless

Last Stand of the Lafargues

If one cannot work for the Party any longer, one must be
able to look truth in the face and die like the Lafargues. –
Vladimir Ilyich Lenin

With the last of the General’s legacy
exhausted – the Lafargues

will never know
the full triumph of the cause,

to which they entrusted their lives.
And though we cannot stare

down the abyss with them –
We mourn with the working poor

of Paris and Europe, and take our leave
as they left us, defying bourgeois

and landlord, police spy and censor.
Hard to know just what

their last stand evokes,
but as deeply weighted with violence

and cruelty as this life is –
the Lafargue’s cyanide exit, inflames us all.

Let these be our final words…
Long live the Lafargue’s singleness of purpose.

Now, Laura and Paul will retreat no more.

Mark A. Murphy is editor of online journal, POETiCA REViEW, and author of six full-length collections, including The Ontological Constant, published January 2020, in a bi-lingual German/English edition by Moloko Print in Germany.