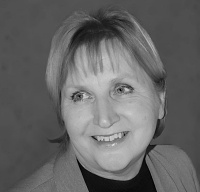 Why was he looking at me? I was trying to make myself invisible. I know I looked awful – a complete mess. Was that why he was looking at me? Did my slovenly appearance attract attention instead of deflect?

I stepped back farther into the doorway. I could feel the doorknob press against the flab that had developed around my waist.

He moved. He was walking towards me.

I could feel the panic setting in. Nowhere to run.

“Hi.” He said this one little word.

I didn’t respond. I couldn’t.

The panic continued to surge. I could feel the blood stream through my arteries.

I had seen pictures of animals trapped in corners. I was suddenly one of them.

Isn’t that something you would say to a trapped animal? His voice was soft and liquid. It made me think of caramel.

I wanted to laugh. I almost did.

Instead, I shook my head to the negative.

Of course, I’m hungry, I thought. Two days on the street, with only a few dollars in my wallet left me hungry.

“I know where there’s a shelter. It’s just a couple of blocks away,” he said.

Go away! Leave me alone! my brain screamed. But the words didn’t come out. I continued to shake my head.

I gathered what little courage I had left and pushed past him and ran. I didn’t know where I was running to, but it didn’t matter. I did what I had been doing the last two days – running.

Whatever happens with me in this life, whatever this fog laden future holds, I’ll never forget the face, especially the eyes.

He begged me to give him the pills. The leathery, disease ravaged face of my father, with tears that formed rivulets down his cheeks will stay with me forever. The few strands of grey-no white- hair peaked out in all directions from the bottom of the knit cap that he wouldn’t remove, in spite of my gripes that it needed to be washed.

A man so cancer ridden that it consumed not only him but me as well.

He had a stash of pills that he began to accumulate once he heard the diagnosis. He said he would go on his own terms. “I’ll do it my way,” he would sing, distorting the words of the Frank Sinatra song.

But life has a way of throwing a wrench into even the best laid plans. Weakened by the chemo, he fell and broke his right arm, rendering him even more helpless. The pain medications completed the picture. But his voice was as strong as ever.

Before my memory fades, I ask myself – How did I get here?

Mommy died when I was eleven. Hit in the head by a huge icicle that fell off a downtown building. Such a strange way to go. I laughed when they told me. I thought it was a joke.

Daddy took it badly. My older brother, Ben, took it worse. He was six years older than me. We were never close. Now he was angry and suddenly he was gone. Left on his eighteenth birthday. Left me behind.

We seemed to suddenly be surrounded by family members. Mostly women, my grandmother, different aunts and cousins, all fussing over me and my father, mostly me. There was no shortage of food as all these ladies wanted to teach me how to cook. I was a quick learner.

I went to school and had girlfriends. In high school I even had a couple of boyfriends. There was no money for college. Even if there was my father saw no reason for me to go. Go work at the department store, he told me. So, I did.

But then things began to change.

One day it was just my father and me in our rented house, the only house I ever knew.  My brother sent us postcards over the years from different parts of the country. A few times, he even came home and stayed for a while. But then he left again.

Daddy had his drinking buddies and for a short time, even a girlfriend. But they, like everyone else faded away.

I had my job at the department store. But I knew my main job was taking care of Daddy, and the house. I put everything I learned from the ladies into good use. I made a lot of good meals and baked a lot of bread and pastries. The house was always immaculate. I would tell myself that Mommy would be proud.

Daddy was sick a lot. He said it was because of his factory job. It was rough on the body. I did what I could. He told me I should go part time at the department store. He needed me to take him to doctor appointments. I didn’t want to go part-time. I liked my job. I was now a department manager. But I did.

I was with him when he found out that he had lung cancer. He blamed the factory. I never mentioned that he smoked since he was fourteen.

Once the cancer diagnosis was in, he had to quit working. Fortunately, he had good insurance through his union. He did get sick pay for a while. But that eventually dried up. I had to go back to working full time.

I was so worn out.

My sleep was often denied by his painful groans, his bodily functions, his other demands.

I tried hard to keep up with my job, the housework and the cooking and the doctor appointments and everything else.

When he first asked me to give him the pills, I said no. I couldn’t do it. He was my father and besides, it was illegal. I could go to jail, I told him.

He ordered me. I said no. Then he begged me. I said nothing. I gathered up the pills in my shaking hands. He wanted a whiskey chaser and Frank Sinatra on the stereo. I did what he told me to do.

When he took his last breath, I realized what I had done. I was too horrified to grieve. I grabbed my purse and crammed a few things in a bag. I called nine-one-one and ran. I had the foresight to keep the front door wide open for them and the neighbors. I knew the police would be looking for me when they saw what happened. What else could I do?

I’m on the street now. I’m walking to the shelter. Nothing looks the same. Nothing sounds the same. I’m so afraid. I’m so tired. I could feel my mind fading away.

Sandra Colbert was born and raised in Chicago, where many of her stories take place. She is currently a board member of the Chicago Writers Association and a member of the Society of Midland Authors. She has written three collections of short stories, Chicago Bound, Chicago Bound Two and Reflections & Echoes, as well as a three book crime series – The Reason, Damaged Souls and Extradition. Sandra currently lives in Rockford, Illinois with her husband and pets.