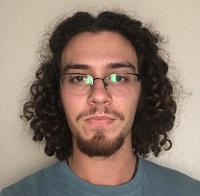 After Joey had been shot, time seemed to move quicker. It was an especially humid night in Long Beach. I was sitting in the parking lot of the laundromat on Park Ave. I flipped my hoodie over my head, got out of the car slowly and double checked to make sure there were no eyes on me. I couldn’t tell if it was gunshots I heard in the distance, or just the ticking watch on my wrist. Whatever the noise, it made me move quicker, looking over my shoulder with each step. In one hand I was holding my hamper full of dirty clothes and kept my other hand on the gun that was strapped to my waist. I made it into the laundromat safely, and immediately received a greeting from a familiar face.

I let out a sigh of relief. “Watch your mouth, kid,” I said. There was a single light flickering over his head.

Luis laughed. “What do you mean? I got it from you, boss.”

“Yeah, well, if your mom traces that back to me I’m a dead man, you know that.”

As I was loading my clothes in the machine, a black SUV caught my eye while strolling down the street. I couldn’t help but do a double take.

“Yeah, kid?” I asked, still staring out the window.

“I’m sorry about Joey. It’s messed up what happened to him.”

Hearing his name made time stop. “Yeah man, it’s fucked up.” His last words are what haunted me the most.

“Everybody loved him,” said Luis.

I nodded my head and stared at my reflection in the washing machine, making note of the clothes inside that spun in a circle, accelerating every second. Out of the corner of my eye I saw a black SUV driving in the opposite direction of the first one. Maybe it was dark green. I approached the front door slowly and looked up and down the street. There was a man wearing all black standing on the corner next to the convenience store. He seemed harmless as he puffed on a cigarette and sipped from a flask.

“Yeah. Yeah, I’m good,” I said as I walked back to my machine. The memory of Joey trembling in my arms before taking his last breath clouded my intuition for a moment. It was his last words that haunted me the most.

Luis was just three years younger than Joey. He’d been a family friend for years. I held him in my arms when he was just an infant. I made sure he never followed in my footsteps, though he always begged to tag along when it came to business and constantly asked about the latest beef in the streets. He never knew his father, and I think I filled that role in his mind. I’d been in the business since I was sixteen, and I’d thought about getting out for years. Now that Joey had passed, this was my last chance before inevitably facing the same fate, or worse, someone else close to me facing that fate instead. I had reached a dead end in the streets. The light flickering over Luis’ head went out. Suddenly a terrible feeling overwhelmed me.

“I need you to grab your clothes and go home.”

“I can’t, man, my mom has been giving me hell about the laundry all day. She’ll kill me if I come home without clean clothes.”

I saw a black SUV drive down the street for the third time. I paused and held my breath as it seemed to drive by in slow motion. “Alright, Luis, I’m not asking, I’m telling you to go home, right now.”

“Do you want to end up like Joey? This is not a game, kid. They’re coming for me.”

Luis saw the look in my eye. Without another word he grabbed his clothes out of the dryer and walked out of the laundromat.

I let out another sigh of relief and walked back to the door to make sure Luis was gone. I saw the man across the street, this time he was staring directly at me. I stared back for a few seconds. He put his hoodie on and started walking away.I walked back to the machine, stopped the spin cycle, and started putting my wet clothes back in my hamper. The chime on the front door rang and I pulled my gun from my waist without hesitation.

I lowered my gun with a shaky hand. “What did I tell you? Go home,” I said

“You can’t be here right now.”

Luis walked over to the machine he used and picked his keys up off the ground. As he was walking out, he turned back around. “Who’s coming after you? The same guys that got Joey?”

As Luis was talking, I saw the black SUV rolling down the street again. This time it stopped right in front of the laundromat.

“Luis, get down!” I yelled and dropped to the floor. The deafening gunshots shattered the glass doors and ricocheted off the washing machines. When I got up to check on Luis, he was already gone. My body went into shock. He looked like a newborn baby all over again. When the cops came, all they saw was me holding Luis in my arms, but I was the one with a gun.

Jack Cimino was raised on the outskirts of Hilton Head Island, South Carolina. In his spare time, he loves going to the beach and listening to music. Follow him on Twitter @JackCimino0913.