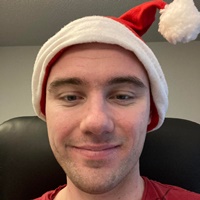 A young man named David woke up in his seat.  Looking around, he saw he was still in the plane, not seeing any survivors.  He cut himself loose from the chair, before getting on his feet.  Looking out the window, he saw the plane crash in a snowy mountain.

David was more than worried; he was a little scared.  He had never been in this situation before, nor was he expected it.  The scariest part was that he didn’t know if he was going to survive.

David turned to see the mean stranger he met on the plane earlier.  The other man’s name was Oda, who glared at David.  They got in a huge fight about an hour ago and were least expecting each other.  Of all the people who could have survived, it was David and Oda, this just got worse for both.

Before David got on the plane, he bumped into Oda.  He was about to apologize, only to see they were Oda.  He was the man who ruined his project back in middle school.

“You!” David said, growling at him.

Oda remembered back in middle school, David mocked his family because of a different opinion.  He got back at him by messing up a project he worked hours on, costing David his grades.

“Because of you I had to take another year of middle school!” David snapped.

“That’s what you get for making fun of my family!” Oda replied.

“You dumb monkey!” Oda said back at him.

Thankfully a security guard stop them from couniting and had them sit away from each other.

David signed loudly before saying, “Looks like we’re going to have to work together.”

“Why the hell should I work with you!” Oda snapped.  “You hate me anyway!”

“We don’t have a choice!” David answered.  “It’s just the two of us in this freezing cold mountain!  If we want to survive, we have to work together!”

“Give me one good reason I should trust you?!” Oda said in a demanding tone.

“It’s freezing, we have no food, no water, no shelter, nor do we have anyone else to help us!” David answered.

Oda hated to admit it, but David was right.  If they were going to make it out alive, they had to work together.

They started by searching for leftover food in the plane.  David reached for a bag of peanuts, only for Oda to snatched it from him.

“Hey!” David said with a snap.

Oda was able to collect a ton of food placing, it all in his backpack.  He turned to see David struggling to find food.  Oda didn’t want to help him but realized it wouldn’t make him any better.  Swallowing his pride, Oda gave David some of the food he found.

After getting out of the plane, a piece of metal fell on Oda.  Oda lends up, seeing the metal from the wing was on his legs.  He screamed in pain, trying to push the piece off.  David saw he was in peril and didn’t want to help.  However, David also knew they needed each other, and he would be worse by leaving Oda there.  Going over, he helped push the piece of metal off Oda.  It was heavy, both their combined strength got it off him.

“You know, you aren’t so bad once I get to you know,” Oda said while smiling.

“Hey, I was just about to say that,” David replied.

The two young men then went to find better shelter in the freezing cold area.

Thomas “Cush” Daniel lives in the USA.  He spends most of his time writing stories and editing videos.  Check out his YouTube channel at Cush On YouTube