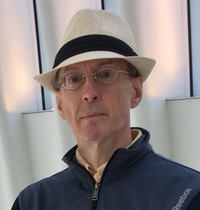 Cheating on an exam is more of a strike against self-respect than failing it by honest effort. Most college or university students who cheat resent cheating, as if someone or something pressured them into it. That’s because cheating is typically the fallback of students who lack confidence in their ability to reach their academic goals. Their tenuous sense of self-worth stems from years of painful comparisons with luckier, more gifted peers. They may even despise themselves for cheating.

But cheaters won’t oblige their teachers by admitting the root of the problem. They’re far more likely to provide cringe-worthy excuses they themselves only half believe. One of the most desperate I ever heard was the defence of inadvertent cheating by a student I caught red-handed during an exam. Apparently, cheating can occur without anyone intending it to happen — like a flood or wildfire. Another undaunted student argued he wasn’t guilty because I stopped him before he could finish copying an answer from his pal’s exam. The mere attempt to cheat had to be distinguished from cheating as an accomplished fact.

While invigilating a final college exam more recently, I had a direct view across the classroom of a student reaching for her smartphone concealed under the backpack on her desk. Her smartphone was supposed to be turned off and zipped up somewhere out of reach. Unaware that my eagle eyes had spotted her, she started texting.

I knew who her accomplice was. Before the exam started, I had separated her from her friend just as I had done during an earlier test when I intercepted them whispering answers to one another. I shifted my gaze across the room to where her partner, smartphone in her lap, was receiving the forbidden message.

If cheating on exams were a criminal offence instead of a common violation of academic integrity, proving beyond a reasonable doubt — as required in a criminal case — that these two students intended to commit the crime would be a slam-dunk. What I saw spoke loud and clear: they’d concocted a plan to cheat.

The college students who sign up for my courses in procedural law — part of a compliance program — know what the academic rules demand of them. Included in their introductory package of information is a list of examples of plagiarism and cheating. In spite of the clearly defined obligation to play by the college’s rules in order to benefit from what it offers, cheaters plan ahead to break their tacit promise to play fair. A surprisingly large cohort roll the dice in the cheating game. They figure chances are good they won’t get caught.

Cheating in any classroom is disheartening. It’s clearly antithetical to a compliance program where students learn about health, safety, and environmental laws and regulations. Legal duties and prohibitions form the core of the program, so students’ compliance with academic ground rules would seem to be a given. Students ambitious to pursue a career in environmental protection or worker health and safety have to believe that laws can and should be obeyed. A knack for academic cheating isn’t a promising start.

A discouraging number of students in my procedural law courses have cheated on tests and exams. I would reject, however, the offer of a foolproof surveillance system, if one were offered, to quash cheating once and for all. (Drones now hover over some exam halls to detect smartphone signals.) Students must remain free to follow — or not — the academic rules, a choice that would be stripped away if cheating became impossible. Denying students moral liberty is no solution.

Like most instructors, I talk to my students about academic integrity. I allow them to use textbooks and notes during exams to reduce their stress. While standing by to offer guidance, I give them time during class to prepare for exams and work on assignments. These measures won’t eradicate cheating, of course. My hope is that they provide the self-doubters most likely to cheat with some reassurance.

What won’t work is moralizing from the lectern. Our classrooms of higher learning are filled with students of differing and unequal capabilities, making it all but impossible to design a course that works for everyone. In my experience, students who resort to cheating aren’t the ones confident enough to pass an exam in spite of the answers that elude them. The rule breakers are typically those of lesser abilities and skills, haunted by past failures and plagued by self-doubt. Research studies tends to confirm this.

The two students I caught cheating via their smartphones each came to see me alone after the exam. I started their interviews with a bland request: Tell me what happened. They talked about lack of time, their warehouse jobs, stress — everything except their sense of inadequacy, of lacking the qualities for success. Long before I entered their lives, failure had been one of their most unforgiving teachers.

We came to the conclusion together that they had both panicked. Panic as the ostensible reason for cheating has at least the advantage of seeming manageable. Upset and frightened, they both apologized and said it wouldn’t happen again. I had no choice but to treat their pledges as if they were completely voluntary. “I believe you,” I said to both of them. We talked about planning for the next exam. I found reasons to praise their efforts in class and on assignments.

The cruel irony of cheating is that it can’t prevent the hit to self-worth that comes from a poor or failing grade. Cheaters cling desperately to one hope only: to scrape by without getting caught. They want to be invisible.

My students’ gamble on remaining incognito had failed. At the moment I confiscated their smartphones, their classmates knew what had happened. They knew that these two had tried to take unfair advantage.

But a cheater’s self-worth can’t escape unscathed even if the cheating isn’t discovered.

Educators face one of the most delicate of all challenges when dealing with vulnerable students caught cheating. At the same time, we must continue to hold our students to the highest academic standards. I’ll keep watching closely for cheating during exams.

Afterwards, dear cheater, you can tell me what happened.

Ben D’Andrea is a North Vancouver, Canada, writer who has taught English literature, a variety of writing courses, and procedural law in British Columbia colleges and universities. He the author of Rhymes Biggle and Wee, a book of limericks for children.  His published works include: What Are Novels Good For? (The Montreal Review), Pulling the Plug on Dream Interpretation (The Montreal Review), and The Value of Studying Philosophy (Humanist Perspectives)