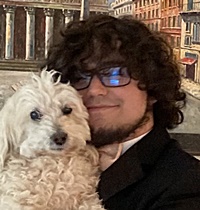 The smell of a strong cup of jo lingers in the air, permeating my nostrils and filling the room like a noxious gas; a reminder of the mornings I’d wake up to breakfast in bed thanks to my boys Sparrow and Henry. I’m bound to cold steel, after hours of being in this damn chair, I haven’t gotten it to budge. A shimmer of light emerges from the right side of the room, narrowly seeping under the doorway. In one large, sweeping motion, the door bursts open to show two brilliant bright lights pointed directly at me.

Wow I can’t believe they fit a Honda Odyssey in the Hoover Building.

In my blind haze I can make out the silhouette of a woman. Tall, toned, and short haired. After adjusting to the blinding lights I can see her features; a jet black pixie cut, a sleeve of Samoan tribal tattoos down her left arm, a piercing and disapproving gaze that reminds me of my mothers. In her hands is a bowl of thick, viscous, soup that seems to have been made over the course of the day; a sight that reminds me of a home cooked meal from my mother back when I was a child.

“Your food, Mr. Sigurd,” she said as she stepped forward, dauntless in her approach. She exudes a bizarre, earthy stench, seemingly a mix of pomegranate and durian.

“Thank you, how did you know I liked soup?” I asked.

“Ah, good soup!” I said as a wry smile slithered into formation on my face. There’s nothing like an old meme from the past to break the ice in an interrogation room.

The woman turned on the lights and sat down, emptying the file in her hands. A strong grip clenches onto my shoulders, weighing down on me like I’m their horse and he’s my jockey.

“Putin, Trump, Stalin, Mussolini, Hitler. Each one of these photos are pictures of you with these men. There are paintings of Mao Zedong, Ghengis Khan, Vlad the Impaler, hell even Hammurabi with a man who looks identical to you. How can you explain that?”

“All white men look the same,” I said. There’s no response, but soon enough a fist strikes my cheek.

“Let me rephrase this Mr. Sigurd, do you know who these men are?” she asked

“Very funny,” she said, seemingly growing more frustrated by the look of insatiable fury in her eyes. “How have you met all of these men? You would have to have been alive for thousands of years.”

“I’m sorry lady I can’t help you, I’ve only ever met Trump and that was because he caught me taking a dump in one of the holes on his golf course in Scotland.”

“I’m sorry too,” she said, as one cohort stabbed me through the hand and the other grabbed me by my hair and held a cloth over my mouth. The woman stood up only to disappear from my view as I vehemently struggled against those attempting to subdue me. The woman returns with a case of water and proceeds to lift it above my head. “Ready to talk now?”

Furious, shaking, I can’t control myself. I began to vibrate with rage; I grew and stretched until my restraints popped, only to continue to morph into a monster. The fear on the faces of the agents around me brings me immense joy, this is my favorite part. As my black nails grew into massive claws, my tongue forked sharply in the middle and brown scales replaced my skin. Towering over the entire room, with biceps as big as the next biggest man in here. I knew I needed to escape. I lunged forward and, with full force, broke through the wall and began to descend. Being held on the third floor has its perks, one of them being there’s a cushy car pillow to land on underneath. On all floors, I bound across the city, sprinting through the streets and pouncing over obstacles. I return to my home only to find it ablaze, burned beyond recognition.

Alex Brabston is an aspiring creative writing major looking to break into the realms of sci-fi and comedy.