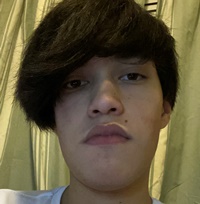 In a large room stood an extravagant man. Behind and in front of him was the entrance to a hallway. Surrounding the man was a group of people who are armed with spears, bows, and books. The group of people raised their weapons as a vicious growl echoes from the hallway in front of them. The growling gets closer and closer until a figure steps out from the hallway. The figure would pass for a human if it wasn’t for the scales on its skin, the horns on its head, the wings on its back, and the tail.

The extravagant man looks at the figure with a loathsome look as he speaks “This is as far as you go Drake the king of monsters.”

“Hell no, I’m not letting a disgusting freak like you anywhere near my daughter!” yelled Augustus.

“Please move, I just want to see Eve. I don’t want to hurt anybody.”

“Then what happened to all the guards I sent to stop you!”

“I didn’t kill them. I knock them unconscious, they’re fine.”

The group of wizards stood in front of the other guards and cast fireball on Drake. The room and its occupants are filled with a burning sensation from the heat of the fireballs that hit Drake.

“This is what happens when you don’t obey me you freak of nature!” yelled Augustus as a smile formed on his face. However, that smile vanishes when the fire is dispersed by a single flap of Drake’s wings.

“Why must you do this Augustus? If word gets out of this then war might break out between our nations. I just want peace,” said Drake.

“I don’t care if that happens, if war means I can finally get rid of abominations like you, then I welcome it!” Augustus yelled.

“War will help no one. I love Eve and if our marriage can help bring peace then it is important that I see her. Why won’t you help us instead of opposing us?”

“Never, I rather die than help the likes of you freaks. Tell me this monster king, who do you love more your people or Eve? Are you willing to risk war for something as small as love?”

A conflicted look comes on Drake’s face. It looks like he’s going to panic for a second, but a familiar scent of strawberries reassures him.

Augustus turns around to see Eve behind him in the hallway.

“Eve, how are you here? I locked your room door,” Augustus said.

“But Eve list—” Augustus was cut off by Eve who slapped him in the face.

“So, what if they look different from us, monsters are just like us,” Eve said as she made her way to Drake. She looked at him for a couple of seconds before embracing him in a hug.

Before the guards could get any closer, Drake began to grow. The ceiling crumble and dust filled the room. Once the dust had settled, the sunlight made the red scales of Drake’s dragon form shine like rubies. The sight made the guards run in fear, leaving their king alone. Eve got on Drake’s back and looked down at her father.

“This is goodbye father. Hopefully, the next time we meet, you have a change of mind,” said Eve as Drake flew into the distance.

Juan Sanchez is an emerging writer. He’s new to publishing and lives in Florida. Twitter is @JuanS882.