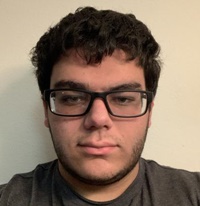 The Thompson gang gathered upon a hill overlooking the desert valley beneath them. Monroe, the hardened leader of the gang, was polishing his revolver and reviewing his plans for their big score. He looked around the camp as his crew geared up. Burke, Monroe’s timid acquaintance stood by his tent, sharpening his knife. Jonah, Monroe’s best friend, was out by the horses, drowning his sorrows in whiskey. Nixon, Rory, and Mac, valuable gunners, and longtime companions of Monroe, sat on the ground inspecting their weapons. Then there was Cyrus, a new member of the gang that Jonah seemed to know very well. Cyrus was a loose cannon who loved explosives and alcohol like the rest of this sorry bunch. Burke made his way over to Monroe with a concerned look on his face.

“I don’t know if we should go through with this,” Burke said with fear in his voice, “The bank is very well guarded, I don’t think we should hit it.”

Monroe looked at Burke with frustration as he loaded his revolver. “I have been planning this job for two months,” Monroe said angrily, “I have worked out all possible scenarios. It’s sixty minutes to sundown. The law won’t arrive until after we’ve left, and we’ll have the cover of darkness to escape under.”

Burke turned towards the rest of the gang as they finished loading up their rifles and saddlebags. Riddled with anxiety, he reluctantly tied the saddle onto his horse and holstered his guns. Monroe pulled out his journal and reread the notes he took a week prior. He beckoned Jonah over to review the plans before heading out. Jonah strapped his rifle to his back and pulled out a small bottle of whiskey as he walked over to Monroe.

“There are many things that can go wrong here, Jonah,” Monroe said pointing at the specifications, “We need to make sure that no law will arrive before we’re done so I need you to send one of our boys to make a distraction.”

“I can send Cyrus,” Jonah responded with whiskey on his breath, “He’s good with explosives. I say he’s the perfect man for the job.”

Monroe nodded and then shooed Jonah away. He looked at the rest of his crew who had mounted their horses. Monroe mounted his horse and turned towards his posse.

“Gentlemen!” Monroe called out to his gang, “The time has come to pay Uncle Sam a social call. We do this quietly and we’ll be out of here before sundown. Let’s ride!”

The gang took off on their horses, their saddlebags flapping in the wind. Each gang member pulled up their bandana as they neared their destination.

The gang gathered up on the side of building. It was thirty minutes to sundown and the plan was about to unfold. Monroe pushed himself to the front, a revolver in his hand. He turned back towards his crew.

“Cyrus, go on and make that distraction,” Monroe commanded, “Burke, Mac, Rory, you stay out here and keep watch. Keep out of sight and try not to look suspicious. Jonah, Nixon, you’re with me. Let’s go make ourselves some money.”

The gang broke off into groups as Monroe entered the bank. The trio aimed their guns up and Monroe gave a warning shot to obtain everyone’s attention.

“Ladies and gentlemen, this is a robbery,” Monroe said with a calculating tone, “Stay down and do what we say, and you’ll all live to see tomorrow.”

Jonah approached the bank guard and smacked him with the stock of his rifle. Nixon pointed his gun at the civilians within the bank, making sure that they don’t move. Monroe approached the teller and grabbed him by the collar.

With anger and aggression, Monroe shoved the barrel of his revolver up against the teller’s forehead. “Take me to the vault,” he demanded, “unless you want to see what the contents of your skull look like.”

The teller quivered with fear and guided Monroe to the vault door. The door was made of steel, its black exterior shined under the lights within the bank. The vault door was shut tight by a single dial lock in the center.

Monroe shoved the teller and pointed a gun at his head. “Open it!” Monroe shouted as the teller scrambled to his feet.

The teller began to turn the lock as sweat rolled down his face. Jonah and Nixon stood in the bank’s lobby, watching over the townsfolk. Nixon looked out the window searching for any lawmen. The lock on the vault door clicked and the teller pulled the latch. Monroe gave a slight smirk of gratitude before whipping the teller with his revolver. As the teller lay unconscious on the floor, Monroe entered as Nixon followed in behind and passed a stick of dynamite to him. Two safes stood in front of them, each of them also armed with a dial lock. Monroe planted a stick of dynamite on each of them.

“Dammit! Where is Cyrus with that distraction?” Monroe said with frustration, “The law will be here soon!”

Nixon shrugged at Monroe with a confused look on his face. Monroe then heard an explosion a few blocks away from the bank. That was the distraction he was looking for. Monroe lit the fuse on the dynamite and scurried out of the vault. A loud bang went off, and Monroe peered into the smoke-filled hole. He made his way over to the safes and gazed upon the thousands of dollars that lay inside.

Monroe turned towards Nixon, “Nix, get Burke and Mac in here, now,” he commanded.

Nixon nodded and exited the vault. He passed Jonah who still had his sights locked on townsfolk. Burke and Mac entered the vault soon after and loaded up the saddlebags with cash.

As soon as all the money was collected, Monroe ushered his crew out of bank and towards their horses. As soon as they got outside, they saw Cyrus limping towards them. He collapsed to the ground before he could speak, and a pool of blood began to form around him. A group of lawmen emerged shortly after.

“Drop your weapons and get on your knees!” the sheriff shouted.

“This is a goddamn setup!” Rory shouted.

The gang drew their weapons and fired upon the lawmen before rushing over to their horses. Rory and Mac were left behind as bullets rained from every direction. The crew got up on their horses as Monroe looked at his pocket watch. A minute to sundown. The gang took off with the lawmen firing their weapons in the distance. As night fell, the gang gathered after losing their pursuers. Monroe looked around, three gang members short, conflicted, and distraught. They got the money, but at what cost?

Daniel Rothman is an individual from New Jersey. In his spare time, he reads various forms of literature, frequently writes original short stories, and brainstorms new ideas for various forms of media.