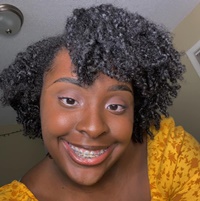 Tyrenisha James is approaching her final year as an undergraduate at the Northwestern State University, where she has taken several semesters of creative writing. She is an active writer on campus, serving as a Reporter at her university’s newspaper, The Current Sauce. In her spare time, she loves to binge-watch old teen dramas, her favorite being Degrassi: The Next Generation.