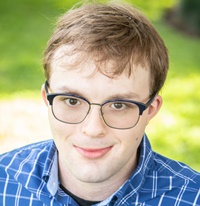 “Get off me!” Steve cried as he strained to clench his ankle.  Yup, definitely human.

“If only you had landed on your big butt, your stupid ankle would be fine,” I retorted. I trembled, filled with fury, aches and pains of my own. I spit black filth. Blood? No, just your basic average jungle muck–not exactly my idea of treasure.

There we were, just minding our own treasure-hunting business in the Amazon, and boom, down we went. It felt like we fell for twenty hours, bumping dirt walls and each other, our equipment smashing. We landed in a spaghetti mess with arms and legs all jangled together. It was not at all a pleasant landing.

Was that minutes ago? Hours? A day or more? Who knows? Night blended into day and day bounced back into night, split only by rain, heat, and the constant cacophony of the jungle.  We had dirt in places we didn’t know we had.  Our last PowerBar couldn’t power us at all in these circumstances.

“Ow…get your fingers out of my face,” Steve complained with growing exasperation.

“I’m trying! I just can’t budge much either. Hold still,” I said and attempted to rearrange my whole body.

In the dimness, we wrestled, twisted, and worked to disengage our limbs from each other. It’s often hard to tell your parts apart when you’re identical twins, like Steve and me. Now we were jammed in a space no bigger than the refrigerator box we played in as kids. Even as kids, Steve was always “King-of-the-Hill,” and I was his vassal. Now we’re both at the bottom of the hill, and he is the damaged one.

Muck and crunch. Bone or stick? Hard but smooth. But jagged and pokey, too. Yup, bones. Bones but no treasure.

“Great. Just great,” Steve mumbled. In the darkness, I could feel him staring at me, expecting me to act. I clawed at the walls of our prison once more but was rewarded with more muck and no progress.

“Not my fault. I wanted to turn right, but no, you had to go left,” I said through clenched teeth. It’s always my fault, just like it’s my fault that I’m younger by eight minutes, making Steve the important, perfect Big Brother.

I channeled my inner Spiderman and stretched my legs across the width of the pit.  I couldn’t budge upwards.  My Spidey-sense did not kick in. I must have lost it on my way down. I fell once again, landing on Steve. Crunch. Scream.

Steve’s body slumped into a motionless, unconscious pile. I was the most alone I had ever been. I roared my frustration into the universe, frightening birds and myself.

Another screech echoed back to me. A frantic flap of wings followed. A golden glow filtered through the darkness. A single saving strand floated down, alighted, and mingled with the filth awaiting our grasp.

Time for cartwheels, Ferris wheels, merry-go-rounds, roller coasters, 360s, jumping jacks, push-ups, and dreams of ice cream! The entire experience drained away, and the PowerBar kicked in. I fumbled and found Steve’s outstretched hand. He gave me a thumbs-up, my first ever.

George Lopdrup: I love Star Wars. And my dog. And video games. Also, I can’t forget spaghetti and meatballs. Aside from writing, that’s my world.