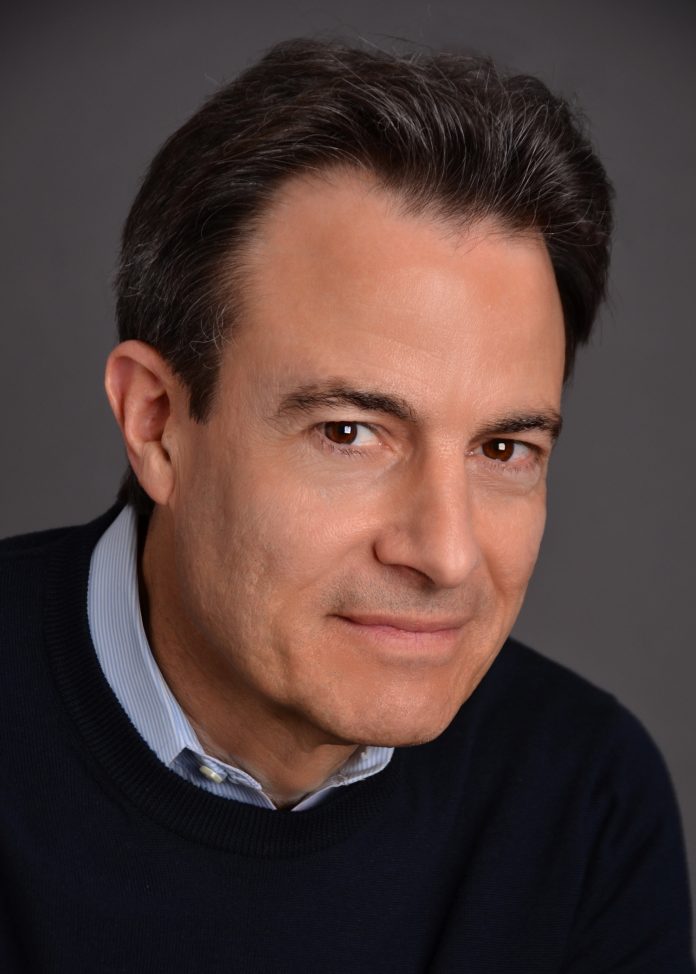 I am married with three children. After living most of my life in Westchester County, New York, my wife and I moved to the eastern Connecticut shoreline a few years ago. Marriage, family, and the ever-changing beauty of birds and trees and the sea inspire much of my writing.

Soccer is my favorite sport. I love the way the players in the English Premier League do not waste a step in executing a pass and the way they choreograph their team’s progress down the field, often moving the ball backward to the person who is in the best position to move it forward. One of my fondest memories from playing the game was the day I took a shot from fifty feet out, my foot connecting with the ball so sweetly that I barely felt it, as if it were an extension of my body. I fell to the ground from the sweep of the kick, the roar of the crowd letting me know that I had scored.

My first story was a play about my male college roommates that I submitted in applying for a creative writing course. Prospective students were supposed to provide a short story, but the professor deemed my piece to be sufficiently honest and heartfelt to qualify me for his class. He had me read it aloud one day in the seminar. I don’t recall anything more about the tale other than that it provoked a deep disgust for one of the characters by one of my female classmates.

My recently published novel, Will in Love, arose from my experiences as a cult member and a deprogrammer and from wondering about roads both taken and especially not taken as a husband and father. D.H. Lawrence’s Women in Love inspired the title. Its play of light and darkness in nature, especially in a person’s self-expression, created a dream-like landscape I had in mind while writing my piece.

Will in Love required more than sixteen drafts over fifteen years to complete. Its sequel, a novella entitled Dream State, evolved through six versions over two years.

I do not write in terms of words per day. My daily output depends on how I am drawn to use the two to three or occasionally the four or five hours I typically dedicate to the task. Some days I am only developing characters and plot and dialogue either in outline or narrative form. Other days I include in those hours research on aspects of a story for which I have had little to no experience and for which my imagination alone will not suffice. I try to get in as much writing as I can early in the morning, when I am most refreshed.

I am not sure what would be an “unusual” writing habit given the variety of ways people approach this craft. Perhaps my blend of hand-written and word-processed methods of writing and my use of particular fonts and editing markers are not common. Most of the writing takes place at my desk in Microsoft word processing software. The use of this technology makes outline development, sentence generation, and daily editing most efficient for me. I like the look and feel of Garamond 14-point font for notes, outlines, and manuscript drafts and Courier or Times New Roman 12-point font for  final short story or novel copy.

When in the early drafts of a piece I am not sure which word to use for a particular verb or adjective, I use all the words that come to mind, separating them by commas and enclosing them in brackets, and keep writing sentences. At that point the objective is just to get the story out on the page. I know that later I will go back to all the bracketed arrays of word choices, consider all their etymologies, and select the one that is most fitting. On many occasions I will not have to spend time deliberating over a particular set of word choices because as I edit the piece, I will find that I must delete the sentence that contained them.

I have often written the initial outlined sketch of a story in a notebook. Not constrained by the format of a word-processed page, I find the hand-written page affords me a quick fluidity to keep modifying the text as the first ideas of the story come to mind in an upwelling rush.

Recently I have begun to draft short stories or chapters of longer works as screenplays. This dramatic format forces me to observe with enhanced awareness the writing edict of “show, don’t tell.” Then I translate the play into the literary format, trying to assure that the characters’ actions, words, and, if necessary, unavoidable thoughts invite the reader to feel what the characters are feeling.

I occasionally play piano or guitar and sing. The pieces are either classical, such as the First Movement of The Moonlight Sonata, or rock and folk music I find evocative, such as the songs of Joni Mitchell, Bruce Springsteen, Shawn Colvin, or Patty Griffin.

Currently the greatest influences on my writing are John Updike’s Rabbit, Run, Ernest Hemingway’s The Sun Also Rises, Leo Tolstoy’s Anna Karenina, some Robert B. Parker detective novels, Lily King’s Writers and Lovers, and a non-fiction masterpiece dismissed by its critics as fiction, Julian Jaynes’ The Origin of Consciousness in the Breakdown of the Bicameral Mind.

I am working on a collection of nineteen short stories, Songs of Aging Children. Fifteen of the stories are pieces written during the past thirty-five years. I have been writing the remaining four of the past year. Thecollection reveals the journey of two life-long friends, Paul Silven and Samantha Blake, from when they were seven-year-olds growing up as next-door-neighbors to when at the age of sixty-eight they reunite the night of a Facetime high school reunion during the 2020 pandemic. They have also reunited over the decades in a few extramarital sexual liaisons.

I have also been jotting notes for a crime story provisionally entitled White Madness, which I will write after I finish Songs next year. “White Madness” is an expression from Toni Morrison’s Song of Solomon for describing her early-twentieth-century Black characters’ view of “crimes planned and executed in a truly lunatic manner against total strangers.” My novel will capture the madness of 2020 in this country, where the pandemic and a depraved, dangerously manipulative President and his rabid campaign rallies serve as the backdrop for the tale. A Black and a white police officer in a small white town pursue the prosecution of a Black physician who has been molesting Hispanic female drug addicts dependent on the medication he prescribes.

Why do you write fiction instead of non-fiction?

Writing fiction is far more fulfilling as it enables me to imagine all the real reasons why people may do what they do in a given moment as opposed to the reasons they marshal to explain their actions. I approach the motivation of a character from the point of view that at the core, a person wants to believe a dream, wants to be taken by a captivating story that offers a sense of purpose or invigorating wholeness to his or her life. And rather than having to “willfully suspend disbelief”—as has been taught in literature classes, a reader is always looking to go along for the enthralling ride and partake in the power of belief.

Lily King’s narrator in Writers and Lovers states, “I write because if I don’t, everything feels even worse.” While that statement speaks to my part of my experience, one that more fully captures why I write fiction is that because when I do, life feels more illuminated and alive.

I do not think of a certain profile of readers as I write a story. I try to write about the pursuit of love and truth as best I can, knowing that if I effectively convey a story, it will attract the right readers.

On the other hand, when I try to get a story published, I consider what market of readers will most likely take an interest in it. This consideration may not lead me to change a single word in a piece, but it helps me keep in mind that I am not just writing for myself.

Write about what moves you, especially what you may be afraid to reveal about yourself. That’s where your story lies.

The best writing advice I have received is that writing is an act of faith. If you do the work in keeping that faith, you’ll get to where you want to be in the writing. And when you do get there, when you write something that really stirs a reader, don’t take for granted that you will ever again achieve that communion of feeling with an audience.

I read about eight to ten novels each year. Currently I am reading Jane Eyre for the first time. In a recent interview, Lily King mentioned it as affecting her deeply when she was growing up. When I read a story, I transcribe and archive phrases and passages that for some reason provide an aesthetic satisfaction or feel apt for what I may want to articulate someday.

My favorite genres are literary, upmarket, and mystery novels. I prefer stories offering adventure and continual discovery, especially where characters come to realizations about their lives.

I want the most poignant take-away from my writing to be that it conveys the private challenges and exultation in seeking love amid all the pursuits of achievement and power and fame that grab the headlines.

Publishing is like any other industry today insofar as it is adapting to the future shock of the present. The message manifesting in any medium is that to be heard, an author must reach a reader in a world of increasing novelty, diversity, and acceleration. Some might advocate that authors use technological tools such as social media to identify reading trends and shape their stories to fit them. My view is that by writing a story with compelling characters and action that keeps readers turning the pages, an author will contribute to the trend that all readers follow: going for a good story.