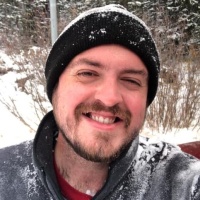 Eric Stevens writes short fiction as a hobbyist and recently moved to Colorado Springs. He’s been published twice before in Adelaide Magazine and hopes his stories will spark an emotional response and give the reader a different perspective.