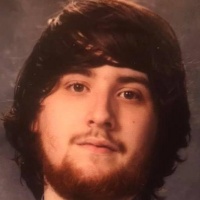 The worker pushed down the bar into the couple’s lap locking them in the cart. Michael sat to the left of Shelly. The cart was shaped like a swan, and its size pushed the two together. The track was filled with water in order to mimic a river, but the water was shallow enough to see the railing. The swan moved towards the heart-shaped entrance of the ride. The words “Tunnel of Love” were sprawled over the entrance.

“Have a romantic ride,” the worker said as the swan entered the tunnel.

“Thank you,” Michael said with a wide smile. He tried to adjust himself, but the bar was pressed down too far for him to move.

Shelly glanced back but stayed quiet. She sighed as soft music played over the speakers of the dark tunnel. Hearts adorned the walls throughout the tunnel. Michael reached his arm over Shelly’s shoulder, but she swiftly pushed it off her. Michael leaned to look her in the eyes, but she continued looking away.
“Is something wrong?” Michael said at last, breaking the silence.

“Do I really need to answer that?” Shelly said.

“Can we not do this right now? This is supposed to be romantic.”

“And why would you think that I would want to be romantic?”

“Because it’s our two-year—“ Michael stopped himself. He shook his head before saying, “Okay. What did I do wrong this time?”

“This time? So, you recognize that this is a habit then?” Shelly finally looks over at Michael.

“I recognize that this is something you’ve been waiting to say for a while, so spit it out already.”

“Screw you. You have never once cared about what I have to say.”

“Screw me? You have made this entire trip miserable. You have been moping around this entire park.” Michael waved his hand around as he spoke. “At least I have trying to have a good time. At least I—”

“How many time have I told you that I hate the carnival?” Shelly said, interrupting Michael.

“Oh really? What about the last time you dragged me here? Or the time before that?”

“Come on,” Michael said, throwing his arms up. “Who hates the carnival?”

“I do, and I made that abundantly clear.” Shelly looked away from Michael. The soft music continued to play over the two. The tunnel showed a story of two swans falling in love. The story ended with the two swans coming together to form a heart.

“What about carnivals could you possibly hate?” Michael said.

“The crowds, the overpriced food, the terrible rides,” Shelly said, holding up a different finger for each thing that she said, “and I hate how this bar is cutting off my legs.” Shelly attempted to move but to no avail.

“I am sorry that the carnival isn’t up to your standards, your majesty.” Michael tried his best to bow from the constraints of the bar.

“Look, I am trying to make you happy here.”

“How is doing something that you want to do going to make me happy? Just admit that you wanted to go to the carnival for you and that I had nothing to do with it.”

“Fine,” Michael said as he rolled his eyes. “I wanted to go to the carnival. I thought it would be fun. Screw me for doing something I want to do for once.”

“What are you talking about? Name one thing that we have ever done that I wanted to do.”

“The concert?” Shelly laughed as she leaned over the side of the swan. “I didn’t want to go to the concert.”

“What?” Michael said, glaring at Shelly. “Then why the hell did we go?”

“I just thought you had a bad taste in music.”

“I wasted three hours of my life for nothing.”

“That is a whole lot less time than I wasted on doing things you wanted.” Shelly frowned as she looked at Michael.

“Oh my god. If you are so miserable, then why are we still together?” Michael said as he stuck his arms out. Michael and Shelly locked eyes. A tear rolled down Shelly’s face as she looked away. “Wait, no. That is not what—”

“No.” she said, interrupting him. “You are right. Why are we still together?”

“You know I didn’t mean that.”

“I mean it.” Shelly looks at Michael. “I guess I just got scared of being alone, but I mean, anything has to be better than this.”

“Ouch.” Michael looks towards the wall. Red light from one of the tunnel’s heart displays fell over Michael’s face.

“I don’t hate you, Michael, but my god, I hate us.” Shelly looks away from Michael. Both of them were pushing away from each other leaving a sliver of space between them.

“So, what are you going to do about it?” Michael said. His jaw shook.

“Do I really need to answer that?”

A flash lit up the tunnel as a camera took a picture of the broken couple. The swan turned a corner, revealing the end of the tunnel.

As the ride ended, the same worker from before came to help them out of the swan. The worker raised the bar, releasing the couple from their captivity.

Mark Geisel comes from Southeast Texas. He spends most of his time working and writing at his computer.