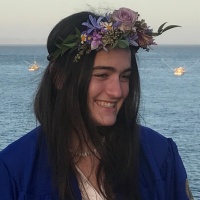 “I cannot believe you got her a kazoo.”

Gemma grimaced at her youngest child, Ayla, who spiritedly blew into my plastic birthday gift. The toddler accompanied the room as we serenaded her; she kazooed with such vigor I thought she might faint. The cake before her was shaped like a haunted house with a single candle jammed into the frosting lawn. It was March, and Ayla was still unsettlingly obsessed with Halloween. She craned out of her high chair, removed the instrument from her mouth, and extinguished the flame. We cheered! Gemma turned to me and mouthed: I’m going to kill you.

The house was full of deranged birthday shit, like these giant animal-shaped balloons Gemma bought from the grocery store. They had corrugated cardboard legs to weigh them down. As you pulled their ribbon leashes, the animals would bounce along the floor, simulating life. Ayla whipped the poor things around all night, ramming them into her guests. I think she was hoping to choke the inflatables to death.

Ayla’s three older siblings sunk into the room’s corners, away from the floating zoo. I had a feeling their birthday parties were much less involved. I babysat them before Ayla was born in high school– they lived a few floors above me. The kids loved taking their scooters to the park but often grew tired of riding and dragged them behind. The things would clunk clunk clunk against the cobblestones, occasionally pop up, and nail them in the ankles.

I was in college when Gemma texted me that she was pregnant with Ayla. I didn’t even know she and Mark had split up. When she asked me to help with her new two-year-old, I complained, “I’m going to be a babysitter until I die.”

“Just until after I have one more kid during my next crisis,” she assured me.

The older children were embarrassed by me now. They came home wearing their headphones, flung their school bags onto the couch, and pushed past me into their respective rooms. They frowned and stepped over their baby sister as if she were a puddle. I’m not sure she cared.

I was equally embarrassed to blather with Gemma’s adult friends at Ayla’s party. They were all holding their own wiggling toddlers, anyway. I passed the time wiping all the flat surfaces I could find.

“Stop doing that!” Gemma finally caught me. She snatched the limp paper towel out of my hand. “Jesus, eat some cake.”

For the next few weeks, Ayla and I involved the balloon animals in our ridiculousness. Once, when Ayla was hiding under a throw blanket, I held the brachiosaurus by its neck, tilted its head back, and pretended to take a powerful whiff of the living room.

“I smell a baby in here!” I said in a dinosaur voice, which was more like a John C. Rielly impression. She screamed and balled herself tighter under the blanket. Eventually, I attacked: Yelling and bopping her repeatedly with the dinosaur head.

“SMELL BY BABY!” Ayla would demand after each round. That was our ritual– I invented a game, she gave it an insane name, and then we played it until we got mad at each other. It’s onerous to argue with the kid because her speech development is slightly delayed, which I didn’t realize until I conversed with some other toddlers at the playground.

Ayla was tall for her age, and older kids were perpetually approaching her, urging, “Want to play insects?” or “Are you a superhero too?” She would look at them blankly and continue to steer an imaginary pirate ship like a little ghost trapped in purgatory. Then the kids would turn to me like: What’s wrong with her? And I would shrug like: I wish I fuckin’ knew.

I could have guessed about the speech. “Soapie! Soapie!” She would exclaim, motioning to her closet. It took me months to realize she was saying “zombie,” by which time she could have self-corrected her pronunciation but did not.

She was so pissed whenever Google Home ignored her, never connecting that it was because she spoke like a drunk Halloween animatronic.

“Hey, Google, what sound does a scary witch make?” I would correct her, enunciating slowly and clearly. Then Ayla would kick me in the esophagus.

Gemma came home every day to a different flavor of calamity. When I first started watching Ayla, I constantly said, “NonoNONONO!” Chasing after her with a broom and dustpan like her Roomba court jester. She would take out an industrial size bottle of sprinkles, look me directly in the eye, dispose of its entirety onto the floor, and lick it up off the hardwood. I was so anxious about the persistent mess that I had to gently rock myself on the subway home.

Gemma explained that my job was to keep Ayla alive until she returned.

“I’ll clean up after you leave,” she would assure me. I tried this system for a few days, but Ayla’s drawing on the furniture, rolling around in the litter box, and pooping in the shower (not the litterbox?!) became too much. I started taking her to the Brooklyn Children’s Museum a few times a week so she could instead terrorize its employees and patrons. The plan ultimately backfired.

“She needs to learn to share,” a mom protested in the museum’s fake grocery store exhibit. Ayla was dumping out the other children’s baskets of plastic fruit and bread so she could then throw the baskets at me. Just as Ayla taught me, I pretended not to speak English.

One frigid day, Ayla insisted we bring her balloon cat to the museum. It was the last member of the menagerie standing–er– floating. The rest had popped or deflated too much to lift off the ground. I didn’t even attempt to contend with her. I just let her drag the thing across the concrete for five blocks. At least it wasn’t a scooter? Everyone we passed could not suppress their laughter; it was like creating this parade of hysterical neighbors. The guy at the bodega gave us our chips for free.

“Don’t forget the cat food!” He wagged his finger at Ayla. She just hummed to herself and ripped the cat along the cold-case aisle.

That day, Ayla’s cat was the museum’s most popular exhibit. The parents could not physically restrain their children from lunging at the thing, and Ayla and I had to bat them away like Target employees on Black Friday. I was terrified that the cat would pop while we were there and that Ayla would detonate. For three hours, I was fighting for my own life.

I knew it was time to leave when Ayla started nodding off in a beanbag chair, hand still gripping the leash. As we pulled her boots on, one final employee noticed the balloon.

“Aw, wow!” She bent down over Ayla. “Is this your cat?” Ayla peered up at the woman and almost nodded. I inhaled sharply.

“I love her! What’s her name?” Ayla turned to me and then to her cat, contemplating it. I braced. And then:

What? WHAT? You fink her name Brown? I felt myself short-circuit. Not Browny? Brown. The cat is white. Ayla is effectively mute and has never claimed to be “finking” about anything. Did she come up with that on the spot? And then say it? To a stranger?

I spent so much time with Ayla– intimate, high-emotional-stakes time. Just the week before, she had pulled a knife on me. She had grabbed the chef’s knife from the drawer while my hands were fully submerged in a bowl of brownie batter. I had to chase and tackle her to the ground, sure that at least one of us would get stabbed and die. There were still chocolate stains all over the hallway! And even so, I didn’t know her at all. She grew too quickly and changed too much. At which birthday party will she sink into the corners, away from me?

When Ayla’s siblings were six, seven, and nine, Gemma warned me on her way out that they were “recently curious about sex.”

“All of them?” I asked. She was already out the door.

“Can you have sex with a baby?” The middle child asked me. “A cat?”

“How big is a human egg? This big?” The youngest child made a fist and brought it to her eye like a telescope.

“Way too small to see,” I massaged my eyebrows.

I prayed for Gemma to come home early so I wouldn’t permanently fuck up her kids with all the wrong answers.

The other week, I walked in on Gemma and the middle child in a serious discussion. She’s thirteen now, has pink streaks in her hair, and only wears men’s XL sweatshirts. At a recent sleepover, she and her friends had gone onto a website where you can video chat with strangers.

“Did you see any penises?” Gemma demanded.

“No!” she noticed me listening and crawled inside herself.

I thought: I’m not sure how, but this is my fault.

I stared down at Ayla, who stared up at the museum worker. Usually, she’d be melting down by this hour, but she was calm. I then pulled Ayla, who pulled “Brown,” out the automatic doors and into the cold. We ambled slowly so that Brown could smell the occasional tree.

“Does she smell a baby?” I asked. Ayla nodded, like: Of course.

Violet Piper is a recent graduate of UC Santa Cruz, where she studied astrophysics. She works as an artist’s assistant in Brooklyn, writing whatever and whenever possible. In 2020 she published an article in Slate magazine about working with elders during the pandemic. This year she’s published a poem with The Blue Mountain Review and an essay in Olit.