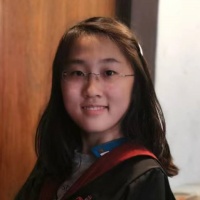 All claims I have made are tentative; I warn the reader against my bias, but I shall do my best to be honest and accurate. Discourse is welcomed.

“…yet another school shooting in this country…”

“One is too many, but fourteen…just horrible…”

“Authorities are mortified because the sheer number of children involved….”

“The situation is very fluid; someone severely injured the authorities believe is dead recovers in the hospital…”

A country where schools have to practice shooting drills, is a country that needs to have something addressed. “What do we tell our children, our 9-year-old? Our 5-year-old?” I have reason to believe, to prophesize that a day will come when a school shooting reoccurs; this will not end unless something is taken away from the American people. I have first known of this shooting through my WeChat subscription accounts; I care less about how the event is delivered by the domestic media, but about voices in the comment section: sympathy and condolences to the children and adults who were killed for once drowned the banal criticism of America.

We are at the mercy of what the domestic media decides to give us, the perspective they instill in our minds, of the image they construct in us of America, until what we think of upon hearing “America” ceases to be America itself, like we ever thought of America untaintedly, but an image of it as tirelessly and diligently constructed by the domestic media. It is a distorted image with the vices exaggerated and the good downplayed; well, this is to be expected, since the media does not want itself to be brandished self-contradictory, confused of its own stance. America is our Emmanuel Goldstein, he is threatening us, and we are threatening him. And perhaps, just perhaps, we are America’s Emmanuel Goldstein, and he cannot tolerate us but tolerates us. Some would say we have been tumbling into the Thucydides Trap.

I do not wish to express hostility nor support toward America at this moment, because such sentiments would not contribute to anything except hatred; if one wants to hear some bitter comments, the media is overflowing with it. The same words, when coming from the enemy’s mouth, were the utmost evil; yet when they come from our own mouth, they are unquestionable, excusable, and even praiseworthy. Why is it that in the comment sections of the various WeChat subscription accounts, there is only the thumbs up and no thumbs down? It would be easier to find dissenters this way; if one puts a thumbs-down on a comment that criticizes America, then he would naturally be an “American spy”, and he would see everyone in the comment section, the whole Chinese population, turn their backs swiftly and become his enemy, united by some unknown force. One commentator asked, out of unbelievable ignorance, “why can’t they just ban guns?” Well, if it were that simple, then the USA would likely have already done it. If one has no understanding, not even a basic understanding of what guns mean to the American people—though such meaning may have changed since 1791—then one should hold one’s tongue and not mislead more ignorant beings.

This, if only this statement, is one I agree on with Biden, in his address. Just one week ago, Biden had mourned the victims of the Buffalo mass shooting. Now he is mourning those of Uvalde, Texas.

Perhaps this problem is unique to America, because this right is unique to America. China does not know of this right; it is a foreign right. The tragedies that occur as a result are foreign to China as well, perhaps. This may be one reason many in this country do not grasp the matter, not to say that those in the USA would certainly have a better understanding. When a child asks if going to school is safe, how shall his parents answer? That there would be shooting drills and that his government is doing what it could?

“White House flag lowered to half-staff following Pres. Biden’s order as ‘mark of respect for the victims of the senseless acts of violence’ in Uvalde, Texas, elementary school shooting”

The White House flag and American flag flutter listlessly under a grey sky. The number of murdered children became 19 when it had been 18 mere hours ago. Please, media, do not encourage festering ignorance but comradeship and solidarity, because in such times, they cannot be more lacking and more in demand. In the media, ignorance festers. Any voice uncomfortable to the orthodox ear is silenced without hesitation. Hate and ignorance are a transmittable disease, more sinister and insidious than the COVID kind; some possess antibodies while others willingly become the host of the virus, the Virus of Ignorance, the Parasite of Prejudice. The pandemic brought about, or rather, brought to light, a more lethal kind of virus: the Virus of Ignorance. It is this virus that mankind has to overcome before it overcomes the other, more recognized virus, before it could ponder the possibility of vanquishing, at least subduing, such an enemy. We are overtaxing ourselves putting out the visible flame when the invisible flame is left free to rampage and impede our efforts. To those who think voicing dissent, or even having the capacity for dissent, is an evil, I say not that they cannot be possibly more mistaken, but that I feel sorry for them and their minds.

I do not know if the virus has inhabited my mind, for the ignorant man scarcely acknowledges that he is ignorant. I do believe that this virus is in my mind as well; hardly anyone alive is immune to its impacts. But every day, I fight this virus. This virus plagues my countrymen, this virus plagues those of other nations, this virus plagues the press and the media, the governing and the governed, the ones in dosages of bliss and the ones in bouts of pain, the downtrodden and the privileged, the man of virtue and man of vice, the blessed and the damned, the ones thinking they are free from harm and the ones thinking they are condemned.

Thomas Paine had said, almost three centuries past, that:

“When my country, into which I had just set my foot, was set on fire about my ears,

It was time to stir.

It was time for every man to stir.”

And yet we are still fast asleep, our minds conjuring up images of playing with our child at the beach or finding a budding bellflower in our garden, ignorant of the reality that our child is dead, and the world outside our windows is ablaze with a hellish flame.

And yet we sleep through it all, while the fire has crept up into our rooms and onto our bed.

And yet we sleep through it all, as the flames engulf us and shroud us.

And yet we sleep through it all, until we cannot sleep.

Until we cease to be.

A people who has never tasted freedom does not know to ask for it; a people whose freedom is taken away will fight for it with their last breath. It is thus far more difficult to endow freedom than to take it away. This is roughly the case with China and America; it is a crude simplification but nonetheless has a component of truth.

Near the beginning of Cataline’s Conspiracy, the author Sallust had said that “I will, therefore, give an account of Cataline’s Conspiracy in a few words and as accurately as I can.” Many writers, whether of antiquity or during more modern times, have pledged to give a truthful account as best they could. Yet, whether they have carried through with it, or whether they have allowed conscious or unconscious motivations to cloud their judgement, one cannot know. I have, at the beginning of this piece, claimed that I would be as honest and accurate as I could. It is up for the reader to decide whether that has been the case throughout my writing, or that I have, despite my promise, fallen victim to an inevitable human error like many before me.

Yunxiang Zhang is 17 years old and from Beijing, China. She loves to write and uses it to call for social change. Yunxiang enjoys reading books related to history and political philosophy.