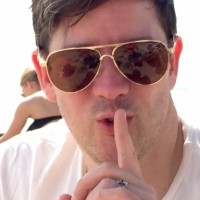 Jim Jack couldn’t find it. “Do you know where my phone is?” “Don’t you have a fucking app for that?” she asked back. Eventually, he would locate it himself and walk back out of the room. Buried under her annoyance, she felt the outline of a past resurfacing inside her. Addiction’s not cute, but it can be disastrously funny and then tears. Nothing beat laughing after a terrible day. Sometimes when nothing seemed to go right, it was worse. Evidence that the world was conspiring against her. Everywhere she looked was another head nodding out over a screen. She saw the population take on the postures of blissed out users. It made her body ache for old habits.

Jill didn’t drink which was why he stopped drinking. She said it was poison that messed with her chakras. If those were blocked, she wasn’t going to sleep with him. Out went the booze and the late night bar runs. But he disliked how Jill badmouthed his tech. No one talked shit about the wheel or the airplane. The smart phone was like the Swiss Army knife of information. Really move the needle without leaving your bed. Why the fuck would you marginalized it? After sadly sliding the device into a bedroom drawer he looked at the mirror on the wall in front of him. He staring at his reflection, fixed his hair, and tapped the underneath of his chin with the back of his hand. Slimming down was the goal. But arguing was not how you consented her to bed. He wanted to eventually ease her into a sex tape.

He’d stand naked in the dark of the bedroom, waiting for Jill to emerge from the bathroom. The draped windows glowed a passive green tint from the street lights. It made her freckled skin look like a glowing polka dot wrap coiled lovingly around her muscles and bones. Her hair was a red Medusa mane. Jim would slide his fingers through her hair all the way down to the snugness of her skull. His erection raged down below his ribcage. The golden square of his crotch radiating heat like a chemical burn.

She said it made her shy when he looked at her. Her nipples poked out in the darkness. Jim cupped his hand, running it down the front of her body, slipped a few fingers inside her. Her hand’s solid grip guided his erection into her. His body seized up as if each cell of his body became bound up inside of her. The words ripped out of him like torn pages from book. His breathing turning choppy and erratic . She called him a fascist for sex and he said he would do whatever she wanted. “You prove my point,” she’d respond and grind into him harder and he’d moan or go speechlessly. Like some sort of cable running through him, he couldn’t resist her push & pull. “From poison to porno with me,” she’d tease him. Jim would toss most of his life accomplishments into a fire if it meant more of her.

A transfer addict finds a new thing to consume. They are as unpredictable & dangerous as fire. Mechanical & methodical as a treadmill. Maybe a narcissist. Definitely vain. But always very, very secretive even to himself. Parts of him were more firewalled than others. He sometime felt like a conversation with a stranger on the train was more insightful then the ones he had with his closest friends and family. Could the stranger have a better idea who he, Jim Jack, was more so then he could ever fathom himself.  “So I would want to go with them and maybe have sex with them or murder them.” He was no killer. More like a talker with an interrupting habit. It served him as it infuriated others. He thought that was funny.

Each time the bar room door opened with new comers and goers, a blast of daylight flashed everyone’s eyes. You couldn’t help, but turn your head towards the light. It was so sudden every time. The door slammed back shut and the day drinkers’ pupils dilate wide like frog eyes popping out of everyone’s head. The bartender was our rare, sober, motorman as everyone else’s train of thought went sliding off the track, derailing in slow-mo. Jim would cup his mouth with both hands in a megaphone mocking gesture, and shout, “another round!” as he descended on a table near the back of the bar.

“When did the world switch from being a scared one to a scary one? It’s like Hallows’ Eve every goddamn day. Spell live backwards and it’s e-v-i-l. I can barely take it.” Jim Jack was on a tear. “I still dislike when I can’t get stoned for the day. Everyday,” he said to the strangers around him.  “You know what the original sin of getting away with anything is? Getting caught doing it. A self-fulfilling prophecy of stupid acts. Circus of life. Circle of life.” The bar felt like it was a ghost cloud they could party inside forever. “To be honest, the thrill of irresponsibility gets me off.”

Jill wrapped the belt around her right arm in a seductively slow curl of her wrist. “Obsession is a funny thing, isn’t it?” she used to say, her veins popping. Him and her. They were levitating inside a ghost cloud far from the world. There was no door. There was no daylight to break the spell. The surge of warmth floated along his skin as if he stood in a hot stream warmed by the earth. Always looking to die stylishly, he prayed for lightning. “If I am struck dead, will I hear the thunder?” Love can be a deep set need, but addiction is like love without emotion. A deep rumbling echoed in the sky as if the Universe was moved with great amusement. The cogs and gears and ropes flailed against each other for purpose. A silent explosion light years away like a door to a bar swinging open. Spectacle and order huddled together tightly holding hands. Looking into each other’s eyes for answers.