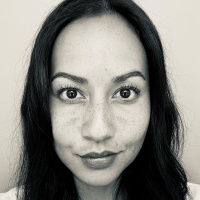 People used to say I was special. It wasn’t so much that my personality set me apart, I was painfully shy and gave little of myself away. The “gift” I was told I had was an intellectual ability, that much I had discerned from the context in which my “otherness” was praised. I don’t remember reading as an ability, the same way writing would never be something I saw as a talent. Reading, from as early as I can remember, was like breathing – it cost no effort and was imperative to my survival. I read a lot and often and it made me feel better to be able to escape into a world through words on a page. I eventually outgrew the notion that I was special. I never outgrew the need to escape and the habit of reading that enabled me to.

One of the most popular questions on the school playground was, “If you could have any superpower, what would it be?”. I had two standard answers to this question: “The Ability to Fly” and “Being Invisible”. Being able to fly like Superman was a common theme in this survey and a frequent answer in our early primary school years. I remember getting to Year 6 and realising that if you fell out of a building but had the ability to fly, it was a way you could actually thwart death. One less thing in the world that could kill you. At 11 years old, it occurred to me that this answer might not be considered “normal” when being polled on superpower preferences, so I chose not to mention it, although this theme would be something I would return to again and again as an adult.

We thought invisibility was an excellent choice, sort of like the “thinking man’s” superpower, reserved for those of us with a higher-than-average IQ (so, the girls). It was both practical and sly and could not only get you out of slimy situations (having to go to school on a Monday), but could get you into situations that were otherwise private (a conversation between your crush and his friends). At the time the TV show “The Secret World of Alex Mack” was a favourite of mine and the lead character, Alex, could transform herself into a liquid at will and re-solidify into her normal state elsewhere. This to me was the same idea as becoming invisible when convenient – she could overhear conversations with friends and parents while remaining undetected and elude any place or person through her ability to simply disappear into thin air (or water, in this case).  From memory, she wasn’t trying to save the world like Superman did. She was simply navigating the experience of childhood with a trick up her sleeve. Similarly, I fantasised about having superpowers not to elevate me to the role of superhero – I wasn’t dreaming about turning into someone with a mission to save lives. All I wanted was a way to better endure my own.

Looking back, it’s funny to think I would choose invisibility as a superpower. I think of it now not as a power to be gained, but as an ability to be lost – that of being visible. For me, becoming invisible was a by-product of larger, more important things.  Something that happened as a side occurrence, not as the main event. I got married and had children and my life became overshadowed by the pressing needs of theirs. Maybe I really was a superhero putting others before myself, but I didn’t feel like one and I didn’t act like one and to the rest of the world I didn’t look like one. I couldn’t fly like Superman. But I could disappear. I wondered on occasion whether Alex Mack would have grown up to become a wife and a mother and continued to use her gift of turning into a liquid to survive adulthood, just as she’d done in childhood. Maybe she wouldn’t have needed a way to survive it, maybe that was only a persistent theme in The Secret World of Me.

Although my world grew small, to the size of the babies I was raising, and my day-to-day life was measured in nappies and meal-times and hours of sleep (both mine and theirs), it eventually began to expand again, increasing in dimension as my children did in age. I found I could see beyond the immediate basic needs that required constant upkeep, and the same duties that had once loomed over me and dictated my day were reduced to what they had always been – quantifiable details in the life of a parent. They bored me. It wasn’t enough. The exact contents of lunch boxes and day-time naps disinterested me. It dawned on me that food and sleep being essential to my children’s survival was the only thing that had secured my interest in the first place. As the urgency waned, so too did my attention span. I yearned for more.

The problem with invisibility is that you cannot simply switch it off. In my case it was more akin to fading and once the process began, it seemed irreversible. After spending seven years as a parent and nine years as a wife, I found it difficult to present myself to the world in a way that was my own. When flying alone for the first time in years, I was unsure what to put down under “Occupation” on the arrivals card. I simply left it blank and at the airport, the customs officer asked me why I hadn’t filled it in. I answered, “I have two kids…” and he said matter-of-factly, “then write ‘unemployed’, while looking at the form. He wrote it for me.

During a conversation with friends, the discussion turned to the education of children and the systems that best foster it. After each person had given their opinion on school systems and political persuasions that supported their view, I patiently waited for an opening when I thought I could cut in with my own. It’s not that I felt I could weigh in based on my experience as a parent – my children had only just entered formal schooling, but I had a degree in Political Science and had spent years reading political theory and the philosophy that it was founded on. I wanted to allude to Plato’s “Allegory of the Cave” – a story that I had attached myself to as a university student, the same way I had used stories to better tolerate life as a school student all those years before. The childhood coping mechanism that was branded as a talent was really just a fondness for stories of all kinds, getting lost in characters and their lives and the way that they unfolded. No subject, no field of study taught me more than being exposed to other people’s story arcs in whatever form they came to me. Written word was like an ally – a tool that helped me, rather than a weapon I harnessed. Being comfortable with text meant I could access more stories, it meant that I could read and read and read. It was only much later, through sheer lack of resources, that I inverted this knack and realised that if I could (auxiliary function in the past) read, then I could (uncertain possibility in the present) write. When the discussion on education found its natural lull, I opened my mouth to speak but my sentence was cut short before it had even begun. In its place was the suggestion to go outside, the weather had turned pleasant after all. The sun really had come out and I simply let Plato’s Cave Allegory lay dormant in my mind, together with the idea that perhaps being invisible also meant being inaudible and if it didn’t, then how had I somehow managed to become both?

My mother told me once that an ancient religious definition of Heaven was an individual’s ability to fulfil their soul’s potential. Not fulfilling one’s potential, by that same logic, could be categorised as Hell. Unlike most things my mother told me, I could relate to that. I could bear witness to it, even. I was not fulfilling my potential because not only had I become invisible to the world and inaudible to the people around me, I had become wordless even unto myself. This was perhaps the most alarming realisation – not the isolation from society, but the alienation from myself. I had always been able to withstand my reality by finding a means to escape through my own mind, the thoughts I created with it and the words that gave them a material form, that I either found mirrored in other people’s writing or composed with my own hand. I was without the only superpower I had ever known. It felt like Hell.

The way we succumb to fears and the innate powers we possess to parlay them is a battle that may play out over a lifetime, bringing forth a different outcome on any given day.

Today, at least, I count as a win.

Zayda Dollie is a mother of two girls and a writer. After a stint in Canberra working for the UN and a long-term post in Timor-Leste, I am now residing with my daughters in Adelaide, Australia.