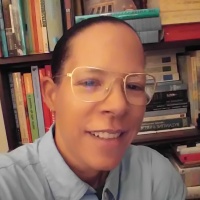 Illness and the Movement of Time

Reflections on Architecture, Music, and the Benefits of Raw Honey (2018)

The movement of time becomes painfully apparent when one is ill, either droning on during treatment and recovery, or fleeting when it appears that the illness will not be survived. In either case, time is thrown into relief on such occasions, bringing to mind some very interesting symbols and expressions of life. For me, during a recent bout with the flu — from which I happily (and obviously) recovered — I mused about the inevitable decay of architecture, conceptions of time, the beauty of classical music, and the therapeutic use of raw honey. These subjects emerged with no particular prompting, as I searched for something to free my mind from the monotony of the day.

It was one of those strange afternoons of the flu, an interlude that felt neither like a weekday nor a weekend, and I needed something to do. Feeling groggy, and uninclined to read, I reached for my beckoning phone to interrupt the hours of illness. The array of offerings on YouTube is useful at such times.

A Mansion in the Woods

Videos. In the past, I’ve learned to polish shoes to military standards, discovered the secret of cooking a perfectly medium-rare steak, and studied the techniques of disassembling and cleaning a fountain pen. How-to videos are a favorite of mine. With so many online tutorials, one can become a happy amateur in a variety of endeavors. With the flu, however, I’m strictly in the mood for entertainment, and an adventure piques my curiosity, specifically, the exploration of an abandoned mansion in the woods.

The shadows and recesses of the deep forest intrigue me, especially when they contain modern ruins, structures suggesting hints of trouble, perhaps a noble effort gone tragically wrong. The images are telling. Moreover, the realms where human intentions crumble, succumbing to the persistence of nature, are instructional, providing cautionary tales that whisper to us from the forest.

I’ve spent much of my career exploring that transitional realm where greenspaces meet the gray confines of the city. I enjoy pondering the contrasts these convergences offer, so the chance to watch videos of forest journeys — through abandoned structures and mysterious landscapes — is always a treat. On this occasion, I learn about a mansion constructed in “the middle of nowhere” woods during the 1970s, what was once an elegant family home possessed of quite a few amenities. The fact that it now molders in disuse renders it all the more fascinating and romantic. A journey through its dank spaces and shadows feels like a wonderful remedy for boredom. It’s hard to imagine that anyone would traverse creaky floorboards — all the while inhaling mold and rodent droppings — just to film the interior of an abandoned building. However, quite a few people apparently do just that, and I am deeply curious about them, as I enjoy the warmth and comfort of my living room. Who are they, exactly?

The publisher of the video is part of an interesting community of explorers, those who gain entrance to abandoned buildings — sometimes illegally — in order to discover and film decaying elements of the past, leaving, as they say, “nothing but footprints” and “taking nothing but pictures.” Most also neglect to don respirators as they forage through rubble, but I digress. I feel a sense of admiration for the videographers of the forest mansion; it has been their task to discover a forgotten home as it poignantly gives way to nature. They are very much like characters inventing their own narrative, with each step and movement of the camera. However, just as the adventurers have their role to play, the former owners of abandoned structures are also quite important.

They were the builders who invested heroic amounts of time and capital into their projects only to depart, sometimes with little notice and often without a clear reason, leaving their creations to expire. From adventurers to builders, they are all deeply interesting people.

The Image of its Maker

Anyone who builds a mansion in the woods is something of an idealist, innocent enough to desire a connection with nature, but still quite aggressive in defining the terms and conditions of that union. As the explorers approach the partially overgrown property, and their camera pans a disturbing scene of decay, the viewer sees a multiple-car garage, a walkway paneled with windows, and a series of modular constructions — all covered in peeling paint.

Although the house, in its present condition, isn’t too garish for the simplicity of the woods, it nonetheless appears to impose itself upon the landscape. In all, the scene is one of haunting loss, as well as intrusion. With each movement of the camera, it seems likely that the building’s owner will appear to chastise the adventurers for their trespassing. Anticipation keeps the viewer enthralled. One can’t help but feel that the videographers should not be there, should not disturb what was once abandoned for personal reasons and still bears the image of its maker.

Even after a bit of time to think and journal about the video, my feelings remain unchanged; although the expedition leaves no damage, and the trip was not undertaken for thievery, it still seems like a disruption of peace and sanctity, an incursion of ordinary time where historic timelessness should prevail. Nevertheless, I appreciate how much their journey gives me to consider; as I think about architecture and history, the forest mansion brings to mind a secondary but no less fascinating subject, that of a building’s atmosphere.

There is a mood that a structure emits over years of use, and even long after abandonment, an intangible quality of life. As the explorers walked through rooms and spaces lost to disrepair, I wondered about the building’s designer and the peculiar aura he (or she) managed to instill within it. And, most importantly, I speculated about why such an ambitious house had been relinquished to nature, having been cherished for a while, and then left to the impatience of rain and wind — not that long ago. For me, the relative newness of this mansion in the woods makes it all the more interesting. Relics of recent history have a special place in my heart.

We admire a modern ruin for its intrigue, and the possibility that something very dark led to the structure’s sudden and recent abandonment. These thoughts entertained me, as I watched the group walk through a surprisingly spacious ballroom, now sadly vacant and somewhat forbidding in the half light.

Eventually, they completed their passage through the once great room, hesitating as they approached the industrial refrigerators of the kitchen — one of which still contained food. It was as if the occupants had suddenly grabbed a few belongings and closed the front door behind them, never to return, poignantly separating themselves from their home, deep in the forest.

Once, the mansion might have witnessed elegant celebrations graced by candlelight, as well as ordinary moments devoid of glamor. Perhaps time fled from the builder, his children each departing for life away from the forest, upkeep becoming too expensive to manage. In fact, the video crew found a detailed assessment of the mansion’s condition and proposed value, excessive roof leaks being mentioned. More than likely, the owner left his monument to fester in the woods for practical reasons. The only biographical information discovered confirmed that he had gone to live with one of his children, close to the date of the inspector’s report. Understandably, the thought of growing old in the shadows of decay was not appealing. So, the ruin gave me pause to think about the course of time, how it quickly departs during happy episodes and crawls in the event of trouble. Interestingly, however, this anonymous mansion has much in common with all the buildings we treasure; high hopes accompanied each one.

“Therefore, when we build, let us think that we build forever.”

This thought from John Ruskin does not take into account the reality of quick decay, what takes place after less than a decade of neglect; neither does it explain the beautiful majesty of a ruin, the strange intrigue of filth, the menace of dank water, and the many questions regarding daily life on the property. Clearly, a building intended to span the decades can subside quickly, tall grass and tree roots defying its walls with ease, water claiming the foundation within a few seasons. Such is the eventual fate of all dwellings, the destiny of fragile bricks and quarried stones. No matter the skill of their rendering, or the care they receive, one day the assembled materials will fail, having briefly hinted at the power and strength of their makers. In short, a building’s relationship to posterity is clear. But what about the passing of time as it pertains to music?

After the conclusion of the mansion video, and a few reflections on my own experiences touring and studying historic architecture, I moved into the realm of classical music, where time leaves an entirely different impression.

By chance, I discovered a documentary about Jean Sibelius, who was born in 1865. Widely remembered for “Finlandia,” the anthem that beckons listeners to the shores of his homeland, this composer was also a dark woods habitué, spending hours exploring nature for his artistic inspiration. The invitation of greenery truly spans generations.

Sibelius’s mastery of the symphonic form complemented his personal life, which appeared to be a rich and peculiar existence. A long-suffering spouse, struggles with alcohol, and the timeless brilliance of his work attest to this composer’s complexity. I look forward to reading his biography.

From here, I watch films on Igor Stravinsky, Vladimir Ashkenazy, Itzhak Perlman, and Evgeny Kissin, my recuperation being slow and very much in need of music. In each case, I am struck by the swathes of time required for the mastery of a form, the years of study and the grueling performance schedules necessary to establish a career, and, perhaps, offer a wonderful contribution to posterity.

Their musical works, along with those of many others, have created what Ruskin desired for architecture in “The Lamp of Memory,” “. . . that deep sense of voicefulness, of stern watching, of mysterious sympathy,” no less than a bold expression of art. Perhaps music achieves these ends more readily than architecture because it makes no claims on the passing of time. The notes are played and recede into memory without protest. We cherish this experience because of its ephemeral nature — even as we cringe at the thought of a mansion in the woods taking on the shape of decay, failing to endure for even a generation, when its grandeur suggested that it would do otherwise. So, every creation has its rise and fall.

The Glory of Ancient Medicine

After a day of architecture and music, I still have the flu. With that, I reach across the table for a jar of raw honey, a little container from Vermont that resembles applesauce in its golden color. “Apitherapy” is printed on the front, a promise of the health one can enjoy by using honey products. I do like that notion. Ancient medicine, a wisdom close to that of builders and classical musicians, is sitting right before me, offering not immortality, but a sweet and pleasant experience of time.

AM. Palmer is a writer, graphic artist, and retired City of San Diego park ranger with work appearing in Belle Ombre, Dream Noir, Dissident Voice, and other publications. Inroads: An Urban Park Anthology is the author’s first book. Palmer holds a master’s degree in history from the University of San Diego and continues to research art and social history with a variety of upcoming projects.