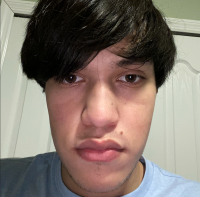 Four individuals stand in front of a concrete wall. The wall surrounds a large building. One of the four individuals, a man with pointy ears and a trench coat, looks up and down at the wall before he turns to speak.

“Okay. Here’s the plan. We’ll come back to this spot at night and climb the wall. Once we’re on the other side, we’ll sneak in and get out with the king’s sword. It’s easy,” the man says.

Another one of the four, a man with armor and a shield, looks at the man with a nervous gaze.

“Um, Roger, you always say the same thing whenever we do a job and it always goes wrong,” the man in armor says.

“The last city was on fire,” says Arthur.

“Ok, so some or most cities we been to have been set on fire, but it was always Alvin’s fault,” says Roger. He points to a dwarf with armor and drinks from a gourd.

“That wasn’t my fault. You said you wanted a distraction, and you got your distraction,” says Alvin.

“By distraction, I didn’t mean set the city on fire!” says Roger.

Alvin shrugs and continues to drink. Next to him is a young man, wearing a white robe, he sighs at Roger and Alvin’s conversation.

“I wish I was caught in the fire. How unfortunate that I survived,” says the man in white.

“Stop being depressing, Ken. Have a drink,” says Alvin, offering his gourd to Ken.

“Don’t give Ken alcohol Alvin. How many times do we have to tell you that?” says Arthur.

“He’s a growing boy, he needs this. I had my first drink when I was five or was it six? I don’t remember.”

“Let’s focus. We have the king’s sword to get. Think of all the money we’ll get when we sell it back to the king,” says Roger, staring into the sky with drool trickling down his mouth.

“Are we going to use the distraction I set up?” Alvin says.

“You set up a distraction? When is it going off,” says Roger.

An explosion goes off in the northern part of the city. After a few seconds, the main gate opens, and a flood of guards run to the area of the explosion. Roger has his mouth open wide; he turns to look at Alvin who is still drinking. He closes his mouth and lets out a sigh.

“We’ll talk about this later, for now, let’s sneak in.”

Roger and the others climb the wall. They land on the other side and search their surroundings; Roger sees an open window and motions for his friends to follow. They climb inside and find a hallway with multiple doors.

“Am I seeing things again or are there a lot of doors in this hall?” says Alvin.

“We all see them, Alvin. Do you think they’re booby-trapped with magic? I hope it electrocutes me,” says Ken.

“Who booby traps a door with electricity?” Arthur asks.

“Search all the doors. Call if you find the sword,” says Roger.

Roger opens a door and finds a closet. He opens the next one to find another closet, and another, and another.

“Why does this place have so many closets?”

“Roger, we’ve searched all the doors. That just leaves this one,” says Arthur. He opens the door. The moment he touches the doorknob a magic circle appears on the door; Arthur is electrocuted by it. He screams in pain and rips the knob from the door. Arthur drops to the ground and takes deep breaths.

“Heal him Ken, Alvin and I will search the room,” says Roger. Ken’s hand let out a green glow.

It doesn’t take long for Alvin and Roger to find the sword. The sword is on an open display case with other items. Alvin reaches for it, but Roger stops him.

“It must be booby tapped,” says Roger.

“Then how are we getting it?” says Alvin. Before Roger could answer, Arthur stands up.

“I feel so much better, thanks Ken. So, what did I miss?” says Arthur as he puts his elbow on a nearby display case which causes a vase to fall. This causes a magic circle to appear, and an alarm goes off. Immediately, guards flood the room. Alvin and Arthur move to fight them.

“What are we going to do Roger? They’re going to overwhelm us with numbers!” says Arthur.

Roger looks around the room, his eyes going between the oncoming guards and the sword. He grabs a nearby guard and throws him at the sword. The guard knocks over the sword and a magic circle appears. An explosion goes off in the room. The group is sent flying outside.

“A little warning would have been nice,” says Alvin.

“Why are you so sad?” says Arthur.

Roger sees the sword land near them, and he grabs it. He turns to where the guards are and yells, “Take that you sons of bitches! It’s time to go, guys!”

As they are running Roger turns to Alvin. “I’m going to need another distraction.”

Alvin smiles then pours alcohol everywhere before setting it on fire.

“Why does this keep on happening!” says Arthur.

“I know right? I just can’t seem to light myself on fire. How unfair,” says Ken.

“I have the drinks,” says Alvin.

“There’s never a bad time to have a drink,” says Alvin.

Alvin hands out cups to everyone.