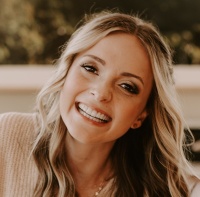 At nine years old, I was Hermione Granger.

That all-too-familiar feeling of adrenaline and fear always seemed to creep in at the most inopportune times, that beast. It made my tiny hands shake at family gatherings, birthday dinners, and Christmas luncheons. Before I was old enough to write in any semblance of practiced script, I learned that there were times when I could not hold onto anything. One of the few things I learned that I could hold onto, could clutch, could hold tight to my chest like a shield was a good story.

My mother’s soft knock at the bathroom door. Sweaty palms as I let her in. Little to no relief as she held me. The Dragon perched on my shoulder.

Sometimes, I would write. I imagined I had not locked myself in my grandmother’s bathroom. There was not a small bowl of too-pungent potpourri to my right, a metal trashcan to my left, and a keen sense of humiliation in the air. Instead, I was in a dormitory working on storytelling homework that my professors would surely disapprove of. I giggled to myself often as I wrote stories about girls who fought dragons and kings and evil gods.

The girls always won, and there was always a happily-ever-after. I thought of them when I fought my Dragon.

When I learned of my diagnosis at ten, it gave a name to the feeling—panic disorder—but I still held on to the notion that I would defeat it like a great dragon someday. I would have order. I would shut the door on every thought that made my heart beat faster than any nine-year-old’s should beat.

A friend asking why I was sick so often. Unexcused absences and the taste of metal. Middle school dances that went unattended over and over again.

At fifteen, my brain locked me inside of my house. The technical term is agoraphobia, but that always felt too clinical and removed for me—the white-hot panic attacks felt too real, too big to be described in such clinical terms. I reflected on the stories that had been as much sustenance to me as food and water when I was younger, and I found comfort in the characters who influenced me.

Sometimes, I fancied myself Rapunzel, locked away in her tower. The Dragon was sometimes Gothel, an easily identifiable antagonist who I knew would be beaten in the end. But life does not follow a neatly categorized three-act structure. There is no easily identifiable conflict. The side characters do not always say the perfect line with a well-placed dialogue tag attached. The Dragon is not just one thing. There is no final battle that ties up every lose end and answers all questions.

In the end, my savior was not a prince on a horse, but one tiny blue pill. And the fight is ever ongoing. The prince—the pill— is not magical, and it can only do so much: Quell the shaking. Reduce a nurse’s grimace as she takes my blood pressure, back then like that of an elderly diabetic. Ride into battle more than once, no victory every decisive. Lull the Dragon to sleep, but not to the oblivion of a complete death.

The four walls of my bedroom. Staring at the world through a screen only slightly larger than my hand. Unopened emails and unanswered calls. A half-eaten bagel growing hard and stale. Growing smaller.

On my seventeenth birthday, I was Jane Eyre. When the Dragon came, surrounded by my closest friends at a party I should’ve enjoyed, I imagined the panic was akin to some mad wife locked in an attic somewhere distant. It was something devastating, destroying, but something I could deal with. I fled to the comfort of my laundry room (my own Marsh End) until the shaking of my shoulders subsided and the Dragon lay still within me.

Eventually, I rejoined the party. No one had noticed.

This was not the resolution, though it would not be the first or the last time I wished it were. It was not the falling action of my story; it wasn’t even the climax.

At eighteen, I struggle to find identity within any of my beloved characters. Before I was myself—or, before I had the strength to be myself—I was fictional character after fictional character. At eighteen, there is no archetype that I feel I can comfortably slide into. There is no second skin made of words for me to fall back on. Perhaps this means that I am now writing my own story, which is such a cliche but also unequivocally more terrifying. I’m unsure of my own Hero’s Journey even as I write today. And I am still fighting the Dragon, but I think the beast is tiring.

Nails bitten to the quick. Decaf coffee. Chemistry at my desk, laden with late work and reading to catch up on. Mindfulness podcasts. A stack of my favorite novels that served as a small but mighty comfort.

I remember when she was not so easily fended off.

I am not shaking anymore. But I remember.

Perhaps I will tell this story now that I am here. Perhaps some nine-year-old will read it with trembling fingers, and perhaps she will take comfort in the fact that the Dragon is slowly, slowly dying.

Kaylin Moore is a writer and worrisomely avid reader who lives in Middle Tennessee. She is an Honors undergraduate student pursuing a Bachelor of the Arts in both Publishing and English at Belmont University. Find her at @cimberleykaylin on all platforms.