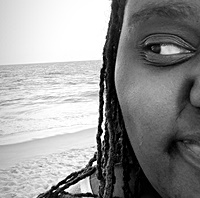 Kira twirled her index finger repeatedly around the metal utensil submerged in her caramel latte. She despised the waiting game as much as she despised the beverage, but she remained content. It was her who showed up twenty minutes earlier than she and Sarah scheduled. At her fifth observation of the time, it read 10:54am. She had six minutes left to prepare as much of her speech as possible, be it Sarah would give her a chance to speak.

“I assure you it was not my attention to break up your parents’ marriage,” She spoke aloud in a tone only audible to herself.

Thankfully the seating in J. Marie’s Coffee House was rather spacious. She’d sat at a two-chair table directly in the center to be easily visible. She planned to admit to Sarah how quaint and serene the place was. Thinking back on the conversations she’d had with Sarah’s father Walter, Sarah loved J. Marie’s place since she was in high school. Kira refused to indulge in the thought that there was an ulterior motive for Sarah to suggest having coffee there. It was best to honor Sarah’s wishes as it took tooth and nail for her to agree to the meeting in the first place.

The coffee mug had just left her lips when her eyes caught Sarah’s entrance into the shop. Her sight was sent to the wooden wall clock that hung to the left of the entrance. Sarah had arrived two minutes early. Kira evicted the postnasal drip from her throat and entwined her fingers together as she watched Sarah’s petite figure close the distance between them. Her smile hadn’t been reciprocated, as expected. Instead, the smile from her guest went straight to the servers at the counter with a short wave and a nod. Kira took note of the server who nodded back and used that as an ice breaker to begin the conversation.

“Some very lovely people work here. I can see why this is one of your favorite places, it’s very serene and-”

“With all due respect, the introduction to this conversation should not begin with facts you learned by a man I don’t respect. Nor should you try to appeal to my ‘good side’ because you think it’ll make this meeting go smoother. You said you had something you wanted to share, yes?”

“Sarah I’m just trying to warm into it is all. I’m not really one to jump right into things.”

“Oh, really? That what you told Walter too while my mother was waiting up for him half the night? Or perhaps he was the one jumping.”

“Don’t you dare use that word with me.”

“I promise you, I had absolutely no intention of breaking up a marriage.”

“Yeah I get that. Home-wrecking in secret is much more entertaining.”

“Will you please let me explain? You agreed to hear me out.”

“Fine, go right ahead. I’m listening,” Sarah replied, one Demin-covered leg crossing over the other. The server appeared seconds later with a lidded travel mug and handed it to Sarah. She hadn’t sipped it, only held it firmly as her copper/colored irises pierced into Kira’s anxiousness.

“You said that already.”

“And I mean it. I never came onto him, never gave him any impression that I wanted anything more than a professional connection, especially not a romantic relationship. I knew he was a married man. Even when he mentioned things about his marriage failing and ranting about how unhappy he was, I kept my distance far from the topic.”

“So what, then? Are you saying my father seduced you?”

“Well, sort of. It’s a little more complicated than that.”

“You’re the one who wanted to explain,” Sarah retorted, her posture straightening.  Kira adjusted her position as well, applied more to her right side as she exhaled for the first time since Sarah’s arrival. Sarah’s gaze fell to the hardwood, pulling the lip of her travel mug to her mouth a few seconds before she placed it on the table with a grimace. Kira narrowed her eyes at the cup before looking back to Sarah.

“You’re not really into the coffee,” Kira said, nodding in the direction of Sarah’s travel mug. Sarah raked her fingers through her brunette strands before meeting Kira’s eyes with her own.

“My father hates it, so I tolerate it,” Sarah replied with a shrug.

“I see,” Kira exhaled, resting her fingers around the mug handle. Sarah’s stare left the window to the right of her and followed the sound of Kira’s foot tapping.

“You’re not in love with him, are you?” Sarah asked.

Kira’s downcast gaze was her only response for a moment. The only sounds audible were the chatterings of other customers and the froth machines behind the counter.

“I thought I was the only one who thought the coffee was bitter,” Kira said, breaking the silence between them.

“Yet we still drink it.”

The silence fell between them again, and yet the tension thinned. For a moment, Kira would bet her life that a hint of a smile was written on Sarah’s lips. Though she didn’t know the intent behind it, she accepted and returned it. A server approached them and ended their brief moment of understanding.

“Would you ladies like a refill of your latte and black coffee?” she asked. Both the ladies shook their heads in refusal and with a nod the server disappeared.

Alicia Young is a strong fighter and supporter of the literary arts, believing in the freedom of expression and creativity without limits. Having been published in a short story anthology and published her own book of poetry, she continues to focus on encouraging and motivating others to pursue their writing and creative goals. She is currently obtaining the appropriate skills and attributes to become a motivational speaker and educator in the field of creative writing. Alicia is a student at Full Sail University, an active blogger and spoken word artist who travels and performs locally throughout the Pittsburgh area. She also records and publishes readings of her work as well as inspirational encouragement on her YouTube channel.