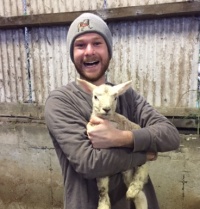 Did you use a rubber?

No. Course I didn’t use a rubber. I mean, Christ, yeah now that’s an idea. But I’m not an idiot. Watch where you’re driving.

Well. Hell of a way to celebrate a three month birthday.

Easy now, not in front of the kid. And don’t tell me how to drive.

Shut up, he checked the child bundled asleep in the back seat.

Just saying, pre-cum got yah is what happened. Will doom the best of any man so I say.

Shut the hell up. Lights green. And at least I’m still getting some.

Ha. Listen, I’ve been with enough girls to know that no one knows what they’re doing, not even you tiger. Sex is nothing but slop and dirt and stink. So I’m over all that.

Oh yeah? You? You’re done with all that huh?

Yup. Nothing but farts and groans.

You got away for two years, come back now and say that and you think I’m the idiot?

Hey, not my kid who is getting DNA tested. Guy like me, I leave no trace.

I swear to God. Why are you gonna make me crash this car?

Relax, you’re all fired up. I shouldn’t be getting you going either, that’s on me. Just trying to make it light.

I think it’s your kid.

Well, I mean shit, he fits right in, already hanging with us and not a complaint in the world since I seen him, gotta have our blood.

Well you got me there. I’m not sayin the kid is bad, I just think she’s a liar.

You think she was shaggin someone else?

A year ago, or something. Doesn’t matter.

Huh. Why didn’t you ever tell me? Or her?

What? Over the phone? Not an easy thing to say when everyone is saying congrats on the kid, hip hip hooray. I mean she threw that whole get together. That surprise. The announcement like she won the fucking lotto or something. Hard to speak in front of a room full of family and friends, thanks for coming and by the way, is it really my kid? Anyways the whole thing took off. Bang, nine months and three months and I got a kid now.

Well shit. Shit. I really got nothin to that. But frankly, with me sticking around we don’t even need her. We can raise this kid right in the family.

Oh yeah? Slow down a bit here, coppers will stick behind this wall.

Raise the kid though. I’ve gotten into it myself pretty dang good.

I’ve been around before. We’ll let Ma handle the handwork.

Sure, Ma would love that on her plate.

Sure she would too, all us back together, plus one more? How is she since pop?

Same as she was when you left.

Nothing. What if it’s not your kid?

Might as well could be at this point, three months of work and pay qualifies owning the baby in some parts.

Man, I don’t even want a baby if it’s not mine.

Not even a little?

Pops would say that’s what they call growing up.

Don’t know why I thought of that. So you’d leave though?

What do you mean? That’s how it is.

Then yeah, if it’s not mine, fuck I would leave. Today. I’d leave today. Drop the kid at a firehouse and I’m gone.

Alright. Alright. Relax. But now, what if it was your kid though huh? What are you hoping for here? You love this kid, if it’s yours? You want this kid?

I love the kid if it’s mine.

And in an hour if he’s not your kid, you won’t love him anymore?

Really though, you could. Just saying if you never thought about that side. I gotta bring that up. The soft side. Change a life, a baby is a blessing, that’s what they said when you came around and I didn’t believe it. But yeah, you got me there though, I don’t know. We never had this in front of us before. Could still manage having a little fun while seeing that he got off to a strong start. Probably just work more and not drink as much. She could really take care of it. Well. You think the other guy will be around?

You think she’ll take care of him?

I’m trying to give people the benefit of the doubt. I mean, it’s a kid man. A living thing. A baby!

You don’t think I know that, been there for damn 90 days. Hell you so into it, why don’t you take him?

The baby made a noise in the back. The dad said nothing.

You upset him a little, huh? Why would I take him? Ha, not my kid, brother.

Not yours but fell to you. Not sure what to make of that either. But you’ve got a kids life you can change. Save a person’s life, that’s comic book shit.

Always is, hard choices. Bad news too, you’ll probably get no glory.

Yeah, well. I’m not much older pal. Maybe time to wisen up yourself.

Yeah, well. Like you said, not your kid in the backseat, not your kid to take care of. You just go off and run when the times are tough. Why don’t I act like you, follow suit?

He stopped at a red light. You watch it. You fucking watch it.

Don’t tell me about what I did and didn’t do. Like you said, shits hard. Is for everyone. And yeah I ran. I ran when I was scared. And maybe that’s why I’m telling you about some options. Time to grow up.

At the front door of the building the younger brother got out and got the kid and the older asked if he wanted him to come in.

Inside they were seen right away and swabs were taken and in a half hour the doctor came back into the room and told him that their DNA was not a match and he apologized to the younger brother and he asked if they would like a minute together in the room and he said no.

Outside he waved and the car pulled around and silently he strapped the baby in the back seat and got into the front and closed the door behind him.

The younger brother said nothing.

Ahaha! This is good, man, this is good. Hell a baby is a blessing. I like the little guy already, not gonna lie. We can do it. We can all do this. Maybe I like him more than you!

There he is, there he is! That’s the spirit.

The three of them drove home together.

Jacob LePretre was born and raised on the Southside of Chicago, where he continues to write and live today.